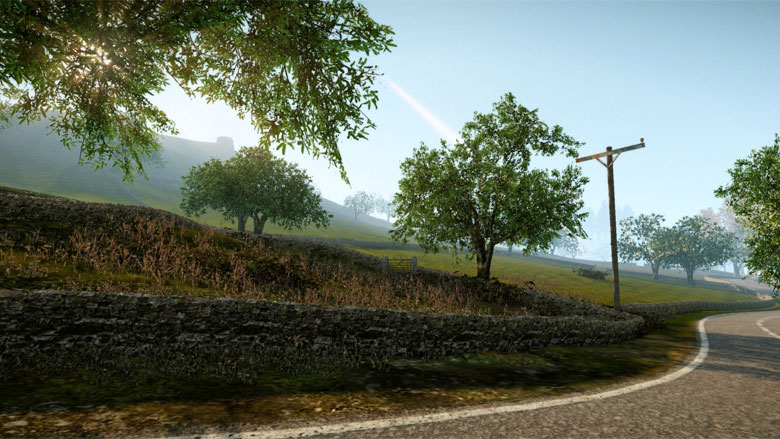 The Chinese Room, developers of Amnesia: A Machine for Pigs, are currently working on their next big name project, Everybody’s Gone to the Rapture along with SCE Santa Monica Studios, exclusively for the PlayStation 4. Being a very plot and story-centric endeavor, EGttR is definitely turning quite a few heads in the industry. The developer recently sent out a few tweets centered around their project.

When asked about whether or not the game will be releasing in 2014, The Chinese Room has stated that it would be an “unrealistic” proposition, considering that much the game is still in the early developmental stages.

@MitchellDesmond Unrealistic, rather than unreasonable 🙂

About whether or not the main engine TCR are using for the game is hard to develop EGttR with, TCR thought that the engine is not a complex one to use, and that their first attempt at working with CryEngine has gone smoothly, without any issues to speak of.

@Official_OnlySP Well, it's the very very first port, so impossible to compare, but it was a relatively untroubled port for @stuartyarham

As far as the script for the game, TCR are putting the finishing touches on it as well.

So close to finishing the first draft of the script as well. Reckon by tomorrow I'll have it in the bag. Non-linearity is tough but fun.

Founder/Consultant Growing up in different countries, Karam has a unique global perspective about gaming. He brings with him that set of eyes and ears that can look at the state of gaming from afar. His gaming loves cover just about every genre, and he is a constant presence on Xbox Live and PSN. Karam is a Systems Administrator by day and lives in Georgia with his wife and three children. By night he transforms into Aye Karamba (Live) or Aaqiloon (PSN), and his virtual aliases live online.
You might also like
The Chinese Room