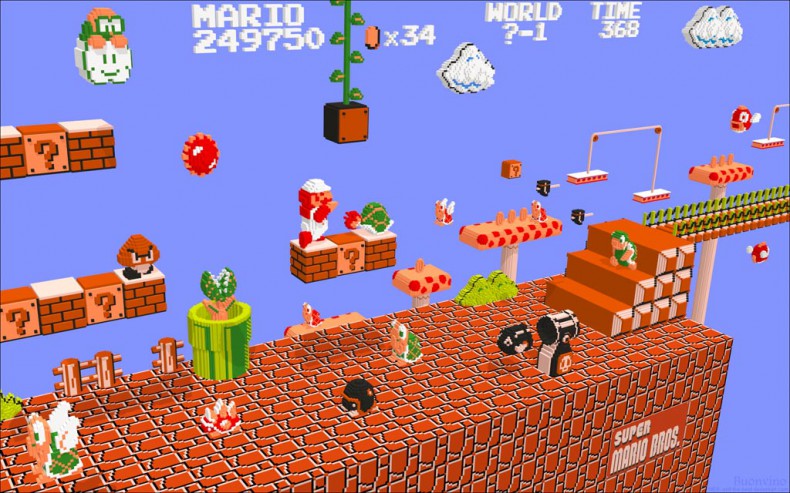 A Reddit user, LFClaird, posted a link to a photo comparing how some games look now with how another game in the same series looked years ago. It’s a cool trip down memory lane that left me feeling nostalgic and kind of sad.

Anyhow, check out the picture below, which depicts the “evolution”, if you will, of Castlevania, Super Mario Bros., Final Fantasy, The Legend of Zelda, Donkey Kong Country, Grand Theft Auto, Alien, Metal Gear, StarCraft, Pokemon, Wolfenstein, and Diablo.

Features Editor Buddy was a journalism major at the University of Alabama. He now spends his days writing novels that will probably never get published and wishing he were an extra in an Anthony Hopkins film. He's been gaming since he can remember and has owned every console from the NES to the TurboGrafx-16 to, yes, even the Phillips CD-i. He loves all games, but his favorite genres are shooters and RPGs. His favorite game is The Legend of Zelda: Ocarina of Time.
You might also like
Aliencastlevaniadiablo