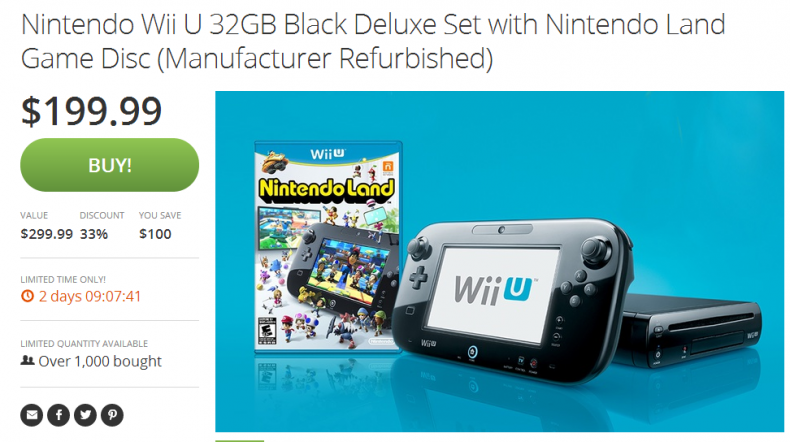 The console deals keep coming, and the folks over at Groupon have an offer for a 32 GB Wii U including Nintendoland for just $199. Pretty amazing offer, and with $100 off the MRSP, might just be enough for gamers to jump into the Wii U bandwagon, especially with Mario Kart 8 around the corner. Hurry, though! Only two days left!

Deals, News, Wii U
DealsGrouponWii U

Editor-in-Chief - A graduate from the University of South Carolina, Corey likes to ignore his paying jobs for video games. Playing since the NES, games have played a big role in his life and family. He hopes one day writing and art can be a career rather than a hobby.
You might also like
DealsGrouponWii U