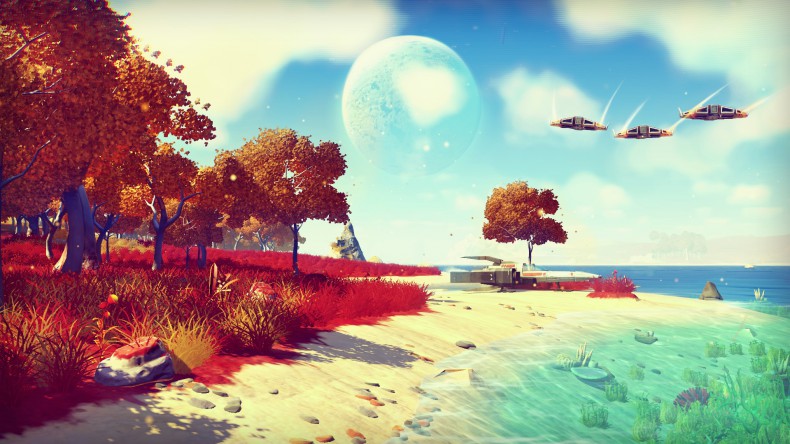 One of the No Man’s Sky developers, Sean Murray, did a 12 minute interview with TwoNerdsPlayingGames. Take a look below.

It’s quite difficult. It doesn’t really lend itself to the seven second description, but it’s a science fiction game. That’s kind of how I think of it in my mind; everything else comes from that. A lot of people will pick up on procedural stuff, an infinite universe… but as a game, minute to minute, second to second, playing it, it’s sci-fi. its the sci-fi I love, which is not really the sci-fi that’s in games, generally.

Alana lives in the Great White North, where Polar Bears rule and Maple Syrup is next in line for the throne. During those frigid Canadian winters she is granted more then enough time to explore the lands of Azeroth, play through the next great indie title, or practice hitting fellow gamers with green shells. When she isn't doing any of the above, you can find her practicing the accordion, attempting to juggle, or taking care of the exotic animals and plants she keeps(that are not really meant for the Canadian climate).
You might also like
E3interviewNo Man's Sky