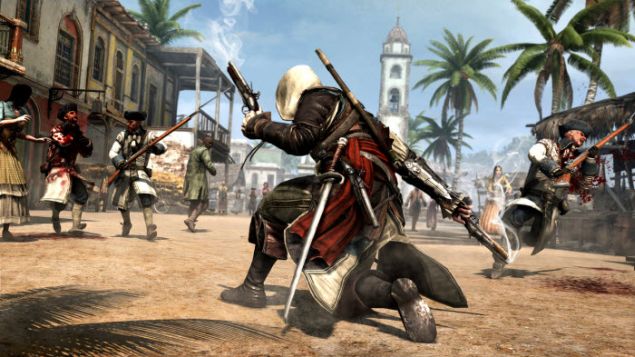 Less than even a month ago, rumors were leaked online about an upcoming Assassin’s Creed title for the fourth quarter of this year, called Great Fall, which would most likely have been set in Russia. But the recent announcement from Ubisoft themselves about Assassin’s Creed: Unity, which will take place during the French Revolution, means that Great Fall is either coming at a later stage or not at all. Not only has an announcement been made for Unity, but also another more mysterious title, called Assassin’s Creed: Comet.

Comet will supposedly only be released on the Xbox 360 and PlayStation 3, almost similar to the case of AC: Liberation. But it could also be later ported to PC and other consoles, like Liberation eventually was in HD quality. The real thing people would like to know about is where and when Comet will be set. No further details have been leaked, but users on Reddit may have deduced some information through a French article that talks about a periodic link in history between Black Flag, which is set in the Caribbean during the Golden Age of Piracy, and the upcoming Unity.

To keep this as spoiler free as possible, some unconfirmed rumours on the site suggest that

“Comet is to be more or less Black Flag 2, would take place in 1758 (during Halley’s comet return) on the Atlantic Ocean. The hero would be a young Englishman named Shay who would betray his old captain, a certain … AdÃ©wale.”

Since Black Flag already had pretty much the same setting, though, albeit with a different character, it might be set in other areas of the Caribbean which were inaccessible during Black Flag.

So there you have it. Since Unity has already been announced, though, Comet might be closer in line than most would think.

Senior Staff Writer Rudolf is a Journalism graduate who has an obsession with video game collectorâ€™s editions, which is matched only by his objective of moving to Canada and firmly establishing himself as a games journalist. His taste for adventure can only be satisfied by action-adventure games, sizzling steaks and dreams of gliding through the air on a snowboard.
You might also like
Assassin's Creed LiberationAssassin's Creed: CometAssassin's Creed: Unity