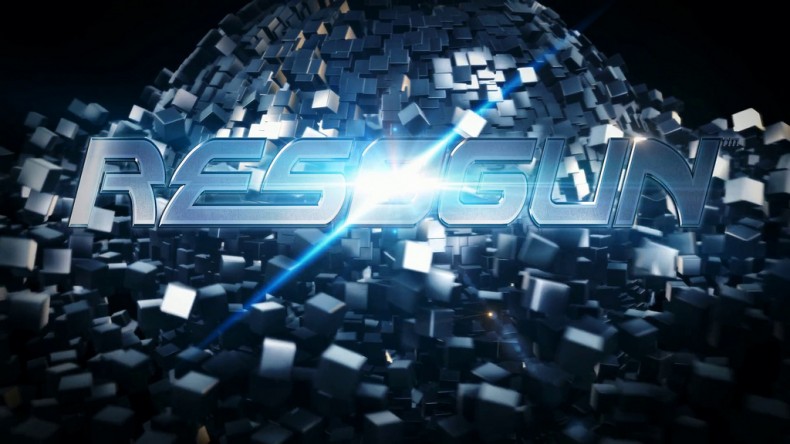 If you either don't have PlayStation Plus or you don't plan on keeping it past the 30-day trial that came with the PS4, I would 100%, hands-down recommend that you buy this game. Resogun is perfect for just passing the time or having an amazing shooting session with your friends online. Whether you're playing alone or with a friend, I guarantee that you're going to have loads of fun with this game and you'll end up playing for hours without even noticing it. Voxels… It’s Like Pixels…. With An Explosive, Modern Twist

Resogun is a visually pleasing space trip. It takes all the nostalgia of old school, fast paced space shooters likeÂ Galaga and makes it HD, beautiful, and full of explosions. Weaving in an out of enemy fire trying to stay alive while shooting down the enemies into a voxel filled fireworks show is something that no one should miss.

Save The Last Humans (Story)

Resogun is all about saving the last members of the human race from being abducted by aliens. Saving the humans throughout the five levels (Acis, Ceres,Decima, Febris and Mefitis) makes the player the hero, as the humans are then free to start a new life on this planet called “Earth.” Destroying the “Keepers” (more on that later) free the humans from their cells (more like locked see-through boxes) so you can pick them up and save them.

Like most twin stick shooters, this game is easy enough to get the hang of. You get 3 lives and 2 bombs. You can earn bombs and lives by saving humans. You also have overdrive, which is a long range, high powered beam that obliterates anything in its path for a short amount of time. Overdrive deals massive damage and helps increase the score and multiplier. The overdrive is recharged by collecting the green cubes that the enemies drop after they explode. The only thing that you have to be aware of is that, unlikeÂ Super Stardust HD, you can’t shoot all around the ship; you can only shoot left and right. My first playthrough I died once before learning that, but I never made that mistake again.

The humans are set free by killing the “Keepers,” who are enemies who have a green glow surrounding them. The Keepers can come either as normal enemies with the aforementioned green glow, or they can be a group of enemies on a set path conveyed by a white line (still glowing green). If you don’t manage to kill the Keepers in time, one human dies. After killing the Keepers, you have to follow the green orb that releases from them to reach the human that gets set free. In case you miss that, there’s a green arrow that points to the direction of a freed human roaming about, waiting to be saved by you.Â If you leave a freed human to roam about for a while, an alien ship will come to try to abduct them. At that time, it’s best to hunt that ship down and free the human from their clutches. There are 4 levels of difficulty: Rookie, Experienced, Veteran, and Master. Experienced is easy enough to play through with minimal troubles but still managing to lose every now and then. Veteran is noticeably more difficult but possible to complete with persistence. Master, on the other hand, is extremely difficult and I have yet to make it past the second level. However, if you create a good enough strategy, you can get through it too. On Master difficulty, when you kill the enemies, they fire one final revenge bullet directly towards you so the strategy of shooting and flying in their immediate direction is one that I dropped rather quickly.

Each level boss requires a different strategy and extreme caution. Between weaving in and out of bullets and trying to stay close to the boss, the boost is your best friend during boss battles. I found it best to move backwards to dodge bullets while letting the boost charge and then do a burst boost (tap L1 as opposed to holding it) to get in closer again to deal some damage. The bosses get progressively harder as you progress through the levels and the final boss absolutely requires deep concentration, trial and error, and a solid plan.

Needless to say, the graphics inÂ Resogun are stunning. Volume filled pixels (voxels) exploding everywhere mixed with smooth and clean cut visuals makes this game one you’ll continue seeing clear as day as though you were still playing,Â with your eyesÂ closed after a lengthy play session (or was that just me?). Â When you lose a life, your ship explodes and it begins raining voxels. The voxels then drip off the stage floor to the abyss of off-screen we can’t see. In later levels, as your ship explodes, the environment explodes with you. So not only is the game raining the voxel remnants of your ship, the buildings creating an atmosphere explode into many voxels as well.

The sound is amazing as well. The sound coming from the TV is so fitting – the sounds of the bullets fired from your ship, the sounds of the bullets fired from enemy ships, the game notifying you when you need to pay close attention to save a human by either killing Keepers or shooting down a ship that’s trying to abduct a freed human. The best part of the sound, for me, is the sound coming from the controller. The reason it’s the best for me is because if you have your TV volume down low for whatever reason, the game still notifies you of Keepers, if you lose a human, or if a human is being abducted, all through the controller’s speaker. It even says “Armageddon” through the controller speaker when you defeat the level boss. I had the TV volume down low while trying to listen to an episode of The SpawnCast on my laptop and was thoroughly pleased that I could still effectively save the humans by listening to the game’s notifications through my controller all the while laughing at Brian and Chris (Check them out. Good stuff!). The music is fitting to the game. It’s not loud enough that you can’t hear the game notifying you of Keepers or anything else, and it certainly has a space vibe to it. The music couldn’t be any better even if they wanted it to. It’s definitely not the type of music that could annoy you if you keep losing at a level.

The game features an online co-op mode. This feature is absolutely fluid and fun. There are times where multiple Keepers arise at one time so having a partner helps make it somewhat easier to try to save as many humans as possible. It also comes in handy during boss battles to deal even more damage. However, if one player loses all their lives (that would be me), then they watch as their partner takes on the final stretch of the level alone.

The weapon upgrade (a green plus encased in – you guessed it – voxels that must be shot off to grab it) is shared between players. The upgrades that come with saving a human are only applicable to the ship that saved the human (I got a shield for saving a human but my partner didn’t). Luckily there is no friendly fire so shoot as maniacally as you want without worrying about your partner being in the way of your shots. I do have one gripe with the gameplay, however. I’m going to be reiterating a few key gameplay elements here so bear with me for a spell. They don’t teach you how to unlock the humans from their cells. At least, not in the sense of you absolutely understand how to until you keep playing the game and figure it out. The humans are set free by killing the “Keepers,” who are enemies who have a green glow surrounding them. The Keepers can come either as normal enemies with the aforementioned green glow, or they can be a set of enemies on a set path conveyed by a white line (still glowing green). If you don’t manage to kill the Keepers in time, one human dies. The game doesn’t tell you that either. My first playthrough I kept hearing “Keepers detected,” which the game never explicitly tells you “Kill these guys to free a human,” and never knew what the game was talking about. I was becoming increasingly frustrated with losing humans and not understanding why. After killing the Keepers, you have to follow the green orb that releases from them to reach the human that gets set free. Again, the game doesn’t explicitly tell you this. It isn’t hard to figure out (I figured it out by the second day of playing), but it still would be extremely helpful to know these things immediately so the game is fully understood from when you first pick up the controller.

The game features a leaderboard system. The score spreads across all levels completed. So if you got your highest score in the final level, the same score will exist for all the levels.Each difficulty has their own sets of high scores so the challenge will be different across difficulties if you choose to shoot for that number one spot.

The options menu allows for a few things to tinker with – music, sound, and controller sound volumes, a camera option for “Standard” or “Retro.” Retro really just pulls the camera back a tiny bit for a wider view of the stage but it’s nothing too spectacular. You won’t notice a difference between the two unless you swap cameras mid-game. You can also swap sticks if you want to shoot with the left analog stick and move with the right. You can also change the language between English, French, Brazilian Portuguese, and Spanish, and turn tutorial tips on and off. If you either don’t have PlayStation Plus or you don’t plan on keeping it past the 30-day trial that came with the PS4, I would 100%, hands-down recommend that you buy this game. Resogun is perfect for just passing the time or having an amazing shooting session with your friends online. Whether you’re playing alone or with a friend, I guarantee that you’re going to have loads of fun with this game and you’ll end up playing for hours without even noticing it.

Free (With PlayStation Plus)

Former Editor-in-Chief Angie has a passion for gaming. She has never been able to put the controller down since first picking up an SNES controller at the age of 3. She loves researching anything gaming related and talking games amongst her friends.
You might also like
launch titleplaystation plusResogun