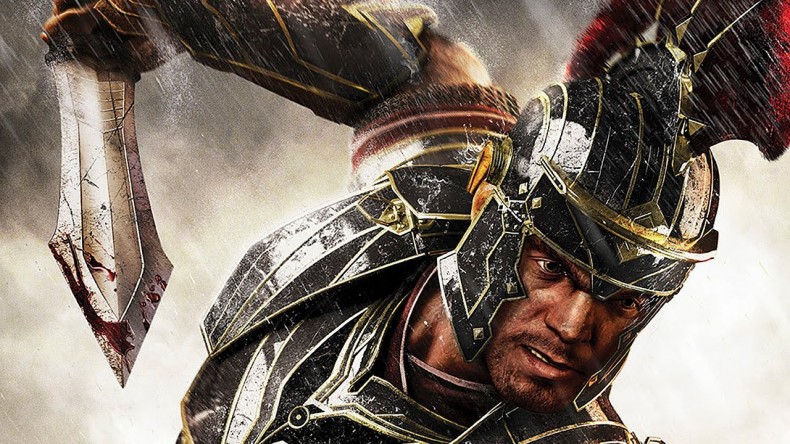 Ryse tells an intriguing story and wows your senses, but it comes with some drawbacks. If you can look past fighting a clone army along with unimaginative controls, then pick up this game today. If not, wait a few months and pick it up then (or rent it) because while it has its flaws, Ryse: Son of Rome is definitely worth your time.

When In Rome, Kick Ass as the Romans Do

Admittedly, Ryse: Son of Rome was not my first round draft pick as the inaugural game for my Xbox One. I had originally pre-ordered Watch Dogs, but that got delayed, and since I hadn’t (and still haven’t) played Assassinâ€™s Creed 3 yet, my eyes turned towards the wild card of the launch titles. I say wild card because there were many mixed feelings about Ryse after E3 and the pre-launch Xbox One tour. People hated it, people loved it, people found it boring, people found it to be a lot of fun: it was very hard to get a read on this game, especially since all the previews were of the same level. Well now Ryse has made its way into my hands and onto my screen, and while itâ€™s not the groundbreaking game I had hoped deep down that it would be, it’s still very much worth playing at least once.

The story follows the life of Roman centurion Marius Titus, who after witnessing his family get brutally murdered, goes to seek revenge against the barbarians that took Marius’ family from him. While this sounds like a pretty straightforward revenge story (and a bit like the movie â€œGladiatorâ€), Ryseâ€™s plot is actually pretty entertaining and enjoyable. There are some twists and turns that are unexpected, as well as some supernatural elements that were more than welcome. The way the story was delivered was also an added bonus, because it created intrigue and made you wonder where the events were headed. All in all, while Ryseâ€™s story doesn’t terribly standout, it was still fun to follow and left me satisfied at the end. Happy birthday to the GROUND

Ryseâ€™s controls are very simplistic, which actually proves to be one of the games biggest drawbacks. While each button does something entirely different (A to block, X to attack, Y to shove, and B to dodge), there are no combos or special moves that you can perform from pushing some combination of buttons (like in the Lord of the Rings games on the PS2/Xbox/GameCube). Instead, after you do enough damage to an enemy, you hit the right trigger to enter execution mode. During this quick-time event, you will kill an enemy by pressing either X or Y when that enemy is highlighted in that corresponding color (blue for X and yellow for Y). This action will perform one of dozens of brutal takedowns which are all pretty flippin’ sweet. How quickly you can hit X or Y will result in you getting more XP, but there is no penalty for taking too long or hitting the wrong button. In other words, entering execution mode is a free kill, regardless of what you do. Pulling off executions does have other benefits besides just dropping bodies. Ryse features four perks (damage boost, Â XP boost, Focus gain, and health gain) that players can switch between over the course of the campaign by using the D-pad. These perks are then rewarded after every execution you pull off. They can also be upgraded through leveling up and using in-game currency (or real money if youâ€™re insane enough to fall for the microtransactions). Although the perks are the only thing you can upgrade in the campaign, the improvements after purchasing an upgrade are immediately noticeable and makes them worth buying.

Marius faces several different enemy types on his quest, all of which require different tactics to defeat. For example, an enemy with a shield can only be damaged after breaking their defense by shoving them. The varied enemy types, like in the Arkham games, force the player to think tactically about which enemy they should take out first. There were numerous times where I tried to just hack my way out of a horde, which always ended with disastrous results, and forced me to go back and rethink my approach. This added a nice layer of strategy to the gameplay.

One of my biggest disappointments with the game is the very linear path that Ryse takes. Now I realize not every game can be big olâ€™ open world adventures, but I never felt the need to explore the game because each level didnâ€™t leave a whole lot of room to do so. It was a real shame that the developers made the game so linear because the game is drop dead GORGEOUS. Still, I got the chance to fully appreciate it by just looking around.

For a second opinion, check out our very own Next Gen Gamer, SlasherJPC’s thoughts on this gory and slash-happy trip into the depths of the Roman Empire. Does he like it? Does he hate it? Watch and find out!

What Ryse lacks in gameplay, it more than makes up for it in the graphics department. The vivid colors, beautiful scenery, glorious lighting, and top notch facial animations are everything you would want from your brand new Xbox One. Probably, my favorite thing about Ryse is the variation in locations; from the shores and lush forests of Britain, from the streets of Rome, to the ever-changing environment of the Colosseum; each location a sight to behold and offers something new that you won’t see in any of the previous levels. The only negative thing I can say about the graphics in Ryse is the lack of variation in the character models of your enemies. Theyâ€™re so repetitive that you begin to think that the barbarian horde just happens to have a cloning machine. However, I was able to look past that and just enjoy watching the fluidity of a perfectly timed execution.

The audio side of things in Ryse are almost as good as the graphics themselves. Epic scores, roaring crowds, clashing steel, and solid voice acting from the entire cast, brings ancient Rome to life. The actors make you care about the characters and make a simplistic story a little more complex. While in combat, I could close my eyes (although why would I want to?) and actually feel like I was present for the an actual skirmish in Roman times. It’s safe to say that both the visual and audio presentations of Ryse are top notch and worthy of the title â€œnext genâ€

One of the biggest surprises for me in Ryse was how much fun the multiplayer was. You and a friend (or you can choose to ride solo if you want) enter the the Colosseum in one of many cool and varying arena layouts, and kick all sorts of ass. As you play and survive a round, you earn money and XP. You can then take that money and buy booster packs (similar to Ultimate Team mode in FIFA or Madden) to get better armor and weapons with all sorts of different perks. As you level up, you unlock a new tier of booster packs, which are more expensive but also provide better gear. than the tiers below it. Its a pretty cool leveling system and made me wish that Crytek had used the same one for the main campaign. Before you enter the arena, you and your teammate must select which god you represent. Each god has their own perks to go along with it. For example, if you choose Mars, the God of War, you get the damage boost perk. These perks apply to both you and your teammate, so it’s important to coordinate with them. When I played with the esteemed Chris Vellucci, he selected Mars while I went with Apollo (whose perk is healing) and we were unstoppable, almost to the point where it was too easy.

Once inside the arena, you are faced with several objectives, ranging from killing all the enemies, to freeing civilians from cages. There about 6 of these mini missions per round, but whats cool about that is they vary every time you play a map, even if it’s the same map, so you never play the same missions each you play an arena. This keeps the multiplayer fresh and new in each successive playthrough.

As far as issues go, I didnâ€™t encounter any glitches that ruined my experience, which is a big positive for Ryse. That being said, there were somethings that I didnâ€™t enjoy. Ryse is plagued with the curse of long loading screens, even after dying in battle. Sometimes I respawned really quickly, and other times it takes me upward of a minute to get back in, which I thought would be something of the past when we entered this new console generation.

As I mention above, I also had issues with repetitive character models and linear story path, as well as some unimaginative controls. While these were things I was able to cope with, it left me wanting a little bit more out of an otherwise impressive game.

There are 3 types of objects hidden throughout Ryseâ€™s campaign: vistas, scrolls, and chronicles. Vistas and scrolls serve no purpose other than stuff to collect for achievements. Chronicles, on the other hand, actually serve some purpose other than upping your gamer score. Finding these hidden items unlocks comics relating to the story, which is pretty cool that youâ€™re rewarded for your hunting with other than an achievement.

Ryse tells an intriguing story and wows your senses, but it comes with some drawbacks. If you can look past fighting a clone army along with unimaginative controls, then pick up this game today. If not, wait a few months and pick it up then (or rent it) because while it has its flaws, Ryse: Son of Rome is definitely worth your time.

SpawnCast Co-Host/Creative Co-Director Brian is member of the University of Mary Washingtonâ€™s class of 2012 and graduated with a BS in Computer Science. He has been gaming since the first day he held an original GameBoy in his hands and hasnâ€™t stopped since. He now plays mostly shooters and RPGs on his Xbox 360 but will occasionally work in some sports or fighting games when heâ€™s in the mood. He is also a huge fan of playing marathon sessions of Legend of Zelda when the opportunity arises.
You might also like
ryseSon of Romexbox one

Xbox One Tour: How to Shatter Hopes 101