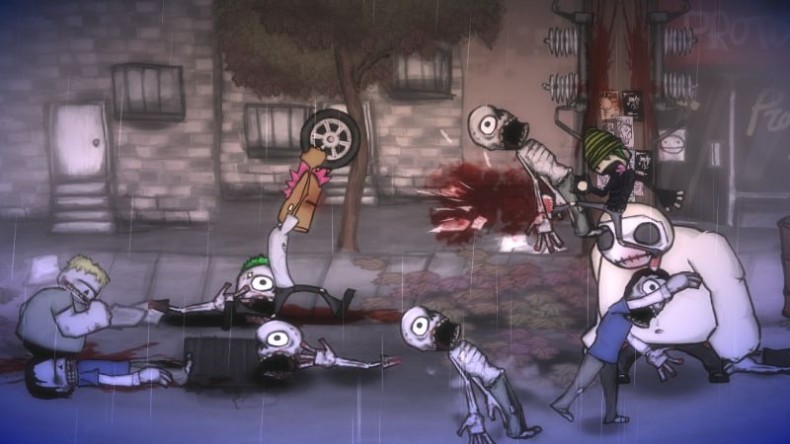 The sidescrolling action is simple but enjoyable; The RPG elements are implemented well; The loot system is rewarding; The variations on gameplay stay interesting throughout; The random soundtrack is great

The lack of checkpoints, which is supposed to be challenging, just makes the game feel like a grind; The autosave system is confusing and terrible; The action gets a little too hectic at times; MINIONS IN BOSS BATTLES UGH

Charlie Murder is an absolute steal at $10. It offers a few hours of decent action and immense replay value. All of it comes with a price, though. Impatient folk or people who are easily spurred into violence need not apply. My controller and TV survived...but just barely. But, overall, Charlie Murder is a pretty decent game that manages to stay fresh throughout.

This Ainâ€™t Your Mommaâ€™s Punk Rock

Iâ€™ve played literally hundreds of sidescrolling brawlers in my lifetime, and quite frankly Iâ€™m sick of them. I know the drill. Tap one or two buttons until an enemy falls, rinse and repeat. For a brawler to hold my interest it must offer up something besides monotonous button-mashing. I applaud Ska Studios for offering up a fresh take on the genre withÂ Charlie Murder. However, some questionable design choices hold it back from being in the league of games likeÂ Scott Pilgrim vs. The WorldÂ andÂ Castle Crashers.

I honestly have no clue as to what is going on inÂ Charlie Murder. I know Charlie is on a quest to save his former girlfriend from a rival band. Oh, and the rival band is made up of what appear to be demons from hell. Also, the Apocalypse is happening, complete with zombies. None of it makes any sense, but I get what Ska was trying to accomplish.Â Charlie MurderÂ is like what a fifth grade boy might draw in his notebook. His teacher would take one look at it and suggest therapy to his parents. The teacher just doesnâ€™t understand; I am that teacher.

Charlie MurderÂ features the button-mashing typically seen in brawlers, but it has some other things going for it as well. Players will also utilize special magic attacks, called Anar-chi, to off their foes. The Anar-chi attacks are gained by getting tattoos for each character and range from conjuring up a circle of safety pins to blasting enemies with a fireball from a guitar. Itâ€™s a relief to unlock new abilities or power up the old ones. Players can do this by accessing their cell phones.

The cell phones serve four different purposes. Players can use them to level up their stats and abilities, scan QR codes hidden in the environments to unlock items and check their fake e-mail and Twitter-esque accounts. The first two functions are helpful; the latter two, not so much. I didnâ€™t notice the QR codes until late into the game, and I also didnâ€™t really care. I usually just opened the phone to level up and then immediately put it away.

The loot system inÂ Charlie MurderÂ is fantastic. Enemies, especially bosses and mini-bosses, constantly drop highly useful items when defeated. I changed my characterâ€™s attire numerous times throughoutÂ Charlie Murder. Enemies and destructible objects also wield money, which can be used to purchase health and stat-boosting items and better gear. Itâ€™s tough to fill a game with collectibles and make them worth seeking out. Ska got it right withÂ Charlie Murder.

Charlie MurderÂ is filled with surprises. Some cut-scenes require players to participate in a strange music mini-game thatâ€™s reminiscent of playingÂ Guitar HeroÂ with a standard controller. A few scrolling shoot-â€™em-up sections function as fun distractions. One rappelling section even has bird enemies that must be fought off with a coat hangerâ€¦yeah. These moments are all brief enough to serve as welcome alternatives to the frantic action of the core game. Itâ€™s another attempt from Ska to keep things from turning stale, and it works.

Oh, andÂ Charlie MurderÂ isÂ hard.Â Itâ€™s not so bad at the beginning, but the shift in difficulty around the middle is unexpected. I died an innumerable amount of times in the later parts of the game.Â Charlie MurderÂ is uncompromisingly tough, and it doesnâ€™t let up until the credits roll. 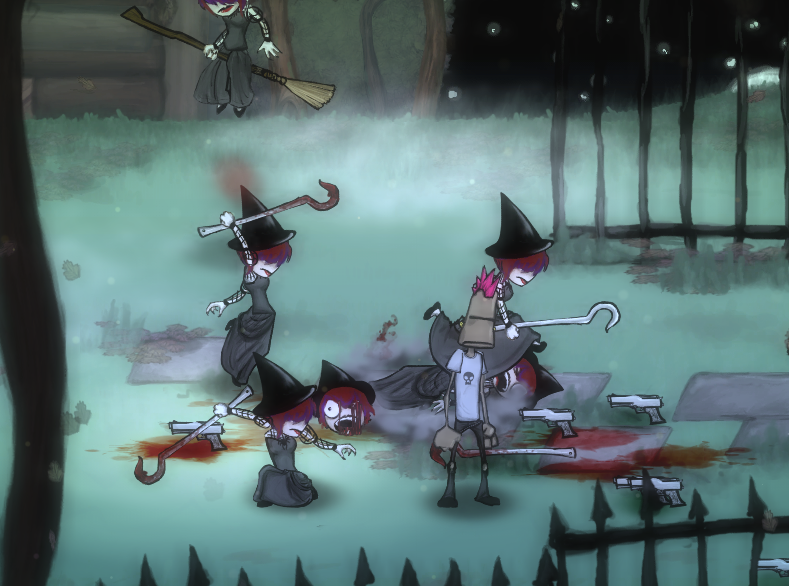 Charlie Murderâ€˜s art style is neat. Itâ€™s similar in appearance to that of Skaâ€™sÂ DishwasherÂ games. The characters and enemies all exude personality. The blessing of games that look like this is that they arenâ€™t usually susceptible to the technical issues their big budget brethren often include, andÂ Charlie MurderÂ is no different. Still, the visuals wonâ€™t be winning any kind of awards or anything.

However, the soundtrack should. Itâ€™s impossible to make out what the characters are saying or singing, but the music is incredible. Itâ€™s all rock or some sort of demented piano mixed with electronica stuff, but itâ€™s great. Fans of the pre-MP3 era will love it. It fits the game perfectly.

Charlie MurderÂ can be played co-op with up to four people. Playing co-op is fun, but without proper communication things can get annoying. I often found myself stuck on a screen because other players were glancing at their cell phones or just fooling around in general. It just served to piss me off royally. I had a much more enjoyable time playing alone, but Iâ€™m an insufferable introvert anyhow.

Charlie Murderâ€˜s checkpoint system is undoubtedly its biggest flaw. Its main function is to annoy players. I get that games rely on checkpoints a little too heavily nowadays and blah blah blah, but there exists a way to implement challenging setbacks without annoyance. Having to travel through entire areas again because I died at the very end of one isnâ€™t a challenge anymore than it is a frustrating grind. Couple all that with some of the worst auto-saving in recent memory and it becomes a youâ€™re-lucky-if-your-controller-survives ordeal.

I sometimes lost track of my character in the midst of all the action. This led to a couple of unavoidable deaths. Bosses with minions, which I dislike in any game, are particularly rage-inducing. Developers, please just let me fight a damn boss without a bunch of other enemies attacking me. Please. It really makes the bosses seem padded and like theyâ€™re big cowards.

Charlie MurderÂ is an absolute steal at $10. It offers a few hours of decent action and immense replay value. All of it comes with a price, though. Impatient folks or people who are easily spurred into violence need not apply. My controller and TV survivedâ€¦but just barely. But, overall, Charlie MurderÂ is a pretty decent game that manages to stay fresh throughout.

For a slightly different perspective, check out SlasherJPC’s Quickies Review on Charlie Murder, where he scores the game a 7.9 out of 10, and also recommends Charlie Murder for a definite “BUY”!
The Lowdown
Badges
PlatformXbox 360
GenreAction, RPG, Side-scroller
DeveloperSka Studios
PublisherMicrosoft Studios
RatingMature
Release Date

Features Editor Buddy was a journalism major at the University of Alabama. He now spends his days writing novels that will probably never get published and wishing he were an extra in an Anthony Hopkins film. He's been gaming since he can remember and has owned every console from the NES to the TurboGrafx-16 to, yes, even the Phillips CD-i. He loves all games, but his favorite genres are shooters and RPGs. His favorite game is The Legend of Zelda: Ocarina of Time.
You might also like
castle crasherscharlie murder