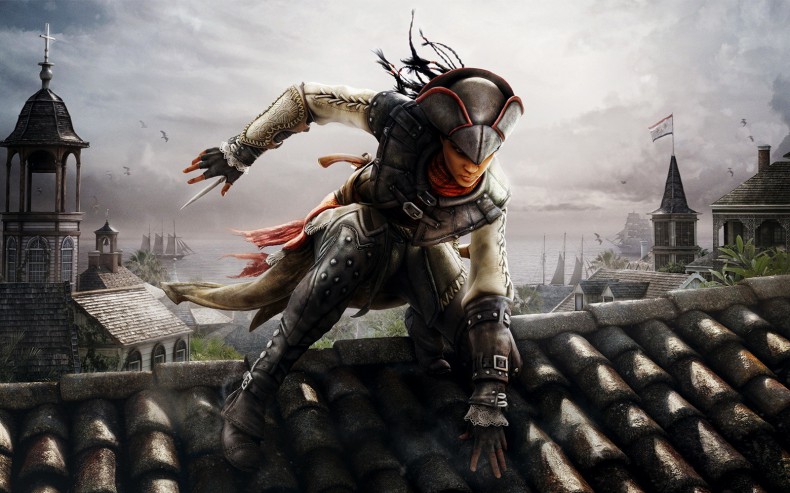 Well, it’d be remiss of me not to sum up this week’s E3 conference, and, as last week’s focus was on gender—thank you to everyone who commented, whether you agreed with me or not. The intention is not to make everybody think like I do, but to generate discussion on the point, and… well, that happened. I think we’ll continue that theme and look at how gender was treated this year; both the positives and the negatives. Let’s take a look at Sony, Microsoft, and Nintendo, and see how they got on.

Firstly, we’ve got to look at Nintendo, and their stellar panel. A new, open world (be still my beating heart) Legend of Zelda—a series famous for having well-developed, interesting female characters. Considering the series’ reputation for having Zelda assuming gender-ambiguous roles (Sheik, for a start. If that’s a spoiler, how is it in 1998 for you?), this could continue to be a good moment of representation for those who assume gender-fluid or enby identities. Zelda has always challenged roles assumed about femininity within her character, managing to be both feminine and tough within her various incarnations, and that looks set to continue. In fact, Nintendo managed to show more female and non-binary characters than the others combined.

Sony showed some excellent titles as well. The Order: 1886  (which has grabbed the attention of the alternate-history fanatic in me and squeezed tightly) has a playable female character, and she’s actually somewhat realistic-looking! Of course, I’ve already seen backlash about how she isn’t ‘bangable’ and one about how she looks inbred—I forbear to comment—which the males protagonists don’t seem to be subject to the same standards of scrutiny, but the fact is, she exists, and that’s pretty damn good. Not only that, but a few games—such as Entwined—had non-human protagonists altogether, completely subverting the issue with gender, but that does come with the unfortunate implication that people who do not fit into the gender-binary are less than human. However, we can’t forget Hanlon’s Razor—‘Never attribute to malice that which can be adequately explained by ignorance.’ The lack of awareness of non-binary gender representation perpetuates the lack of representation.

As for Microsoft, I have to say I’m a tiny bit disappointed. There was a very strong theme of ‘white guy shooting people’, occasionally interrupted by ‘car’ or ‘white guy in armor shooting people’ or ‘tiny pink creature’. At least give me a female Spartan, for God’s sake. You don’t even have to change the armor, just give me Scarlett Johanssen’s voice coming out of a Spartan. However, Ori and the Blind Forest  does in fact look stunning, and again, it gives us a point of view that is not necessarily male or female, a common trope of indie games and something I plan to look at next week.

I’m afraid I have to draw attention to Ubisoft now—yes, you knew this was coming, and I’m quite saddened it has to, as I like most Ubisoft games—and their quite frankly astounding comment that ‘women are too hard to animate’. I’m going to just sit here and allow your brain to percolate that one. Woman are apparently too hard to animate. In an industry where you can inhabit the world of and become anything from a circular mouth that eats ghosts to a dragon, from ghosts to demons to cat-creatures… women are too hard to animate. At a gaming conference with a high percentage of female PR people, reporters, gamers; heck, even most of the other panels contained females within their games… I’m going to get to a coherent point at some point, but currently I’m sat at the table in my flat staring at the six words I just typed and trying to scrape my jaw off the floor.

I believe that what James Therien was attempting to say was that long swishy dresses and jiggle physics would’ve meant additional work—perpetuating the dress-wearing, enormous-breasted stereotype of a woman in a video game would’ve ‘doubled the work’, which is a tad insulting in its insinuation that almost half the gaming community are not worth the additional effort. I’m pretty sure I don’t have to remind you that Ubisoft managed to create Aveline de Grandpré, sitting at the top of the article there, in Assassin’s Creed III: Liberation… does she suddenly not count? Did you forget you managed to make her? Thankfully, all of the feedback on the internet has been shock, awe, and a trending tag on Twitter that had me doubled-over at the wit of the gaming community.

My round-up? It’s been a pretty damn good E3 for female representation—Ubisoft aside—in the gaming half. Less so in the community and industry half, but we’ll get there. Now, if we can work on some non-binary representation that isn’t either animals or robots, we really will be cooking with charcoal.

This is a follow-up article to my previous one on E3, the gaming industry in general and feminism/gender equality, here!

Stephanie is a blogger who is interested in investigating social issues such as feminism and how they affect modern media, in particular video games (which she has a strong passion for!). She also enjoys writing, specifically steampunk and horror.
You might also like
E3ArticlesFeaturesStephanie Downes