For years gamers and naysayers have debated over one question: are video games a form of art? This long debated subject has yet to reach a conclusion as the question continues to hover just out of reach of those who seek an answer. In order to definitively answer this question, we must have an understanding of what art truly is.

Drawings, paintings, sculptures, films, photography, are all accepted forms of art, but why are these forms of art considered art? According to the Merriam-Webster dictionary, the definition of art is “a visual object or experience consciously created through an expression of skill or imagination.” By definition, video games should be art, but of course it is not that simple; art isn’t determined merely by definition.

A basic component of art is aesthetics or how the work of art pleases the senses of the viewer. Graphics and music are considered to be the aesthetics of a video game since they are experienced through sight and sound. The visuals of the game are derived from the work of a group of artists who draw up designs, which is considered to be art, to be converted into the game’s graphical format.

Music and sound effects are another large part of a game’s aesthetic presence and like the design drawings used to create the game’s visuals, are also considered to be art forms. One may consider voice acting to be a singular art form, but acting as an art is also up for debate. Considering two different forms of art go into making a singular product, it is perplexing how so many people still feel video games have no artistic value. 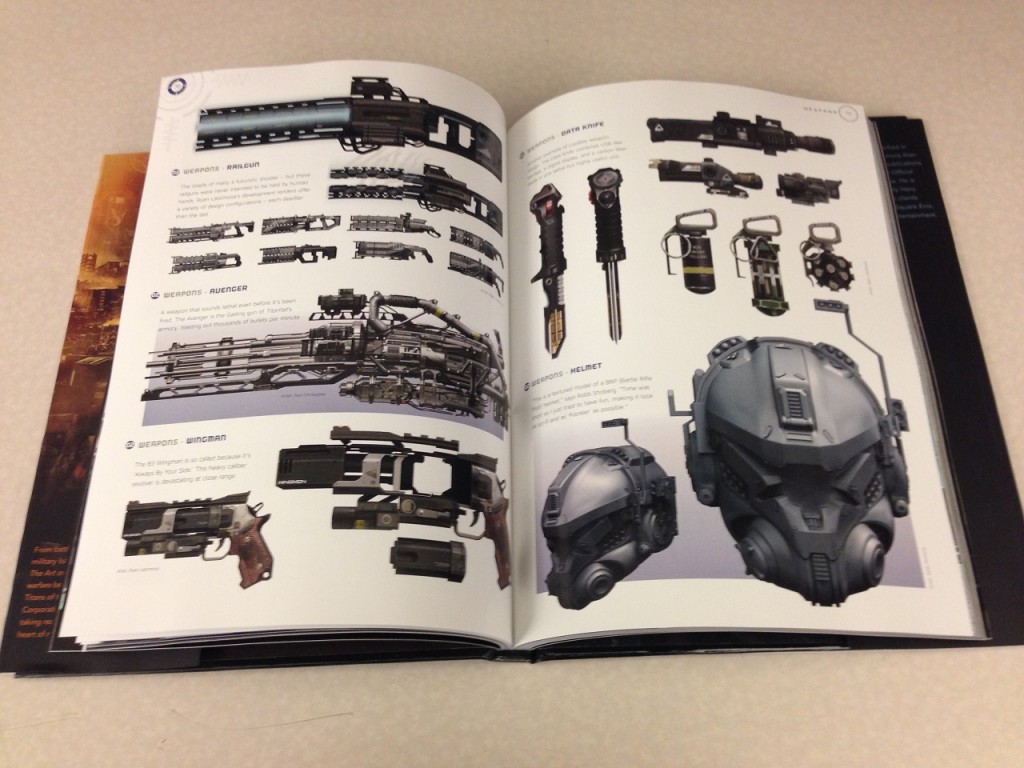 These designs are part of the game’s visual aesthetic

Art isn’t just for show, art is used for various purposes as well. An artist may create something for many reasons: to tell a story, to bring an idea to life, to present a message, to entertain and wonder, or to create something both beautiful and functional like a bowl or vase. Aside from functionality, video games can be used for all of these purposes too.

Creating and telling a story is an art form in itself and many games today are presenting fantastic stories. Like another widely accepted art form, film, video games have become very cinematic in nature and go the extra mile to immerse players into their stories, Bioshock Infinite and The Last of Us for example. Whether it is being presented directly or can be found under the surface, every work of art, regardless of the medium, has a story to tell.

Every time somebody starts to draw a picture, create a sculpture, or pick up a camera, they are bringing their ideas into a tangible form for others to see. Art is meant to bring people into the artist’s world, to see the world through his/her eyes. Video games are no different; every game is a product of somebody’s creativity and imagination and every game an artist creates brings the audience closer to understanding how the artist thinks.

A work of art can also contain an underlying meaning used to provoke the thoughts of the audience. A popular example of this is Pablo Picasso’s Guernica, a painting showing the horrors of war upon the innocent masses. Spec Ops: The Line contains a similar anti-war/anti-violence message that makes itself known throughout the game.

Art isn’t just meant to be interpreted the way the artist wanted, but is also meant to allow the audience to interpret it themselves; to see and feel things that only they can and experience the art differently from another. There are no specific examples for any medium as different things speak to different people.

This brings forth another aspect of art: emotion. Art is supposed to be emotional for both the artist and the viewer; the artist pours his/her emotions into their craft and hopefully the art invokes the emotions of the audience. The object of many storytelling mediums is to invoke emotions from the audience, which is easier said than done, and lately video games have been going the extra mile to achieve this. 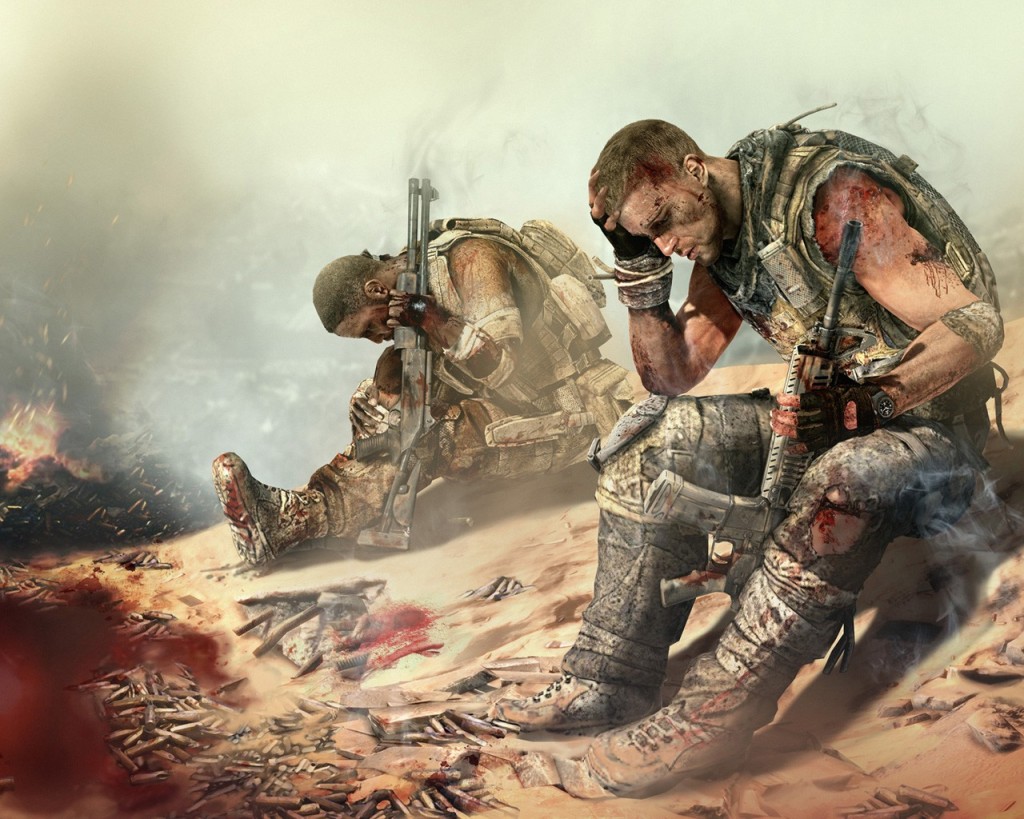 Like Guernica, the message and emotion are very similar

So based on all of this information, if video games are the creative product of a person (or persons), contain two kinds of aesthetic (sight and sound), are created with a purpose, and can invoke emotion while allowing an audience to interpret its content, shouldn’t they technically be art?

By definition and by the interpretation of the basics of art, there is significantly more to learn on the arts themselves; video games should be art, but art isn’t just about the components or its defining features, but about philosophy as well.

Just because something may be art by technicality doesn’t mean it will be treated like art; this is artistic value. A piece of art’s value isn’t set in stone as this is determined by a single person. Here’s a scenario, go to a fast food restaurant, look at the building, and then logo.

Somebody designed that building and somebody designed the logo; architecture and drawing/graphic design are considered to be forms of art that serve a purpose, but would you revere them like possibly the Empire State Building or the Mona Lisa? Of course not, because different types of art aren’t necessarily seen as art in the eyes of different people and as such is the conundrum of video games.

Even with the maturity of video games in both aesthetic and narrative, many still don’t view games as art based on philosophical and, sometimes, societal views. Unfortunately convincing the naysayers otherwise is quite difficult as many people who claim to know and understand art, simply do not.

I have gone to many different art showings during my time in college and the common style that is used more than any is non-representational abstract, and abstract. While some do this well and put their hearts and souls into their work, I have seen more artists use this as a means to create many large paintings, drawings, etc. in less time and effort to make a profit and nothing more.

In one showing, I watched an “artist” explain the deep meaning of his painting which consisted of three dark tints of red paint smeared on a canvas in large dried clumps in an incoherent manner and the audience just ate it up.

On another occasion at my local museum, an exhibit featuring the works of a junior high school art class was featured. While most of it wasn’t exactly awe-inspiring, though they were just kids, there was an exquisitely, detailed, pencil drawing of an old brick town which was created by a young, autistic boy. 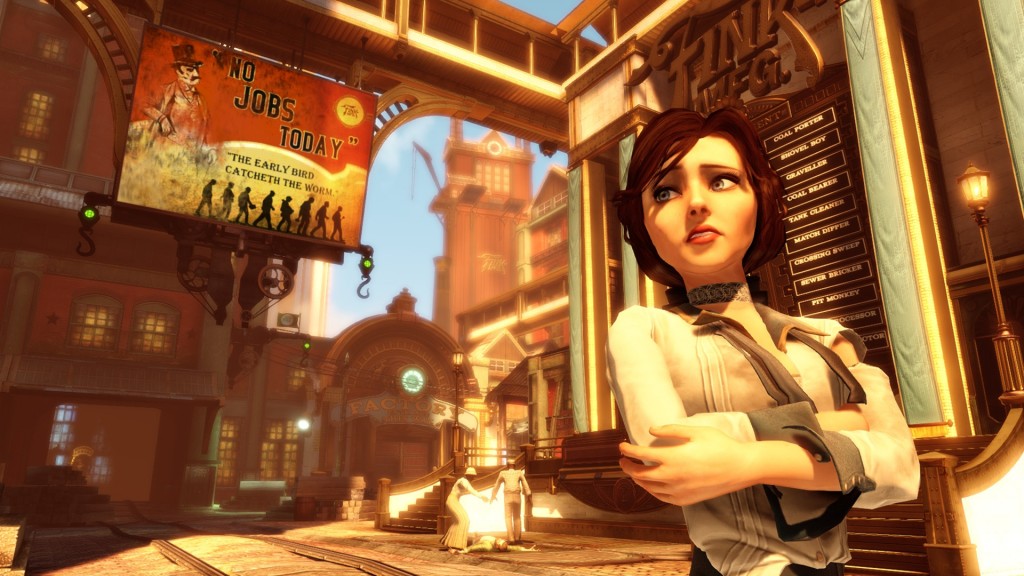 Honestly, I don’t have an answer for that, but the world should view games as art even if some don’t like it. However, that’s the thing about art. While everybody has their own preference, some people like paintings, others sculptures, and others music, for example.Â  There is also no such thing as good or bad as they are opinions, not fact.

If video games were officially declared as art forms, it would not be the end of the world or the art community and the art culture would not collapse upon itself. As long as people have opinions and preferences, they can decide whether they like or dislike games as art and go back to enjoying what they do like.

So as such, video games meet the technical requirements to be art and if people realize that they determine quality, and artistic value individually, then video games should be considered as an art form; it’s as simple as that.

*The opinions expressed here are solely those of the author and do not reflect SpawnFirst as a whole.

Former Contributor Chris West is a graduate of Texas Tech University where he earned his BS in Electronic Media in Communications. Chris has been passionate about games since he was a kid and today prefers games with a strong narrative. He also has a soft spot for horror games, legitimately scary games mind you, and any game claiming to be challenging, Dark Souls for example. When he isn't playing games, he is pursuing his other passions: music and photography. Chris can play both guitar and bass and then take high quality pictures of the performance with his camera. In the end, Chris enjoys writing about his passions and ideas, when he isn't destroying his friends in Call of Duty.
You might also like
ArtArticlesOpinion

The Louvre Comes to 3DS