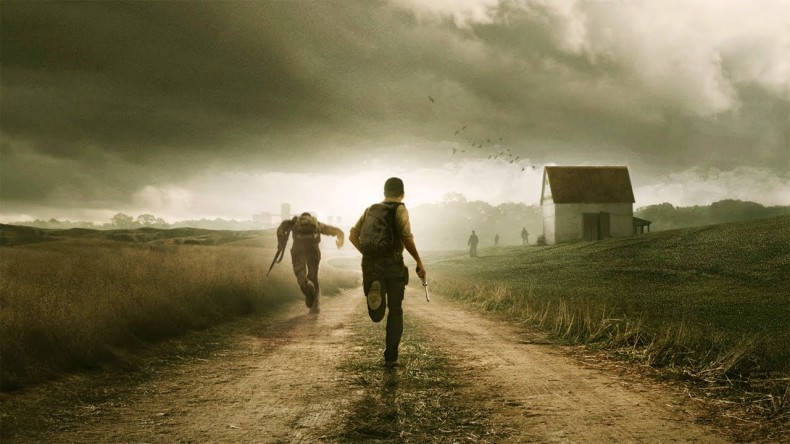 I still remember the old days when a few friends and I used to religiously play Call of Duty (and more to the point, Call of Duty: Zombies) all night long until it was time to go to school again; it absorbed our lives. Many a time I would find myself prattling on about how there are no really good zombie games, having, by this point grown bored of Left 4 Dead, Dead Rising, and never really picking up Resident Evil (past the 3rd one). Until, that is, I discovered DayZ.

â€œDayZâ€, a game famous for its massive open world, and gameplay addicting enough to pass hours in what seems like minutes. Itâ€™s also famous for turning most people into absolute bastards for the duration of their play time, but we shanâ€™t dwell on that for now. This was the game I was after. I loved it and I still love it today. Itâ€™s without a doubt the best zombie game I own, despite it being a mod. Iâ€™m not alone eithe: DayZ is so popular that it seems to have triggered what can only be compared to as â€œseismic activityâ€ throughout the gaming industry. Iâ€™m not saying itâ€™s responsible for zombie games, I mean theyâ€™ve been around for like â€¦ forever, but this recent horde stumbling onto the market probably has DayZ to thank.

King of the hill in survival horror.

So letâ€™s look at some of the games in question, first of all, the dreaded (and frankly, dreadful) â€œThe War Zâ€, which was so terrible they had to rename it so people would buy it. Itâ€™s a class example of a game rushed. The gameplay is awful and it just stinks in generalâ€¦ But I digress. It was the first decent game that came post-DayZ (I know it was released pre-standalone, as the standalones still not here. But the mod predates The WarZ). It was its only competitor for a long time and in some ways, still is due to a shocking level of commitment and loyalty from its fan-base. It could also be said however, that â€œThe WarZâ€ had a hand in triggering this zombie trend in the market. The WarZ, as I said, presented something DayZ needed: competition. Unfortunately it just wasnâ€™t up to scratch, which brings me to the next gameâ€¦

7 Days to Die. Itâ€™s like Minecraft and DayZ went out and had a love child. Itâ€™s a voxel based zombie survival game, and itâ€™s the future of the genre in many ways. Featuring a full destructible environment, zombies (of course) and crafting. This game is going to be known from now as the only viable competition DayZ Standalone will have for top dog in the market. I played it substantially last night with a monster 8 hour session. Time passed without acknowledgement and I loved it. Itâ€™s a truly visionary game and represents a gap-filling experience that you simply wonâ€™t find elsewhere. With inspiring efforts such as this, itâ€™s really no wonder the market is flooding.

Now to continue with the theme of the article, Dust. This game looks insane, in many of the same ways 7 Days to die is, and it is shaping up to be another standoff between two games that are much alike. In Dust you craft items and buildings for your own survival against the zombies and players. Dust and 7DtD are much of the same Iâ€™m afraid, so donâ€™t go expecting variety. Which incidentally is something zombie games typically lack. Itâ€™s usually just all out zombie carnage with a group of survivors killing zombies and humans alike in a bid for survival. Itâ€™s the basis of a genre.

Now, as a disclaimer to this, a good old fashioned zed-bashing game goes a long way with me. I find they are scary enough to give you a few cheap scares, but can be used to create a fantastic shooting experience (Editor’s Note: State of Decay also gets an honorable mention when it comes to innovative zombie games). It gives me a giddy feeling to see the market so gloriously saturated, with the above being only a small piece of this reanimated portion of the market. Long gone are the days where I posed the question â€œWhere have all the good [zombie] games gone?â€

Former Staff Writer Fraser enjoys long walks on the beach, and doesn't like rude people. He also plays a ludicrous amount of games on both PC and PS3 and is Studying Computer Games Development at college in Scotland, U.K., and of course games journalisming with these fine fellows you see above and below. His wallet fell seriously ill in 2009 of a Steam Sale and has never recovered since, leading to many, many games. He has high hopes that he can suitably inform and entertain many of you fine people, and play a part to make SpawnFirst-a great website, even better. As ever, feel free to add his steam account.
You might also like
dayzArticles