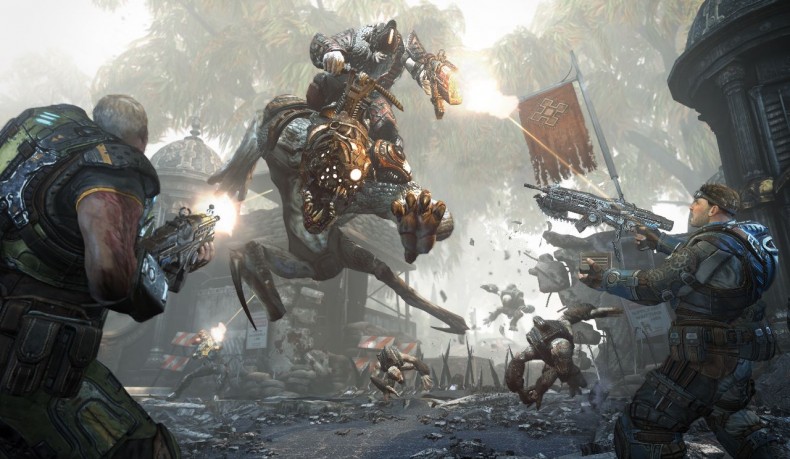 After the megaton announcement by Microsoft that they now own the rights to the Gears of War franchise from Epic Games, a lot of fans are now worried about the direction of the series and how well Black Tusk Studios will carry on the legacy.

Epic has always had a pretty strong rapport with their fans, and has always held their fans as equally important as their IPs. So itâ€™s understandable that thereâ€™s a lot of apprehension about how Black Tusk Studios will handle the franchise, and more importantly, how active they will be in listening to, communicating with, and engaging with Gears fans.

Will Kinsler, Community Manager at Epic Games, is doing his best to assure Gears fans that the franchise is in the right hands with Black Tusk Studios and MS.

Congratulations to @XboxP3 @GearsViking and all our friends at Microsoft – theyâ€™ll take good care of @GearsofWar and weâ€™re excited for them!

Hereâ€™s to hoping. Weâ€™ll find out soon enough when the announcement and details for the new game in the series come out.

News, Other News, Xbox One
Black Tusk StudiosepicGears of WarMicrosoftMS

Senior Staff Writer Colton Steury is a musician, writer, and fervent gamer who enjoys most any games, but is especially fond of RPGs, platformers, third-person shooters, and indie games. When he's not writing articles, composing songs, or gaming, you could probably find him eating potato chips and petting a cat. Generally, he is willing to accept potato chips/cats as currency.
You might also like
epicGears of WarMicrosoft