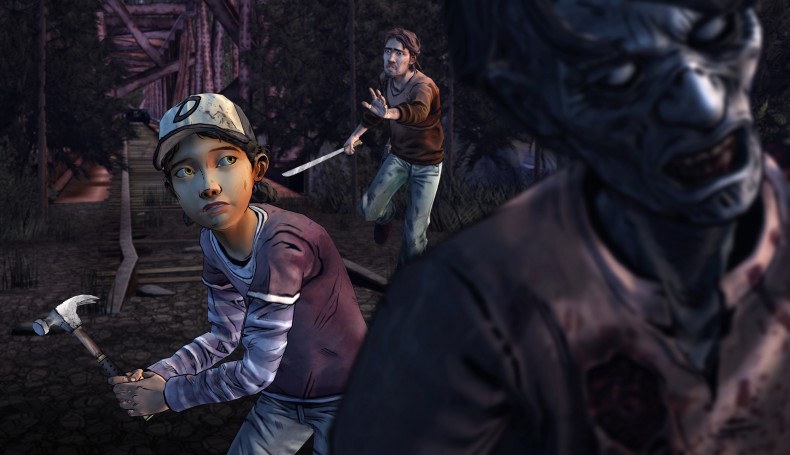 Fans ofÂ The Walking Dead by Telltale Games get a little snippet of what’s to come in season 2 episode 2 of the game with this screenshot. Clementine is sneaking up on a walker to try to bludgeon him to death, but it shows Luke running up behind her with his arm outstretched. From the screenshot, he’s either trying to save her from something (possibly a walker off-screen we can’t see), or he’s trying to stop her for an unknown reason.

Either way, hopefully some more screenshots release soon to quell the anxiety of waiting for episode 2 to find out what happens to Clementine and the others in the cabin. No word on a release date but we’ll keep you all updated as the news arises.

Former Editor-in-Chief Angie has a passion for gaming. She has never been able to put the controller down since first picking up an SNES controller at the age of 3. She loves researching anything gaming related and talking games amongst her friends.
You might also like
Screenshotseason 2 episode 2The Walking Dead