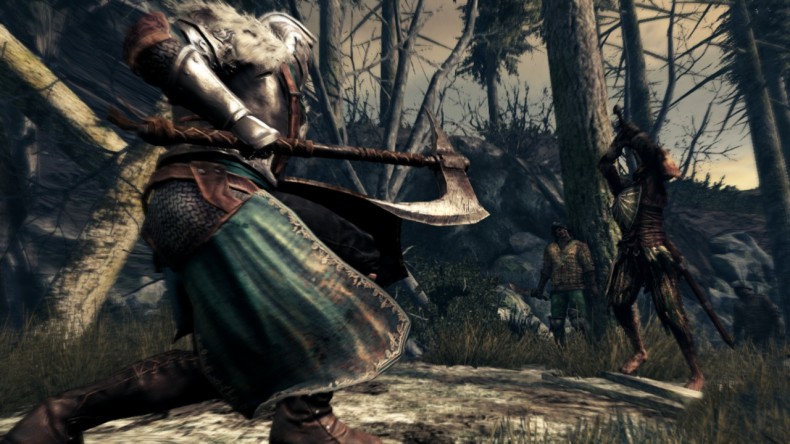 Edge recently did a preview ofÂ Dark Souls II, but NeoGAF memberÂ Darth Zandatsu pulled the most interesting of highlights from the article. Some of which include thatÂ Dark Souls II is FROMSOFT’s biggest game ever and the development team for the game has roughly doubled. Production of the game is split into two teams, with Yui Tanimura heading the battle mechanics and gameplay while Tomohiro Shibuya heads the world and design aspects of the game.Â The opening cinematic for the game will be viewable to the public in January.

Members of the Brotherhood of Blood and the Blue Sentinels can engage in PvP battles within their own covenants. Also, a new Covenant is on the horizon – a police force type that hunts down invaders, which poses a threat for those who prey on weaker players.

The map size ofÂ Dark Souls II is approximately the same size asÂ Dark SoulsÂ except this time around, players are given more free reign as to how they choose to proceed throughout the world. The game is also said to have a higher difficulty so if you had troubles with the first game, prepare yourself for a more difficult journey this time around. However, they’re still deciding whether it’s too hard or too easy – the game could possibly get even harder or maintain the difficulty of the originalÂ Dark Souls. We’ll just have to wait and see. Currently there are no plans for a PlayStation 4 or Xbox One version.

For even more highlights, head hereÂ to get all the juicy, most relevant details onÂ Dark Souls II.

Former Editor-in-Chief Angie has a passion for gaming. She has never been able to put the controller down since first picking up an SNES controller at the age of 3. She loves researching anything gaming related and talking games amongst her friends.
You might also like
Dark Souls II