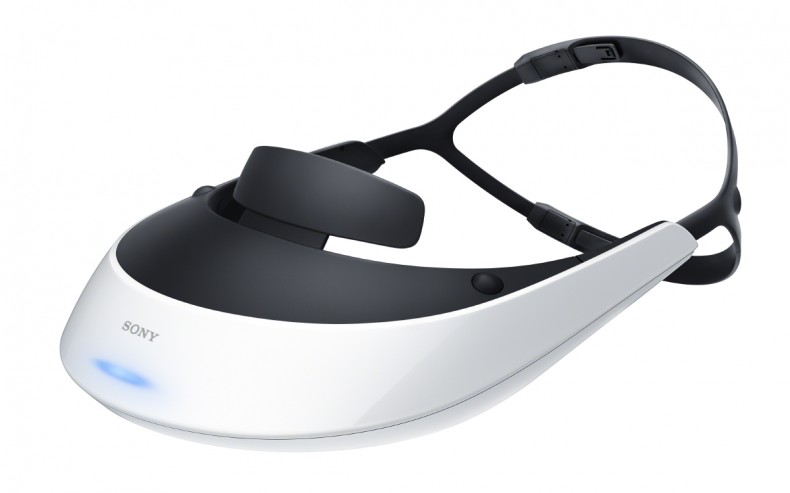 Sony intends on breaking into virtual reality with a device to be paired with the PS4, reports Eurogamer. With the rise of 3D gaming and products like Oculus Rift, the decision to move this direction seems perfectly logical, and illustrates the forward thinking that the company has recently been known for. Sonyâ€™s competing device is reportedly set for an official reveal in 2014, after the launch of their next generation game hardware.

Sources indicate that the upcoming device has been tested internally with the PS4-exclusive racing sim DriveClub, allowing players a full view of the inside of their vehicleâ€™s cockpit. The developer of the title, Evolution Studios, has been involved in the development of 3D gaming in the past, having worked with Sony on their 3D TVs designed specifically for the PS3.

The device presumably functions like the head-mounted Oculus Rift, offering views for each eye that surround the viewersâ€™ peripheral vision, with motion tracking to allow users to move their heads to control their view. This more natural method of providing 3D interaction is a step forward from the traditionally static 3D images of the recent past and potentially brings a far more comfortable 3D experience than existing devices can provide(itâ€™s certainly not the Virtual Boy.) Itâ€™s reported to be modeled after Sonyâ€™s HMZ-T1, a headset that displayed 3D from existing content that wasnâ€™t necessarily designed to perform as a VR experience.

Sony had allegedly planned to detail the product at Gamescom in Germany, but decided to pull it for unknown reasons. Upon asking Sony about it directly, Eurogamer was simply told â€œthey do not talk about that.â€

With two devices offering similar 3D experiences at the consumer level, VR games may become more of a reality. If Sony can offer an affordable and comfortable experience with PS4, the system may be ahead of the curve when it comes to getting console gamers fully immersed.

Contributor Geron's been into games for as long as he can remember. From fighting Octoroks to studying graphic and game design at GMU, the guy's been around the block when it comes to interactive entertainment. When he's away from a console, he's working on his next piece of art. Fun Fact: his first published artwork was in issue #144 of Nintendo Power Magazine, when he was only 10.
You might also like
Sony Virtual Reality Headset