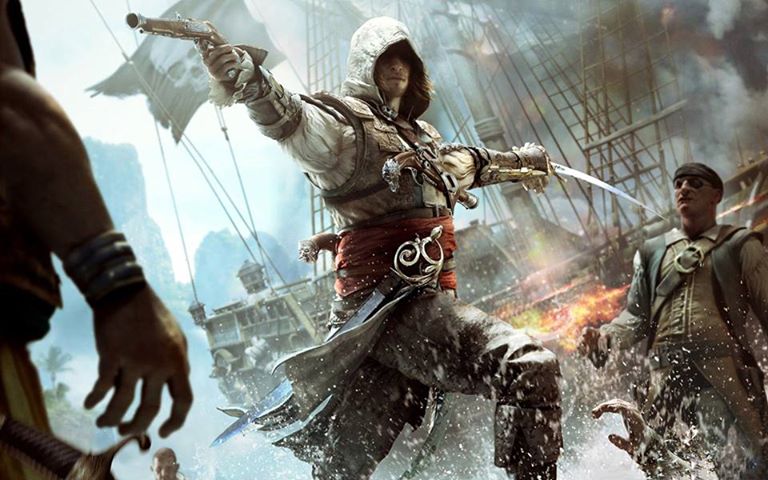 There are three Assassin’s Creed titles in the works according to Ubisoft CEO, Yves Guillemot. After an interview with Kotaku, Guillemot revealed the company is planning ahead for the franchise as they want the popular series to continue to thrive, while avoiding fatigue.

Guillemot stated: “We are making sure the teams who are creating the different iterations have enough timeâ€”two years, three years, so that they can take risks and they can change the concept enough so that it can be appealing and fresh”

One of these titles will be most likely beÂ Assassin’s Creed IV: Black Flag, which was showcased at E3 and will be availableÂ in October. However, the question remains what the other two games will be. Next year’s Assassin’s Creed game is like to be another as the franchise has released titles annually. The final and third game may be either the 2015 Assassin’s Creed game, or a mobile/tablet spinoff similar to Deus Ex: The Fall.

Sadly, for now we’ll just have to wait and see over the coming months orÂ possibly years for further information on both of these titles.

(Editor’s Note: while the news of new Assassin’s Creed titles is exciting for series fans, Ubisoft had better invest the time and money to make the gameplay more fresh and original, and minimize the bugs that have plagued this series. Fans want more, but they want more quality, and not quantity).

Former Staff Writer Mark is an Irish student passionate about games. He enjoys playing sports such as soccer and rugby, but loves playing video games at any time possible. Mark plays mostly on the Xbox 360, but also plays on the PC from time to time. He is a multiplayer manic and also loves to delve into deep storylines within RPGs.
You might also like
Assassin's Creed IV: Black Flagassassins creedUbisoft