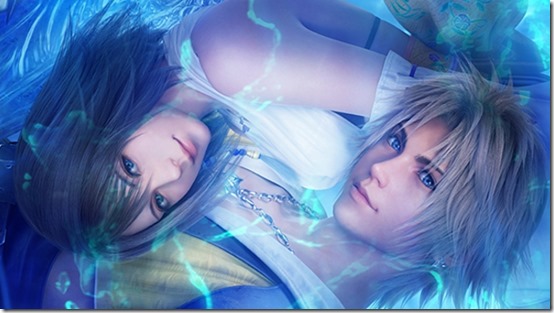 Square-Enix has released a new trailer for the upcoming HD Remaster of Final Fantasy X and X-2 that showcases the re-releases new features.

In addition to updated visuals, and sound, the remaster will include trophy support, a new audio drama set after the events of Final Fantasy X-2, as well as content from the original games that were never released outside of Japan.

Available for both the PlayStation 3 and PlayStation Vita, both games will also support cross-save compatibility so you can resume playing your save file on-the-go.

Check out the trailer here:

Founder/Consultant Growing up in different countries, Karam has a unique global perspective about gaming. He brings with him that set of eyes and ears that can look at the state of gaming from afar. His gaming loves cover just about every genre, and he is a constant presence on Xbox Live and PSN. Karam is a Systems Administrator by day and lives in Georgia with his wife and three children. By night he transforms into Aye Karamba (Live) or Aaqiloon (PSN), and his virtual aliases live online.
You might also like
Final Fantasy X HD