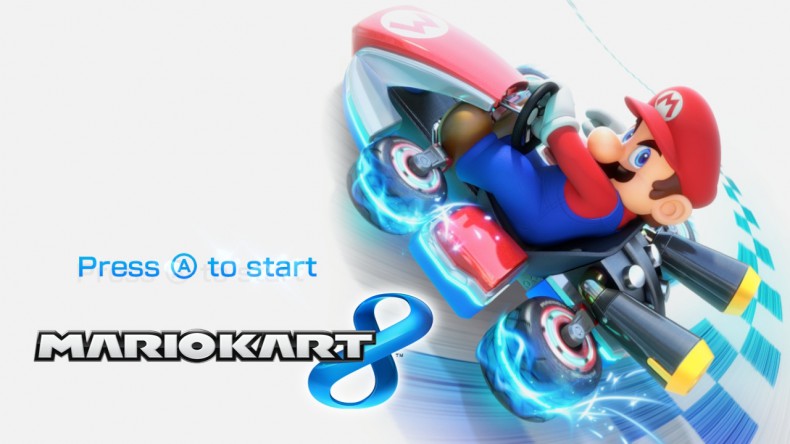 Mario Kart 8 keeps the energy alive with new tracks, new items, and new characters. The new MKTV allows you to relive highlights of the race and share them with friends. Mario Kart 8 is a must have title.

Nintendo Network still needs fine tuning. While online play is easy to jump into, setting up a room with friends requires more work than it should. Voice chat is available, however it is turned off during the race, eliminating the greatest part of Mario Kart: hearing your opponent yell great obscenities as you pass by.

Mario Kart 8 delivers. It's the king of kart, the rex of racers, the saltan of speed. With jaw-dropping graphics and a soundtrack full of ear-worms you'll be glued to your Wii U.

It’s finally here. Mario Kart 8  is on the Wii U and it’s an ode to Nintendo’s continued deliverance of quality games. This gorgeous kart racer will provide hours of entertainment with visually stunning tracks and a long overdue quality online mode. Everything about Mario Kart 8  screams intelligent design, and it’s no surprise that it is a must-have title for Wii U owners.

Mario Kart 8  does well to honor its predecessors. Tracks from the previous seven titles can be found with an added twist to the original track to give it that Mario Kart 8  touch. You’re getting the best of what Nintendo has to offer. You’ll also be amazed at the new tracks that showcase the game’s innovative inverted roads.

At the end of races you get a little 30 second clip of the race’s highlights. This ranges from a well-timed green shell to passing someone 10 meters from the finish line (you also have the option of viewing the whole race). You can then upload these reels on MiiVerse as well as YouTube after signing in with your Google account. This is a pretty big step for Nintendo, who have been behind when it comes to their online presence. No longer will you have to jump up in excitement, run over to a friend, and describe what just happened. Just show him or her your game clip.

Try to catch me ridin’ purdy

The biggest change you’ll notice in Mario Kart 8  is that you can only hold one item. No more trailing an item behind you and picking up another in reserve. This new aspect of the game has a surprising impact on how you play. Is it better to drop the banana you have in hopes of getting a horn to protect you from a blue shell, or will you get the coin and be defenseless until you reach more items? You can also steal items, similar to Double Dash. The Triple Mushroom and Crazy 8 revolve around your racer and, being out in the open, other racers can bump into your mushrooms, stars, etc. and take their effects from you.

You can go online with one or two players locally and play others in either tournament, 4-tracks, style or just for fun, endlessly picking tracks with racers jumping in and out after each race. You can create a room for friends to join, but unfortunately you cannot message them to let them know you’ve created it. This is more an issue with Nintendo Network than it is with Mario Kart 8 .

The Wii U GamePad showcases each racer’s position. On the left are three tabs you can choose from, which include mirroring the TV screen, a layout of the track with racers’ positions, and a toggle for tilt controls. It’s also pleasantly decorated as a horn to honk to express your road rage.

Mario Kart 8  is another boost in the right direction. Watch a highlight reel in slow motion to admire the work that has been done in the game. While you’re racing, take a look at the horizon and be in awe at how much detail there is for such a simple kart racer. All of the adrenaline-inducing energy is here and now you can share the moments with friends with the new highlight reel feature and Nintendo Network connection. See you on the track. Mario Kart 8  is a must-have title for Wii U owners. In fact, it’s a must-have title for gamers. No other racing game compares to the adrenaline that Nintendo invokes with their notorious blue shells and banana peels. Their online play is a step in the right direction and hopefully some future patches will make it easier to play with friends. Nonetheless, playing with racers worldwide will put your skills to the test in this innovative kart racer.

Versus Mode Co-Host/Creative Co-Director Chris is ridiculous. True story: instead of paying rent one month he bought a Nintendo 3DS. Being a fan of all gaming platforms is tough on his wallet, but he's a gamer on a budget. He plays his PS Vita or 3DS while on the train to/from work and his Xbox 360 or Wii U when at home. He won his university's Video Game Olympics competition back in April of 2012 and mentions it whenever he can in conversation. His other interests include comedy, surviving Chicago, and hangin' out with his pup, Theta.
You might also like
GamePadMarioMario Kart