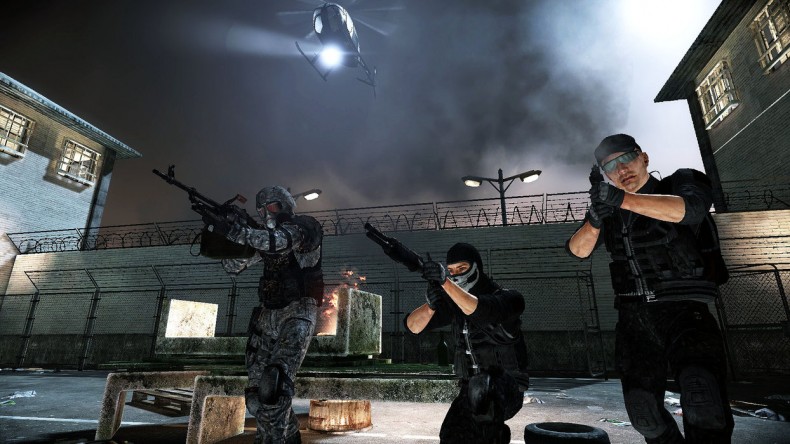 The idea of an old-school, arena shooter that combines both old and new gameplay styles is a great idea. Rekoil: Liberator tries, but misses the mark by a few inches. With some fine-tuning to the controls and weapons, Rekoil: Liberator could be a good multiplayer shooter, but instead is slightly less than competent.

Too Much Recoil, Not Enough Firepower

After the terribly buggy and broken Battlefield 4 and the been-there-done-that multiplayer of Call of Duty: Ghosts, I’ve been itching for a solid, competitive multiplayer experience. Naturally, when I was offered the chance to review the multiplayer-only game Rekoil, I jumped at the opportunity quickly even though I knew nothing about it. Rekoil: Liberator, a title in dire need of spell checker, may not have scratched my multiplayer itch, but it came fairly close. 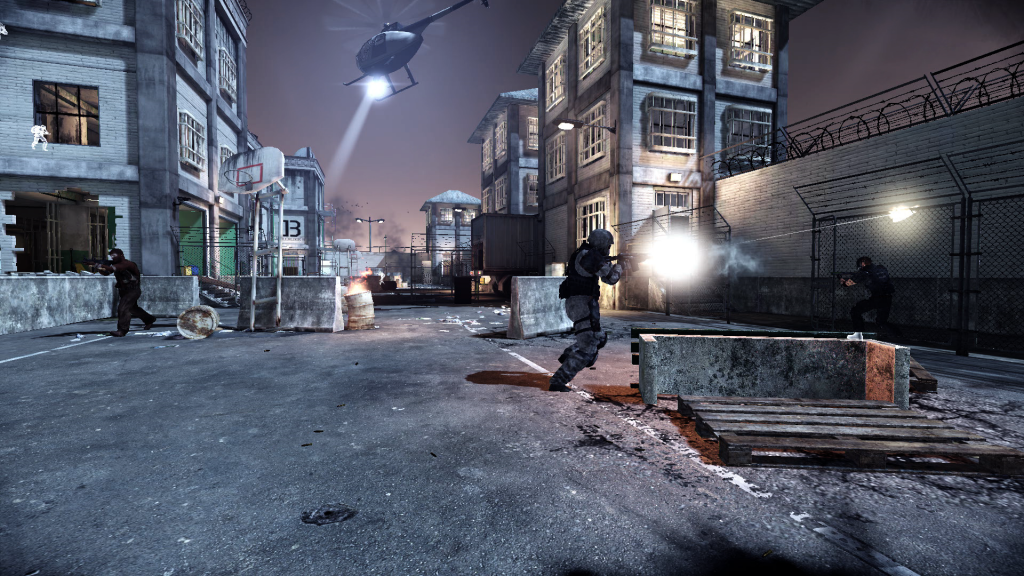 Rekoil: Liberator is a multiplayer-only game that pits up to ten players against each other with seven game modes and 11 maps. Instead of using a leveling system, players are allowed to choose a single class and use two of the games many weapons. All weapons and classes are available at the start so new players won’t have to worry about other players whose attack power is derived from their time playing.

The developers had the right idea on the set up as it easily balances things out for newcomers while never inhibiting veteran players.Â  Anybody who has played an multiplayer shooter should be able to pick up the basic of the core gameplay and game modes. These modes are fairly basic with Deathmatch, Team Deathmatch, Domination, variants of Capture the Flag, and one unique mode that pits a single player against the rest.

The basic idea of Rekoil: Liberator is a game that is a mixture of Call of Duty and Counter-Strike, but stiff controls and strange design choices keep it from achieving greatness. Movement feels a little clunky and the only way to change guns is with the D-pad, including grenades. This style harks back to an older era of games so this generation of gamers will probably be foreign to it.

The many guns that the game totes aren’t very different outside of aesthetic. Aside from the sniper rifles, most of the guns have about the same attack fire and range, even the shotguns, and ironically the only real difference between them is their recoil. 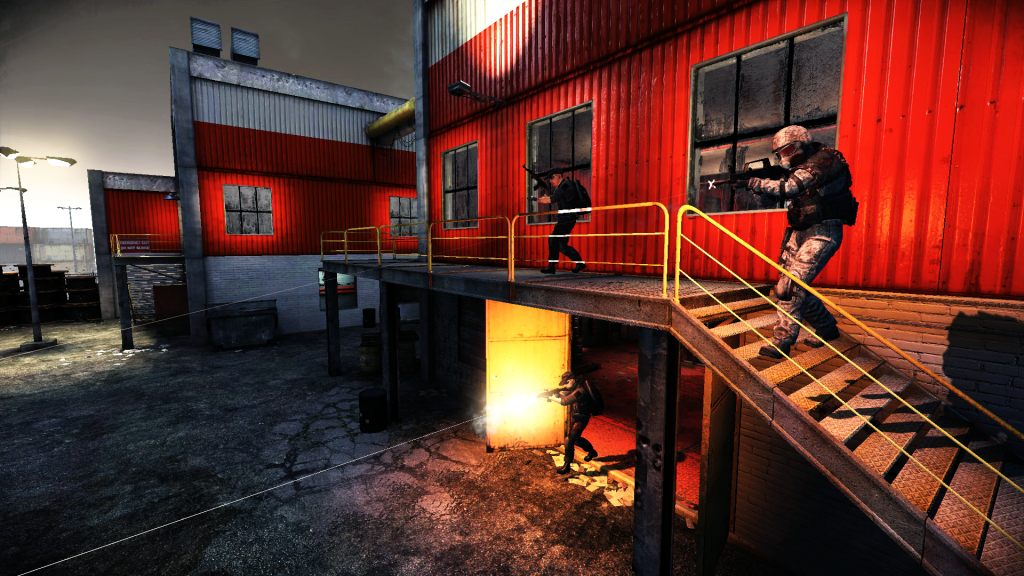 On the bright side, players can change the firing setting at any time which isn’t a bad idea either. When I was playing though, I noticed that aiming down the sights was somewhat less accurate than if I was shooting from the hip which is odd. Depending on which class of gun is being used, the player’s movement will be slower if using a heavier gun.

The game’s maps are decent, if a little simplistic, but they manage to do the job especially since this game is more of a run-and-gun affair than a tactical shooter. Maps typically aren’t very big which is an advantage since there is no radar like most shooters today.

In hindsight, a map screen may have been useful since distinguishing friend from foe can difficult because the game doesn’t always flash your team’s colors on a player. Also since the game switches players randomly after every match, including people in a party, friendly kills can be quite common.

Aside from classes and weapon choice, players can pick an avatar at any point in the match, though all of these are reset after the match ends. It would have been more efficient if the developers to let players customize their characters before getting in a match. This is hardly a worthy grievance as it is only a cosmetic feature and doesn’t affect gameplay in the least.

Rekoil: Liberator isn’t a very pretty game and much like its inspirational games, it feel like the art direction is loosely derived from both Call of Duty and Counter-Strike. Characters and environments lack detail and nothing stands out visually.

Sound is also fairly basic with generic gunfire and explosions. This is all fine and well, but the announcer could have been a little less grating and a lot less talkative. Other than that, the sound gets the job done even though it is nothing more than basic. 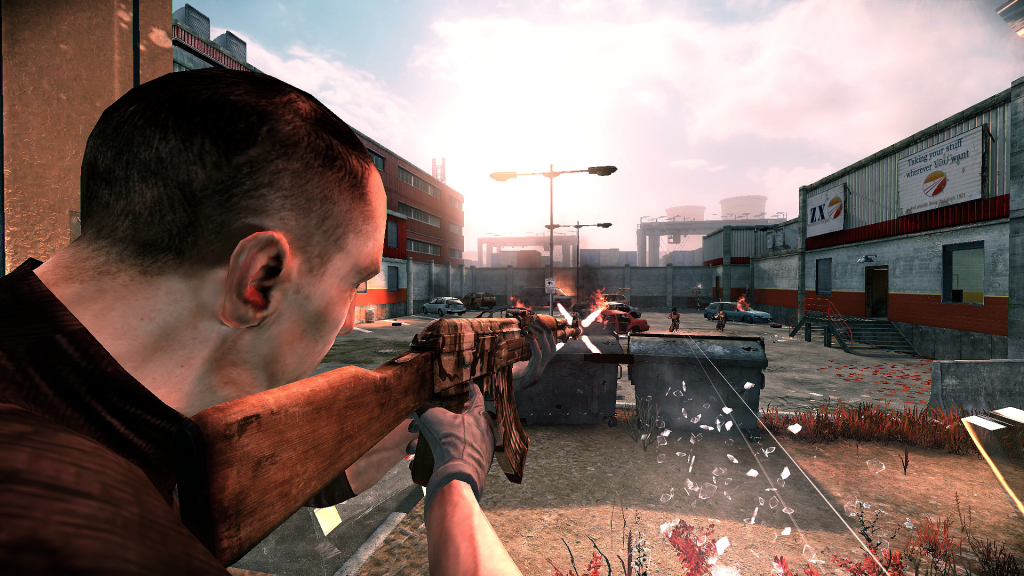 The idea of an old-school, arena shooter that combines both old and new gameplay styles is a great idea. Rekoil: Liberator tries, but misses the mark by a few inches.Â  With some fine-tuning to the controls and weapons, Rekoil: Liberator could be a good multiplayer shooter, but instead is slightly less than competent.

Former Contributor Chris West is a graduate of Texas Tech University where he earned his BS in Electronic Media in Communications. Chris has been passionate about games since he was a kid and today prefers games with a strong narrative. He also has a soft spot for horror games, legitimately scary games mind you, and any game claiming to be challenging, Dark Souls for example. When he isn't playing games, he is pursuing his other passions: music and photography. Chris can play both guitar and bass and then take high quality pictures of the performance with his camera. In the end, Chris enjoys writing about his passions and ideas, when he isn't destroying his friends in Call of Duty.
You might also like
Chris WestFPSmultiplayer