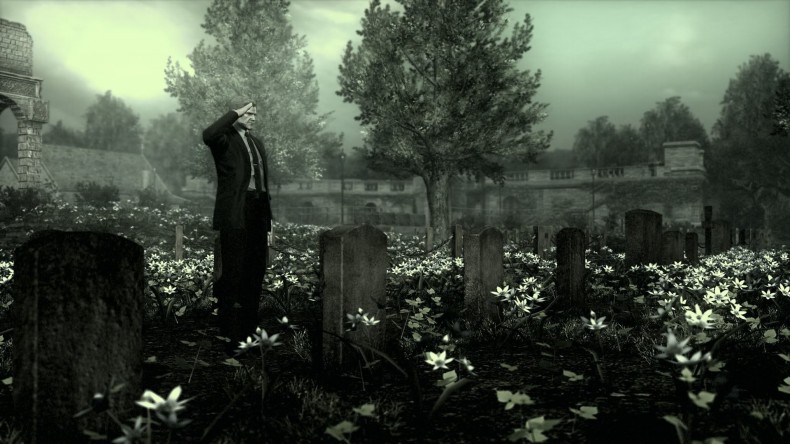 Like many people, I suffer from depression. Mine is often draining and seemingly endless at times. It conjures up many feelings within me, among them anger, worthlessness and weakness. Itâ€™s pretty much caused me to withdraw into a â€œshellâ€ of sorts. Most of the time I donâ€™t want to be around other people and I donâ€™t want to do anything, including playing video games.

However, sometimes video games are a great coping mechanism for me. Sometimes they can help me deal. Sometimes they are simply an escape. Iâ€™ve pretty much come to terms with this disease of mine, and video games were a big part of that. Iâ€™ve played many in times of despair. These are 10 that stood out in my mind.

Depression QuestÂ  has been called brilliant by some, pretentious by others (shhhuuutttt uppppp) and boring by others still. Itâ€™s a Twine game, and while I donâ€™t think itâ€™s â€œforâ€ everyone, I do believe itâ€™s a perfect fit for anyone who wishes to explore some of the more troubling aspects of depression. Depression QuestÂ  is not a happy game. It shouldnâ€™t be. Itâ€™s about depression.

I identify with a lot of the situations in Depression Quest.Â  I even find myself thinking, Holy shitâ€”this game is about me.Â  Iâ€™ve played through it several times. Sometimes I play it to cope. Sometimes I play it just because I like it. Whether you want to call it a game or an interactive novel or blah blah blah whatever, you wonâ€™t find many more purely human experiences than Depression QuestÂ  in the gaming world. X-Men Origins: WolverineÂ  is an extremely graphic, violent, nonsensical and really underrated action game. Itâ€™s a shame itâ€™s been de-listed because itâ€™s one of the best games based on a movie in that it achieves the rare feat of being better than the movie, which is crap (seriously; last yearâ€™s â€œThe Wolverineâ€ is about a thousand times better). My nephew and I both absolutely love it. Itâ€™s a game I turn to often when Iâ€™m feeling that angry sort of depression. I rip apart some dudes with another dudeâ€™s claws and suddenly everything is alright with the world. OK, I may have a problem. Question: Who doesnâ€™t like Tetris?Â  I seriously donâ€™t know a single person who doesnâ€™t. Rotating blocks and placing them just so is fun as hell and thatâ€™s why itâ€™s on this list. I have TetrisÂ  on my 3DS and I often turn it on and then just stare at it, thinking, I donâ€™t want to play this damn thing.Â  Then I remember it has TetrisÂ  on it and I realize I actually do want to play the damn thing. TetrisÂ  is an awesome vessel that contains nothing except pure joy and if you donâ€™t like it youâ€™re a buttface. Making fake people happy is way better than addressing real life problems! Any one of the SimsÂ  games is almost too perfect of a choice for a list like this. Depression is a monster that can only be defeated by positivity. The SimsÂ  is all about that. Creating a character thatâ€™s more than likely supposed to be yourself or an extension of yourself and then helping them achieve great things makes you feel like a million bucks. The SimsÂ  goes out of its way to be a joyful experience. Even failure in The SimsÂ  is lighthearted and easily fixable. The Elder Scrolls V: SkyrimÂ  is my most-played Xbox 360 game. Iâ€™ve spent 600+ hours exploring the land of Skyrim (and a bit of Morrowind in Dragonborn). I consider SkyrimÂ  to be one of the best games of all time. I got lost in it the first time I played it and Iâ€™m more than willing to give into its life-sucking ways each time I return. The world that Bethesda built is amazing and represents the ultimate escape for those who may need it.

The Legend of Zelda: Ocarina of Time OK, Iâ€™ll admit I just included The Legend of Zelda: Ocarina of TimeÂ  because itâ€™s my favorite game. Then again, it makes sense I would put it on this list for that very reason. I think everyone and their mom knows what Ocarina of TimeÂ  is by now, so I wonâ€™t bother detailing its gameplay or anything like that. If you havenâ€™t played it, WHAT ARE YOU DOING?! It made me very happy as a kid, and it still has that same effect on me now. Depression eradicated. Boot up Minecraft,Â  choose â€œCreative Modeâ€ and build to your heartâ€™s content. Watch as your sadness melts away. MinecraftÂ  is not the sort of game you play if you want big shootouts or a well-written story. Itâ€™s what you make of it, but itâ€™s always a carefree adventure. It lets you do what you want to do, and thatâ€™s just dandy. If you find yourself feeling melancholy, go play a Need for SpeedÂ  game. Any Need for SpeedÂ  game (except Undercover). RivalsÂ  is pretty fantastic, so start with it. Drive your cares away. Laugh at the ludicrous writing. Just let it all out on the pavement, yaâ€™ll. Super Smash Bros.Â  is great. Have you ever played Super Smash Bros.?Â  Itâ€™s great. The original, MeleeÂ  and BrawlÂ  are all â€œventingâ€ games, much like X-Men Origins: Wolverine,Â  but without blood and gore. Smash Bros.Â  is of course best with friends, but donâ€™t take that route when youâ€™re depressed. If you lose, it probably wonâ€™t be pretty. No, play the story mode or just plain â€˜ole exhibition matches by yourself and just let loose. Animal Crossing: New LeafÂ  helped me get through a pretty tough time in my life. Iâ€™m pretty much over it now, but I used to find myself constantly reaching for my 3DS when I felt down just so I could play it. The Animal CrossingÂ  games are impossible to hate. Theyâ€™re way too peaceful and cheerful. I named New LeafÂ  as one of my favorite games of 2013. I still 125 percent stand behind my decision.

Those of you who are reading this: I wish you all the happiness in the world. Depression is serious business and not to be taken lightly. I hope you always have at least a little light to fight off the darkness with. I hope you find these games and others just as helpful as I do. Take care.
7 people like this
Articles, Features
animal crossingdepressiondepression questminecraftNeed for SpeedsimsSkyrimSuper Smash Brostetriswolverinex-menZelda

Features Editor Buddy was a journalism major at the University of Alabama. He now spends his days writing novels that will probably never get published and wishing he were an extra in an Anthony Hopkins film. He's been gaming since he can remember and has owned every console from the NES to the TurboGrafx-16 to, yes, even the Phillips CD-i. He loves all games, but his favorite genres are shooters and RPGs. His favorite game is The Legend of Zelda: Ocarina of Time.
You might also like
animal crossingArticlesFeatures