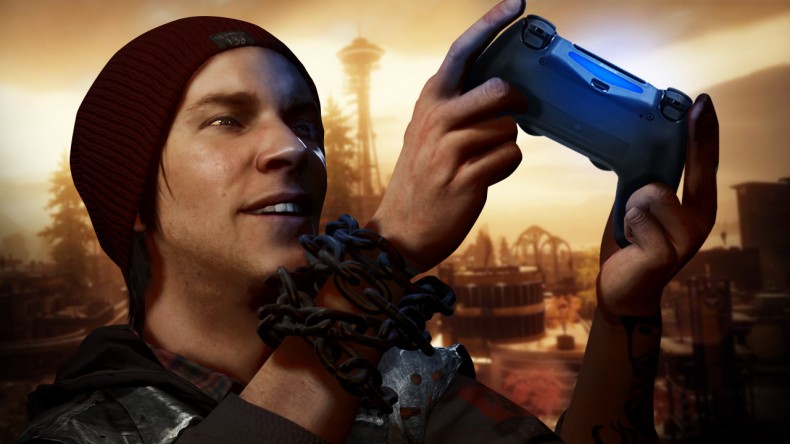 If you didn’t already know, Infamous: Second Son was released yesterday and already players are blowing up the #PS4Share hashtag on Twitter with the system’s built in sharing feature.

Using the Share button on the PlayStation 4’s controller, players are sharing screenshots from the game, showing off the game’s visual prowess, as well as showing others in-game easter eggs and references.

Some players found multiple references to developer Sucker Punch’s previous series, Sly Cooper and decided to share with others.

Even the SpawnStaff is getting in on the action.

Things like this show really how enticing the sharing capabilities of the new consoles can be. With these new features players can show off how they’re playing games and what they’re experiences are in the moment.

Things like this were only available to PC players or people who were willing to pay for expensive capture cards. It’s nice to see these features being put to good use.

Senior Staff Writer Kenneth Shepard is a freelance video game journalist, the first human Spectre and an avid Coca-Cola enthusiast. When he's not sharing his opinion on the internet or saving the galaxy from certain death he enjoys sobbing hysterically over the lives of fictional characters . A student at the University of North Georgia, Kenneth currently writes about games for the University's newspaper.
You might also like
communityArticlesFeaturesKenneth Shepard

The Stigma Against Public Displays of Gaming Affection