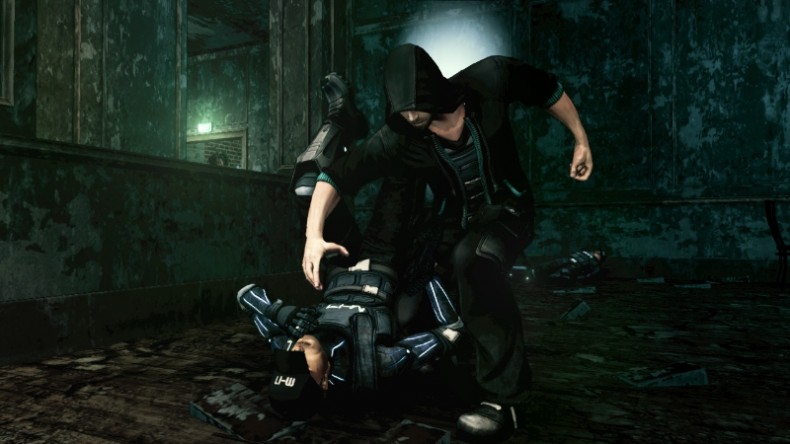 Ironic, in the #5 Worst of 2013, I spoke of how zombies and vampires are some of the most overused villains in games and entertainment media.Â  This is ironic because Dark just happens to be all about vampires, or more accurately, people with pathetically weak supernatural powers who call themselves vampires.Â  This one may have flown in under the radar, but the stench of this game quickly spread like wildfire upon its release.

After being attacked by a vampire, Eric Bane, a fledgling vampire with no memory of his past, stumbles into a nightclub run by vampires.Â  It is here he learns that in order to become a real vampire, he must drink the blood of an elder vampire or turn into a vampire zombie.Â  Â According to some bright, angelic being that only Eric can see, none of his targets seem to be good enough so he has to go hunt some more vampires.

I get the feeling that the writer got the idea for this game by reading an Anne Rice novel while somebody was playing the NES Super Mario game in the background.Â  The symbolism of Toad, the angel, practically says, “The vampire you are looking for is in another castle,” after a majority of the missions.Â  Of course, the whole plot eventually boils down to an antagonist who is using vampires for medical experiments.

The cast of characters, all of which talk like they were turned into vampires in the early 90s, resemble the spinoff of Dawson’s Creek which focuses on all the goth kids.Â  To make them even more unlikable, they all say they only drink human to survive, because animal blood tastes gross.Â  Well I’m sure your victims are empathetic of your sob story and your loathing of violence as you’re tearing their throats out. 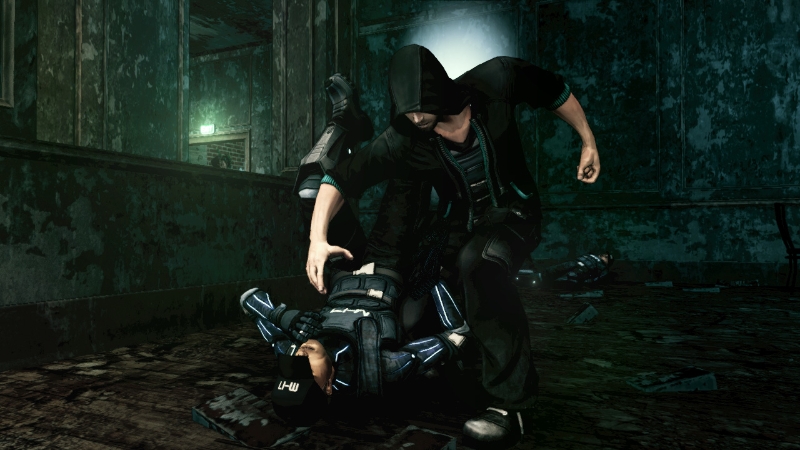 The last time I checked, vampires are weak of sunlight, holy water, and a stake to the heart.Â  In Dark, vampires are still weak to the sun, but also to any type of physical harm that could befall the characters.Â  This means that Eric can be killed, and will be killed repeatedly, by regular, old bullets.

Since Eric is less of a vampire and more like the member of a street gang on bath salts, the Dracula wannabe must rely entirely on stealth.Â  Unfortunately for Eric, and the players, he is not very good at being sneaky and the environments contain very little cover to hide behind.Â  This means players and viewers will get to see a delusional man who thinks he is a vampire get lit up by machine gun fire for six hours.

On the off chance that Eric doesn’t make a sound or the A.I. decides to randomly turn around instead of following the set guard path, players can either kill the enemy quickly or drain his blood to use powers.Â  Using the latter takes a great deal of time because Eric cannot figure out how to drink blood any quicker than if it were being drank out of a child’s sippy cup.

In one cutscene, Eric figures out how to teleport through instinct alone, yet the man can’t figure out how to quickly drink blood.Â  Also, if Eric is biting his enemies then isn’t he creating more vampires which will only cause him and the world more trouble; hah, found a plot hole Kalypso.

Speaking of the teleportation ability, it tends to be fairly worthless.Â  Considering how little cover there is, this would be useful if the range was better and the mechanic was accurate; the little icon may say Eric will land there, but most of the time it’s wrong.Â  Nothing is more embarrassing, than being spotted by armed guards because the main character slammed into a wall teleporting.Â  It’s like watching Nightcrawler after a night of binge drinking.

When a player is spotted, players are better off running because aware enemies can block Eric’s attacks which is also embarrassing.Â  Eric, being a wallflower and all, forgets he has super strength when noticed and instead tries to give the disinterested guards a high five instead.

Eric does get the opportunity to become somewhat stronger.Â  By upgrading his abilities, Eric can become slightly quieter and gain new powers like the power to break a guard’s neck instead of beating him down and shouting “Skadoosh” in victory.Â  In fact, most of his abilities tend to be loud for dumb reasons.

There is a psychic choke hold that kills enemies instantly but tends to attract attention; probably because Eric lifts the guy up before smashing him down with a loud “thud.”Â  This, plus the teleportation moves, can be upgraded to be quieter, but the fact that Eric’s sneaking posture has to be upgraded to be sneakier, is absolutely idiotic.

The game never gets past the bad stealth even with the inclusion of different enemies and bosses.Â  Vampire zombies, or ghouls, are about the same as humans except they are dress like Avenged Sevenfold roadies and the bosses are vampires that must be snuck up on.Â  The last boss is a little different because it’s a large monster and the player must run away from it for a few minutes and then press a button; ooh, exciting stuff there right.

I hate to say this, but this is the type of game that could benefit from some shooter-style gameplay.Â  Just saying, it would be nice to shoot at guards using special powers instead of watching Eric’s face implode after getting gunned down by mall cops.Â  Maybe in the sequel, Dark 2: Darkerer. 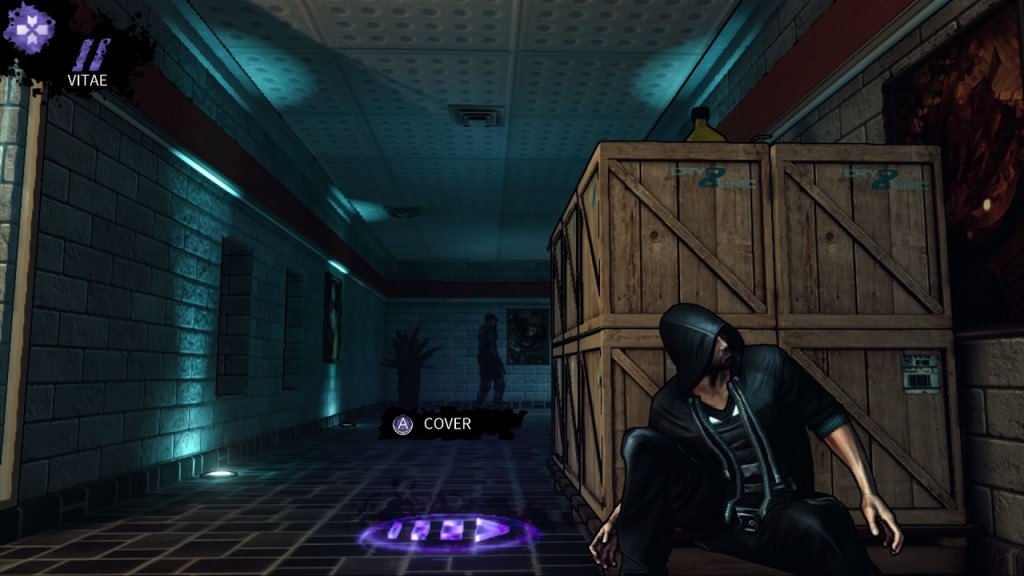 With the start of the next generation of consoles, I guess less focus is on the last-gen meaning the lousier games in production can get a console release even if it is on an older system.Â  Dark may very well be an omen for the last generation with its painfully, terrible design and gameplay and if that’s the case, then the worst game of the year would be the Angel of Death.

2 people like this
Articles, Opinions
darkPCps3Second Worst Game of 2013SpawnFirstXbox 360

Former Contributor Chris West is a graduate of Texas Tech University where he earned his BS in Electronic Media in Communications. Chris has been passionate about games since he was a kid and today prefers games with a strong narrative. He also has a soft spot for horror games, legitimately scary games mind you, and any game claiming to be challenging, Dark Souls for example. When he isn't playing games, he is pursuing his other passions: music and photography. Chris can play both guitar and bass and then take high quality pictures of the performance with his camera. In the end, Chris enjoys writing about his passions and ideas, when he isn't destroying his friends in Call of Duty.
You might also like
dark