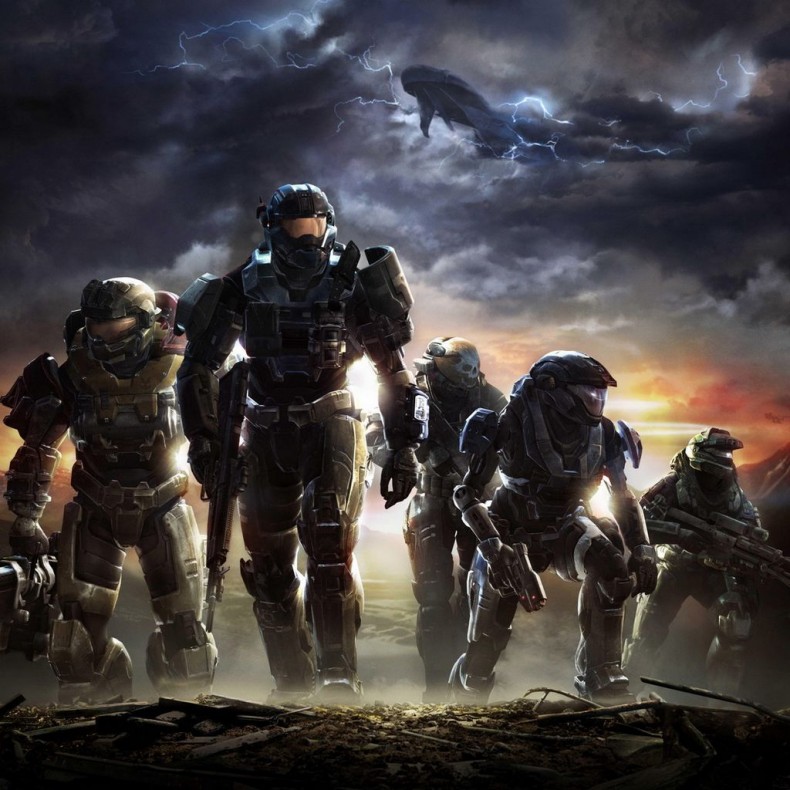 April may not have had as many high-profile releases as March, but that doesn’t mean the SpawnFirst staff took a break from gaming. Check out what they played below! “I was gifted all of the DLC for the entire Mass Effect trilogy, so I thought it would be a great idea to do a completion run through all three games. Itâ€™s my favorite series, so I donâ€™t regret it, but itâ€™s definitely taken up most of my gaming time. The Citadel DLC has been a blast. Â I decided to go back and get a 1000 for the first Darksiders, too. Â One of these days, my achievement completion percentage will be the death of me. Â I picked up Injustice, which Iâ€™ve been thoroughly enjoying. I just wish I wasnâ€™t notoriously bad at fighting games. After a long hiatus from MMOs, Iâ€™m finally back on World of Warcraft and Guild Wars 2 as well, and Iâ€™m in love with my Asura engineer! Â Sheâ€™s little, adorable, but still kicks the ass of everything in her way.â€

“I have some downtime before the summer releases Iâ€™m looking forward to. Mostly, itâ€™s just working on my backlog! I have about thirty games for my systems alone that I havenâ€™t touched yet. As a game store employee, I compulsively buy when price drops happen, which is a terrible habit! With next gen systems on the way, Iâ€™m anticipating some price drops for current gen games, so Iâ€™ll start amassing even more for my backlog soon, too. Aside from that, with the semester being over, Iâ€™m looking forward to really grinding out my MMO characters and starting end-game content with them.” “Oh man, what am I currently playing? If only there was an easy answer to this. Well, I’ll start with the most relevant game, Dragon’s Dogma. While trying to get my heart back from that wretched dragon, I’m taking time to smell the flowers, cook nice meals for my pawns, and slaughter goblins with my longbow. Capcom really knows how to make a good action-RPG. Dragons Dogma 2, please?

And now for the “dated” game I’ve been playing lately, Tales of Symphonia. Quite possibly one of the best action-RPGs ever made, it’s one of the longer ones too. After 75 hours, just when you think the story is over, something is in the way. Something to be discovered still, which can be frustrating, but mostly great. And to finish it off: Terraria. That’s right folks, Terraria. Gotta love it! Currently building my never-ending fortress and gearing up to fight a giant demonic Wall of Flesh in Hell. That’s all that’s in my gaming roster at the moment, so keep playin’ folks! Dwarven Vow #10: ‘Play Hard, Play Often’ “

â€œNext month I’ll still be playing Dragon’s Dogma, A man’s got to cook! I’ll be making my way over to Bitterblack Island in the new DLC “Dragon’s Dogma: Dark Arisen”, facing its many new enemies while reminiscing about Dark Souls. Terraria will still be on my list too, with no ground to expand my fortress on to, it looks like I’ll be moving up to the sky. Maybe I’ll recreate Bioshock Infinite’s Columbia. Who knows, as for new games I’ll probably pick up a couple 3DS games. Fire Emblem? Sure.â€ “Recently, I purchasedÂ GTA: Vice City, my personal favorite of the series and plowed through it in under a week. With anyÂ Grand Theft AutoÂ game,Â I can find myself playing hours on end, even after completing it to 100%. I also completedÂ GTA IV, in preparation forÂ V.

Along with these, Iâ€™ve beenÂ levelingÂ upÂ on Call of Duty: Black Ops 2, slowly edging my way to 10thÂ prestige. I love playing online with friends, but by yourself can be irritating and cause many â€˜rage quitsâ€™.Â LevelingÂ up your weapons and completing hard challenges may be annoying but is quite rewarding after the three hours of pain and suffering you have to endure.”

“I plan on revisiting theÂ Crash BandicootÂ series; especially the originalÂ Crash Bandicoot, CrashÂ Bandicoot 3: WarpedÂ and my favorite game of all time,Â Crash Team Racing. With these games I can have hours of enjoyment, with no added rage. I also plan to continue grinding levels onÂ Black Ops 2. Along with these, I hope to buy eitherÂ Far Cry 3,Â Bioshock Infinite, orÂ Trials Evolution. All these have been on the waiting list for a long time and I think itâ€™s about time to cash in on one of them.” â€œWith the life slowly draining out of the current-gen consoles, most of the high profile releases for the year have already come and gone.Â  That being said, Iâ€™ve begun to work my way through the back catalog of PlayStation 3 titles that I was too cheap to buy at full price.

The Resistance Collection has been on my plate for a few weeks, and Iâ€™m lovinâ€™ it.Â  The weaponry Insomniac Games has in stock for you is always fun and versatile.Â  Ultimate Marvel vs. Capcom 3 has been making me break several controllers as well.Â  Why is it so impossible for me to get a damn 10-hit combo?â€

“The second and third installments of Resistance are still on my list to finish, and my obsession with trophy hunting will be taking me back into BioShock Infinite to collect audio logs and squeak out a platinum.Â  I impulse-bought BulletStorm on the cheap and Demonâ€™s Souls is still sitting on my PlayStation with a Plus membership, so donâ€™t expect to see me out in public any time soon.” “Oh jeez, where do IÂ start. Outside of slogging through Army of Two: The Devilâ€™s Cartel for review purposes, I have been playing Injustice: Gods Among Us on the PS3. Now this is no Mortal Kombat Vs. DC Universe, with castrated versions of MKâ€™s characters and bland and lifeless DC icons. No sir, this game is amped up. It satisfyingly conveys all the DC Universe charactersâ€™ powers, and the impact of their presence onscreen. Injustice includes 24 of the most powerful, iconic, and enthralling characters from that universe. The best part of the game is all the classic fights that you can recreate from the comic books: Superman vs. Doomsday, Green Arrow vs. Green Lantern, Shazam vs. Black Adam, and so on. And once you fill up your characterâ€™s power meter and unleash a special attackâ€¦oh baby. Sit back, grab some popcorn, and relish the absolutely over-the-top onslaught.

When Iâ€™m not punching the absolute bejesus out of Solomon Grundy, I like to hit up Battlefield 3 (Deathmatch) and Halo 4 (Big Team Battle) in my already very limited downtime. Both of these games have that â€œinstant-funâ€ aspect to them. I can just play 4 or 5 matches of Halo 4 (virtually equivalent in length to one match in Battlefield 3) and just enjoy the games for what they are, with my brain turned off all the while. I call these kinds of games â€œzombie-modeâ€ games (yup, my mind just works like that :/Â Â ), just because I can play them without thinking too much. Outside of that: Minigolf on my iPhone. Itâ€™s like crack. In fact, Iâ€™m playing it right now with my feet. Please donâ€™t download it. Promise me.”

â€œMayâ€™s going to be a tough one. With Metro: Last Light, Resident Evil Revelations, Fuse, and Grid 2 coming out, Iâ€™m going to have a helluva time partitioning the month out. Itâ€™ll be even harder to do, since I want to catch up on a few older games sitting in my backlog, like XCOM Enemy Unknown, Devil May Cry, the Hitman Trilogy, and God of War: Ascension. Um yeahâ€¦when writing it down, it all really looks intimidating. Okay, scratch the backlog; the new games take precedence and the others ones can sit it out for another month *sigh*â€

The SpawnFirst staff have been playing busy, but what haveÂ youÂ been playing? Â Make sure to tell us what title you’ve been grinding through, or what you have in store for May in the comments below!

Former Contributor Nolan Alber is a college student from North Dakota. He enjoys rescuing puppies from burning buildings and beating up criminals on the streets, and often lies about his interests to make himself look better. Nolan is an avid gamer on PlayStation 3 and PC. He impulse-buys more video games than he can actually play, and is a fan of shooters and fighting games (even though heâ€™s terrible at the latter).
You might also like
SpawnStaffArticlesFeaturesAlex Layton