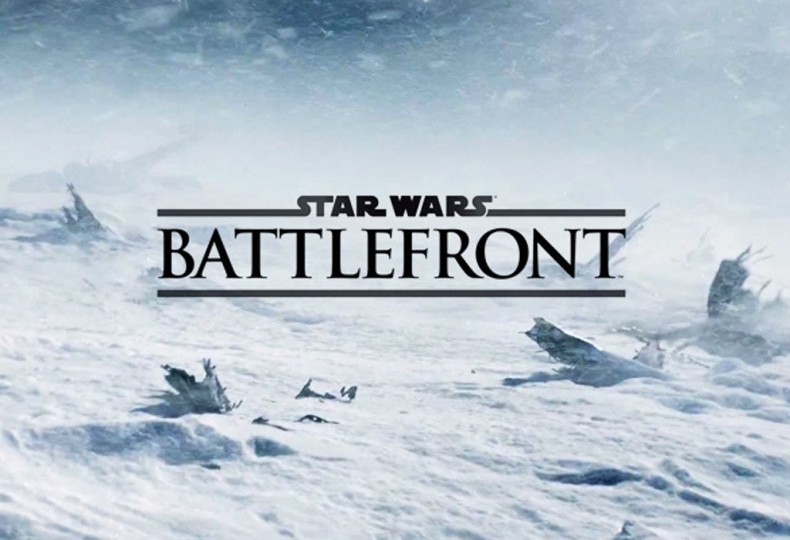 Bring Back the Xbox Original Classics!

Every year we see a new Call of Duty, Battlefield, Madden, or other titles similarly suffering from sequel-itis, we start wondering about the lack of resourcefulness of the gaming industry. Yet we gamers keep buying the same derivative crap every year, in the name of having the latest game, or being able to experience a few added gameplay features, which by the way, often take a turn for the worse (donâ€™t worry, Black Flag; youâ€™ll always stay on my mantle).

So just why are we all okay with a never-ending regurgitation of yearly iterations that oft times, letâ€™s face it, are developed just so publishers can keep a constant stream of cash flow coming in?

Yet we keep asking ourselves:

â€œWhy am I suffering through the same crap again?â€

Sure, original ideas can be hard to come by, and coming up with unique gameplay concepts might involve developers banging their heads against a wall to get the brain-juices flowing, but what about rejuvenating older titles?

Just like we did with our PlayStation 4: Bring Back the Classics! poll, weâ€™re delving into some older series on the original Xbox that didnâ€™t quite make the jump over the Xbox 360. Hey, if the gaming industry is all out of ideas, how about bringing back our classic Xbox titles and developing sequels, or better yet, rebooting the IPâ€™s all together? 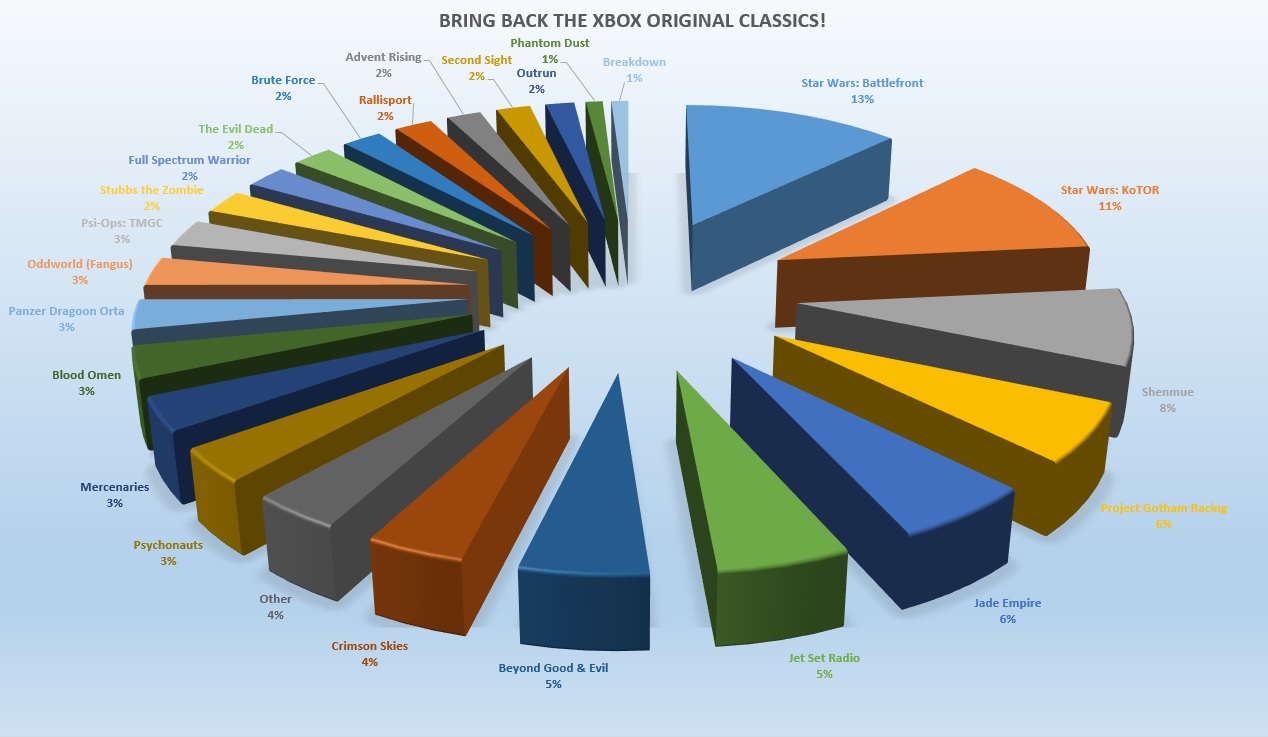 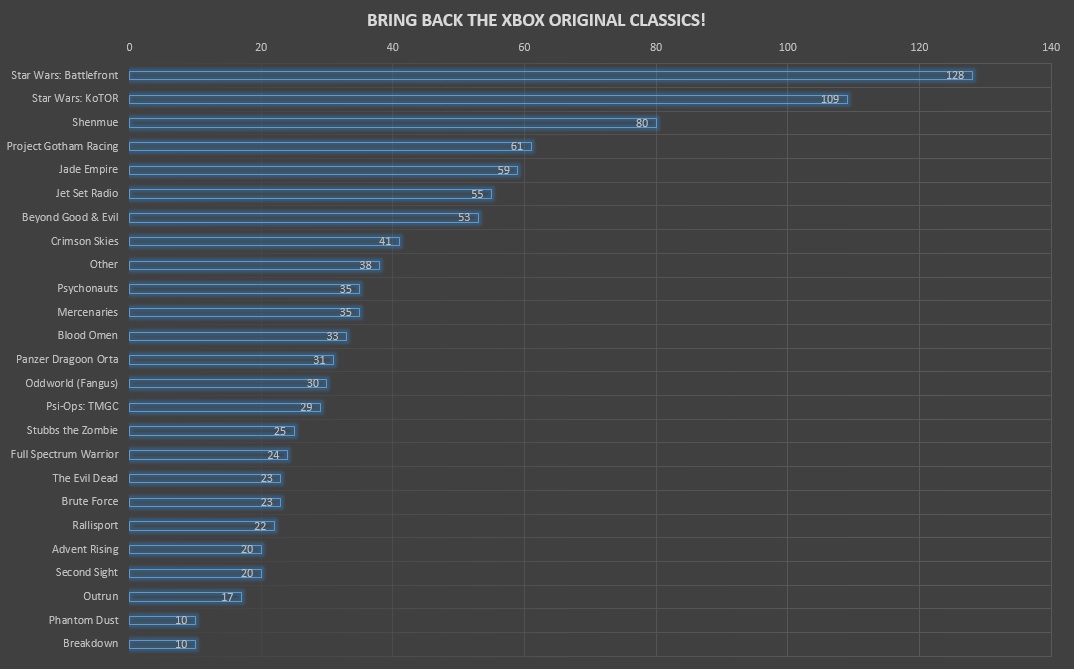 Well, our lovable Xbox fans have spoken (to the tune of 1,011 votes!) In our latest SpawnPoll, â€œBring Back the Xbox Original Classicsâ€, the fans shouted out their most favorite Xbox original series that theyâ€™d love to see re-debut (is that possible?) on the Xbox One. 24 titles and one â€œOtherâ€ category were offered to our rabid X-fans, and boy did they have some interesting choices! Weâ€™ll cover the top 5 choices in semi-detail below.

Note: Visitors were allowed to pick exactly 5 from the total 25 choices offered in the poll; no less and no more. 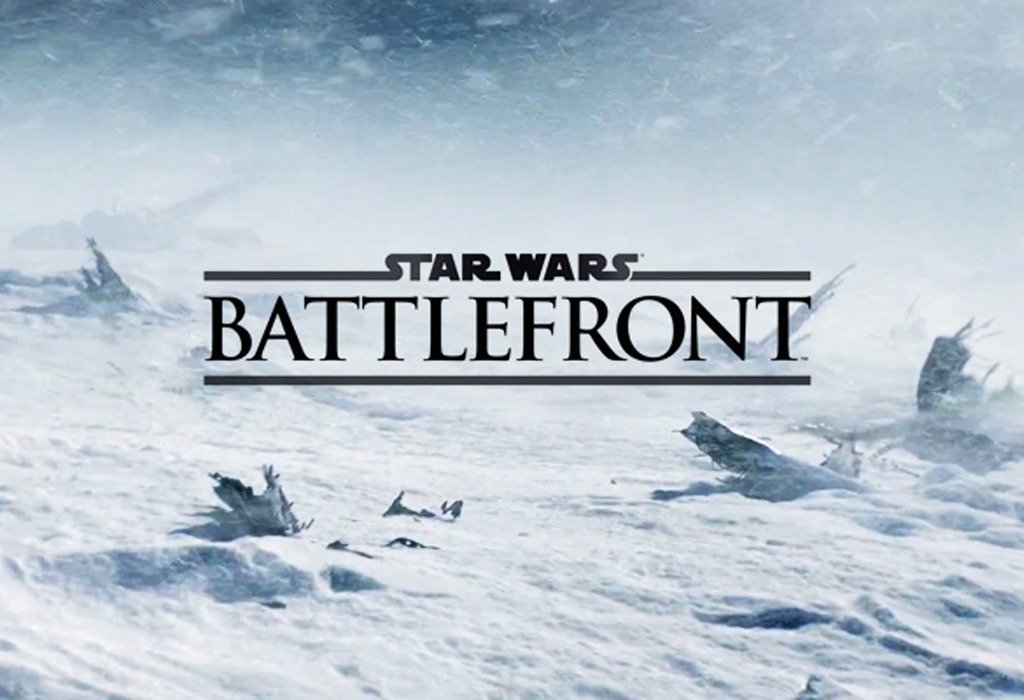 Star Wars Battlefront took the lead with over 120 votes. DICEâ€™s somewhat disappointing Battlefield 4 aside, the fans apparently still believe that the developers can do justice to the Battlefront series (DICE/EA revealed at E3 2013 that theyâ€™re hard at work on a new Star Wars: Battlefront title). Either that, or everyone just wants a new Battlefront title, period. Either way, itâ€™s been a long time coming. 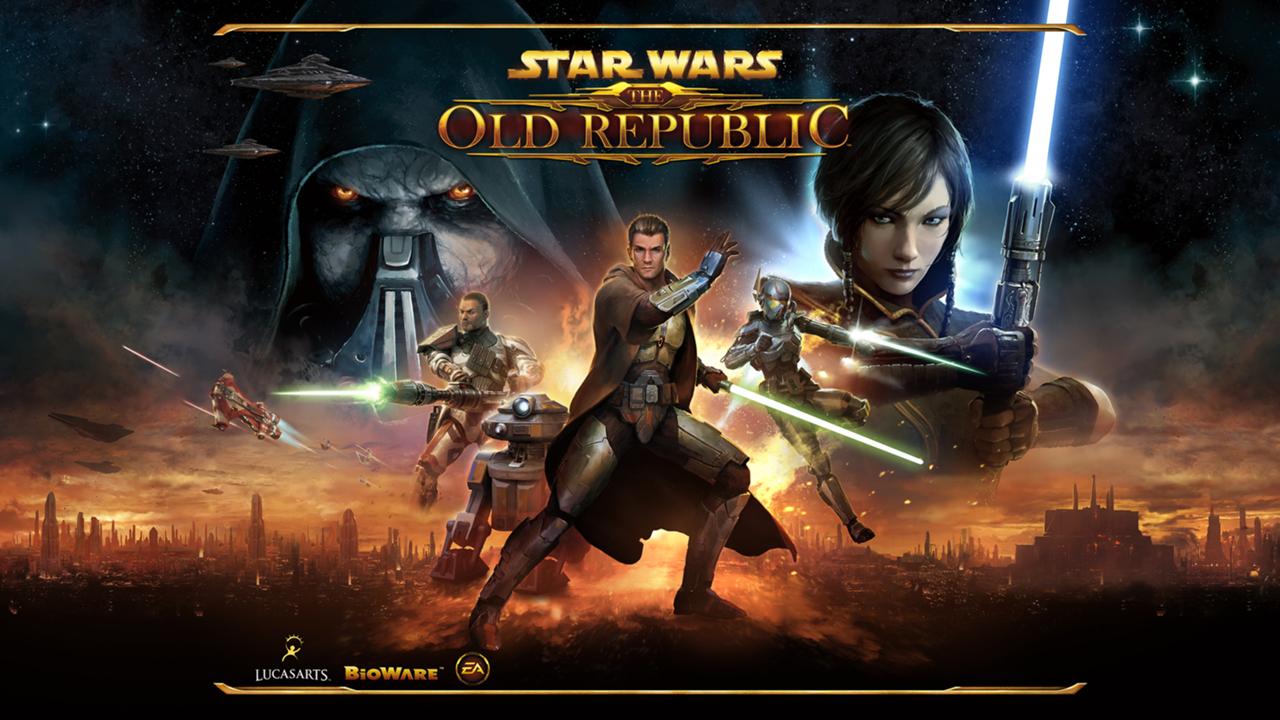 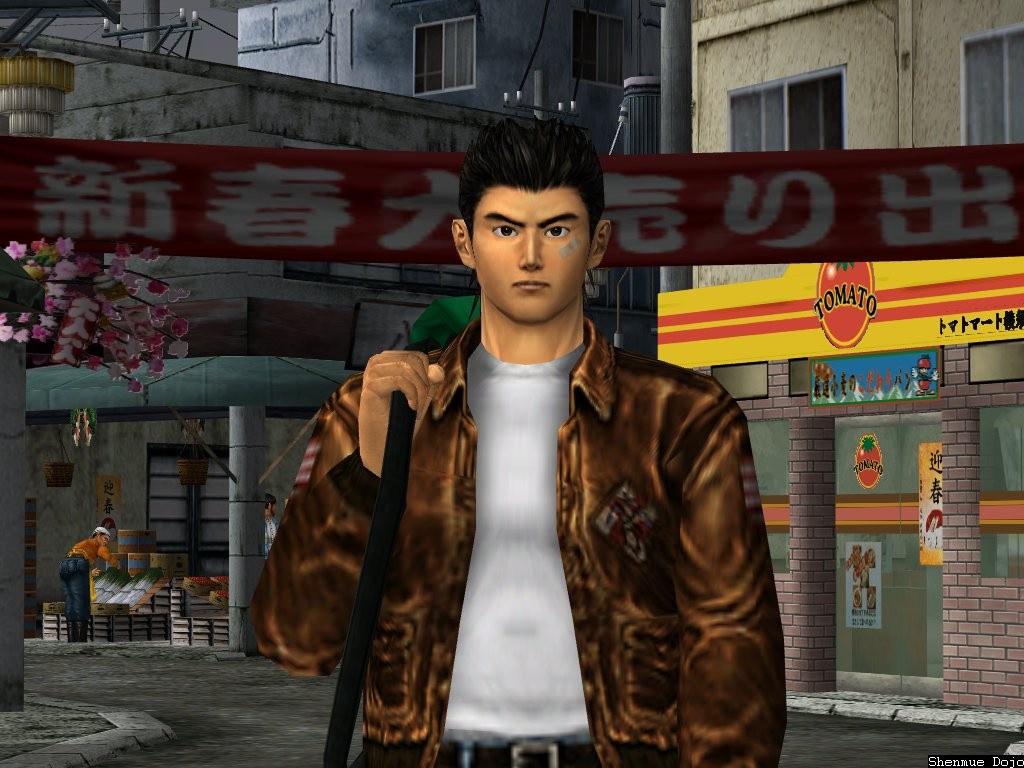 Shenmue locks itself in a respectable 3rd spot placement with 80 votes on the dot. This beloved, open-world Sega Dreamcast (and Xbox original) title has the fans absolutely pining for a comeback. And with Sega recently having trademarked â€œShenmue 3â€, believe you me, the anticipation for this sequel is reaching fever-pitch. 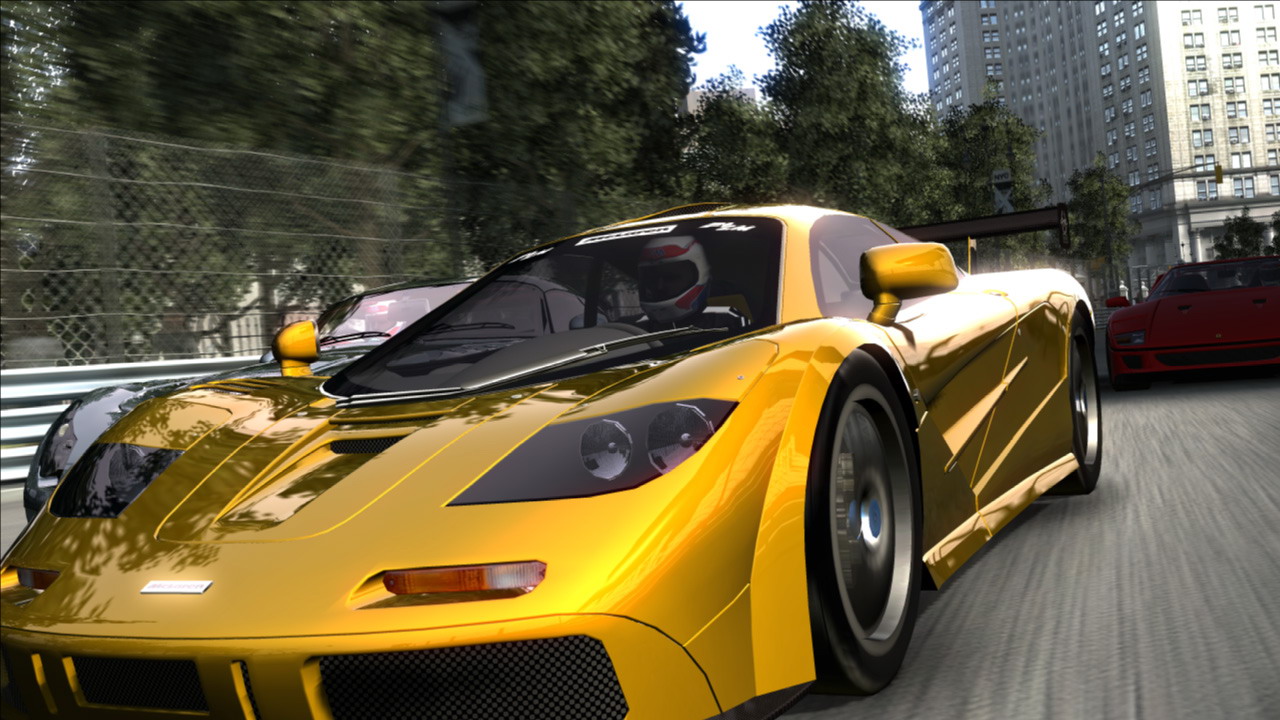 Project Gotham Racing rolls in 4th place with 61 votes. Though this title started on the original Xbox (PGR 1 and 2), it did have enough steam to carry it onto the Xbox 360 early on in the consoleâ€™s life cycle (with PGR 3 and 4). Why was it included in the poll? Well, seeing as the last game in the series came out in October of 2007, we still consider it to be a â€œclassicâ€ Xbox title in a sense. And considering that PGRâ€™s strong roots started out on the original Xbox, the inclusion of the series was a no-brainer.

One other factor affecting our decision is that one of the absolute all-time favorite arcade games, Geometry Wars, was born out of this great racing series. So as you can imagine, PGR holds a special place in all of our hearts. 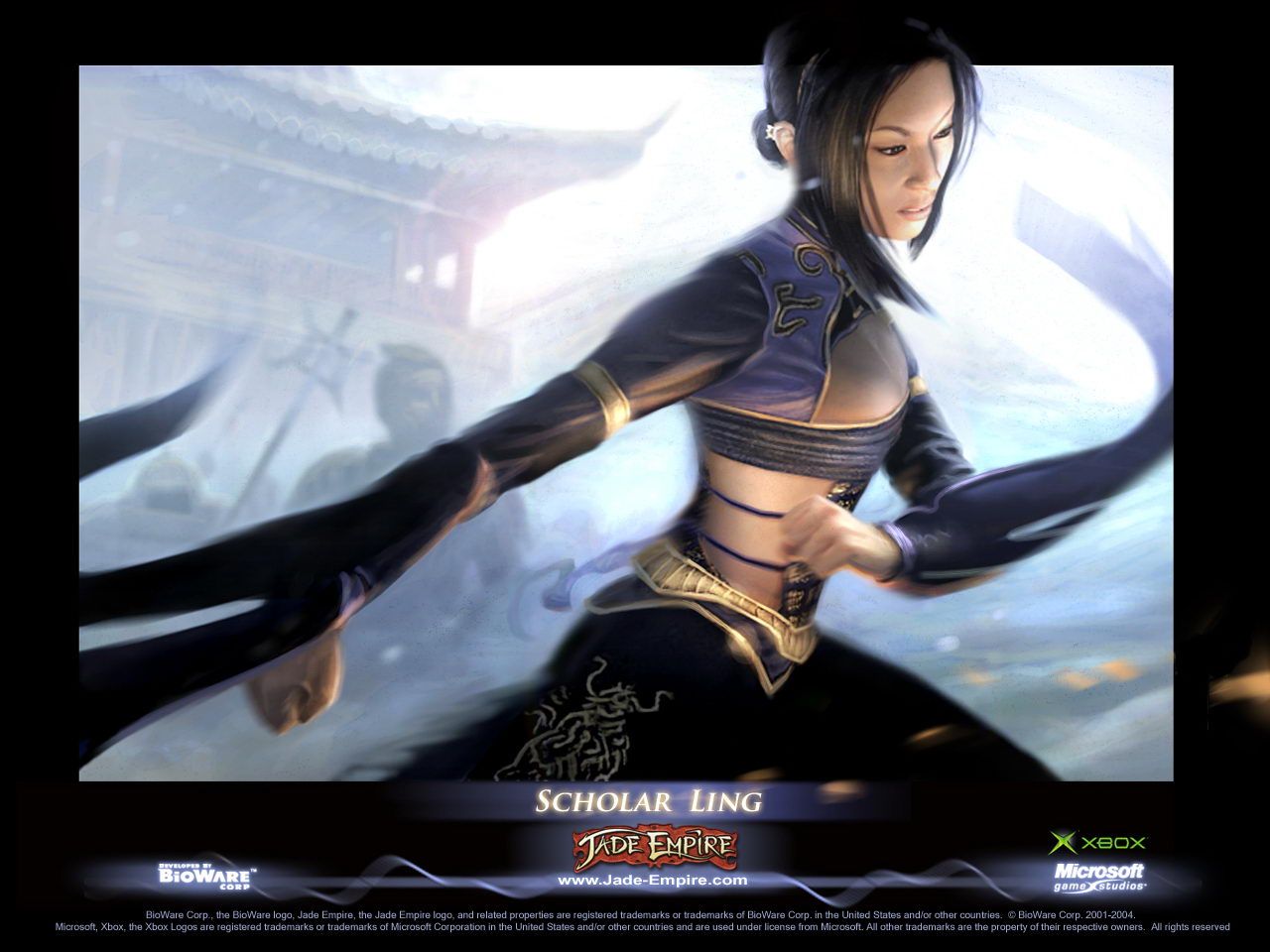 And the number 5 spot goes toâ€¦Jade Empire, another Bioware classic! With a downright fun and engaging story, great gameplay and fighting elements, and some fairly deep RPG leveling, Jade Empire was the RPG to play. And especially considering that the title came out in 2005, a sequel or reboot of the franchise (cross your fingers) has been a very long time coming.

The next 5 titles of the top ten most wanted Xbox original reboots/sequels are:

Founder/Consultant Growing up in different countries, Karam has a unique global perspective about gaming. He brings with him that set of eyes and ears that can look at the state of gaming from afar. His gaming loves cover just about every genre, and he is a constant presence on Xbox Live and PSN. Karam is a Systems Administrator by day and lives in Georgia with his wife and three children. By night he transforms into Aye Karamba (Live) or Aaqiloon (PSN), and his virtual aliases live online.
You might also like
Battlefront

Star Wars: Battlefront Listed to Release on 2/25/2014 at Microsoft Store