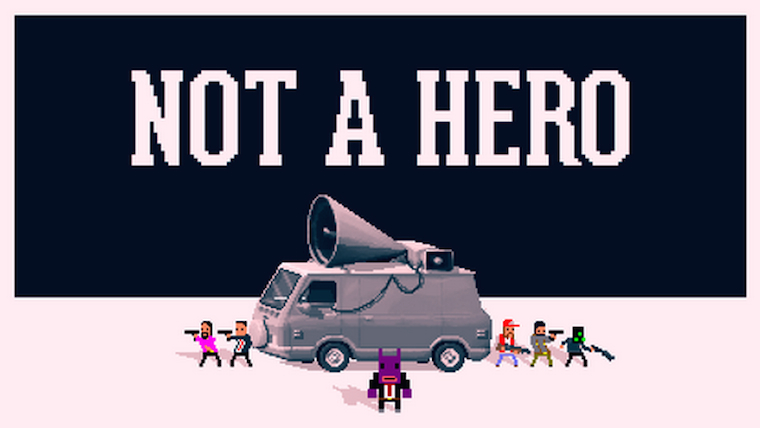 2D side-scrollers have proven to be wildly popular in both the AAA market and as indie titles. Prime examples being TerrariaÂ (of which the developer, Andrew “Redigit” Spinks, is one of the most gracious you’ll ever come across, offering free content worth entire DLC packs), Starbound, Rayman Origins and Sonic Generations, among others. Developer studio Roll7 appears to be making use of a plethora of ideas for its own scrollers with the reveal of the new game called Not a Hero, a 2D shooter in the form of a scroller, which is sure to make people recall its recent side-scrolling skateboard gameÂ OlliOlli.

Not a HeroÂ is to be an isometric cover-shooter and will be released on PC this summer. There are no confirmations of console availability, but Roll7 has expressed their desire to release it on as many platforms as possible.

The game will be available for a hands-on experience at tomorrow’s Rezzed in Birmingham, UK.

Senior Staff Writer Rudolf is a Journalism graduate who has an obsession with video game collectorâ€™s editions, which is matched only by his objective of moving to Canada and firmly establishing himself as a games journalist. His taste for adventure can only be satisfied by action-adventure games, sizzling steaks and dreams of gliding through the air on a snowboard.
You might also like
PCSonic GenerationsStarbound