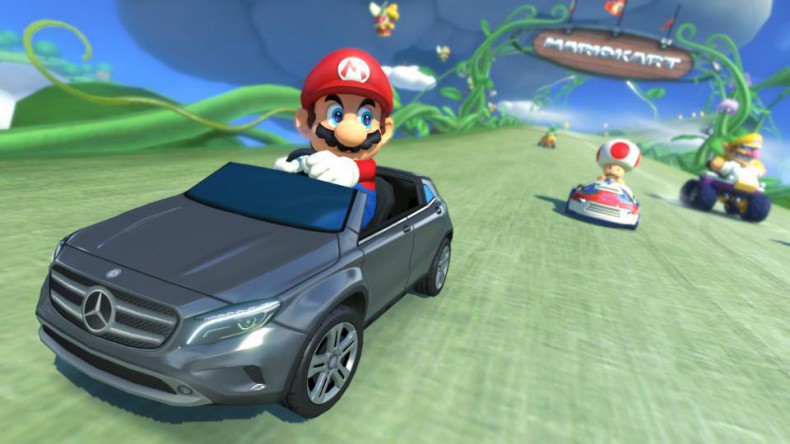 Nintendo of America announced on Twitter this morning that the Mercedes Benz GLA-Class kart will be making an appearance in Mario Kart 8  this summer.

Typically North America gets less content than Japan as was seen with many Wii titles from the last generation. It usually takes a lot of coaxing from fans before material makes its way across the Pacific. It’s great to see that North America will be getting this content so soon.

Versus Mode Co-Host/Creative Co-Director Chris is ridiculous. True story: instead of paying rent one month he bought a Nintendo 3DS. Being a fan of all gaming platforms is tough on his wallet, but he's a gamer on a budget. He plays his PS Vita or 3DS while on the train to/from work and his Xbox 360 or Wii U when at home. He won his university's Video Game Olympics competition back in April of 2012 and mentions it whenever he can in conversation. His other interests include comedy, surviving Chicago, and hangin' out with his pup, Theta.
You might also like
DLCMario Kart 8Nintendo