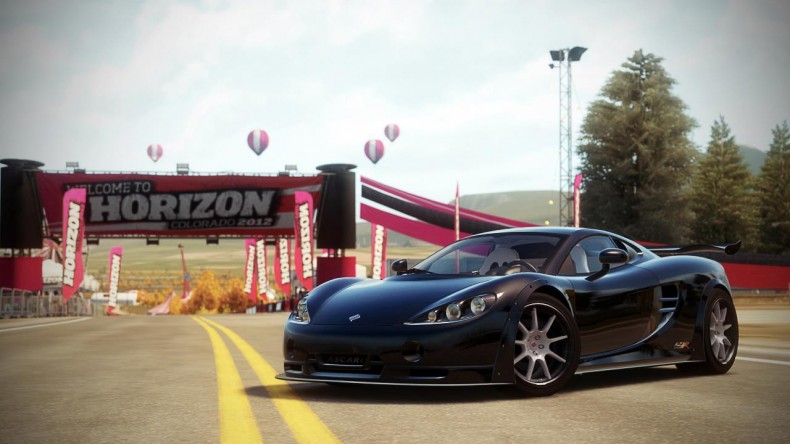 Ultima Sports, an automaker well known to be associated with Microsoft’s Forza series, have confirmed signing a contract with Microsoft for an unidentified game to be released in late 2014, via their Facebook page. The post has since been removed, but not before Forzacentral snapped this screenshot: 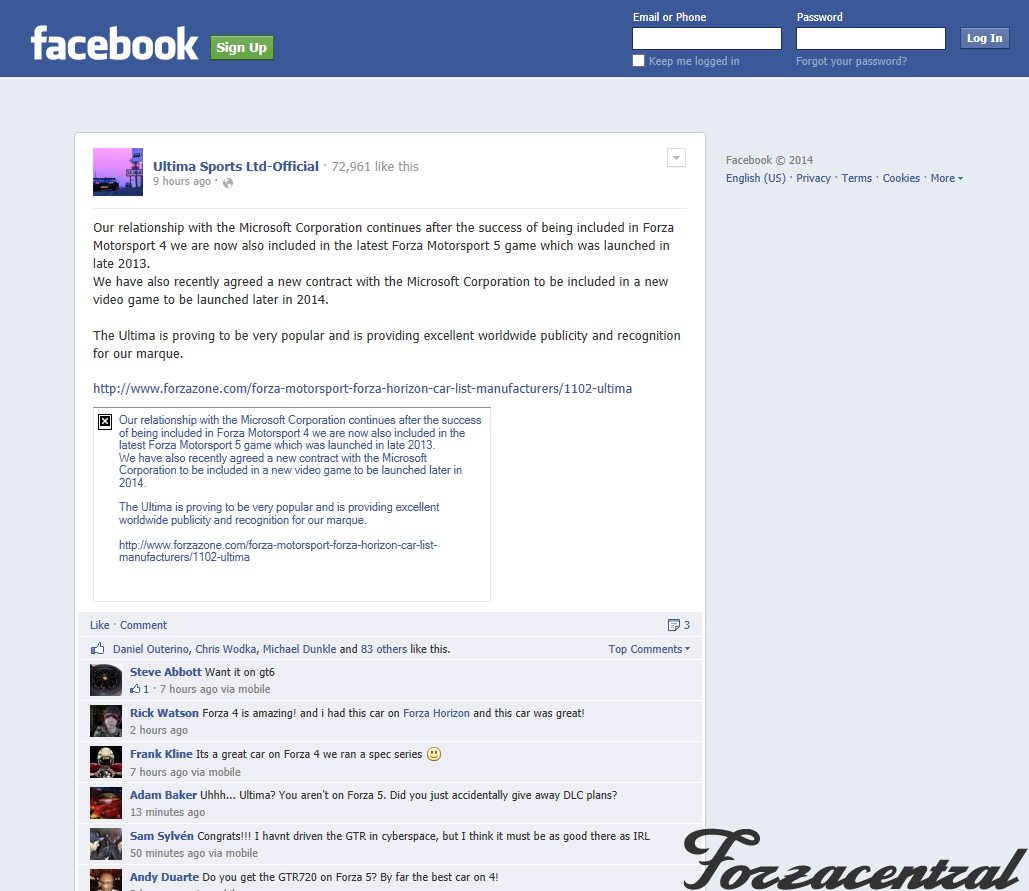 Given the companies track record, the game will most likely be a new Forza game, making this the fifth consecutive yearly release for Microsoft’s popular racing series.

The next iteration will most likely be a sequel to 2012’s popular Forza Horizon. Forza 5 was just released in 2013, making the odds of this next title being Forza 6 significantly less likely. No Forza title has been officially announced by Microsoft or any of the games usual developers. However, after this statement, it’s reasonable to think an announcement is just around the corner, perhaps at this year’s E3.

Senior Staff Writer Colton Steury is a musician, writer, and fervent gamer who enjoys most any games, but is especially fond of RPGs, platformers, third-person shooters, and indie games. When he's not writing articles, composing songs, or gaming, you could probably find him eating potato chips and petting a cat. Generally, he is willing to accept potato chips/cats as currency.
You might also like
2014ForzaMicrosoft