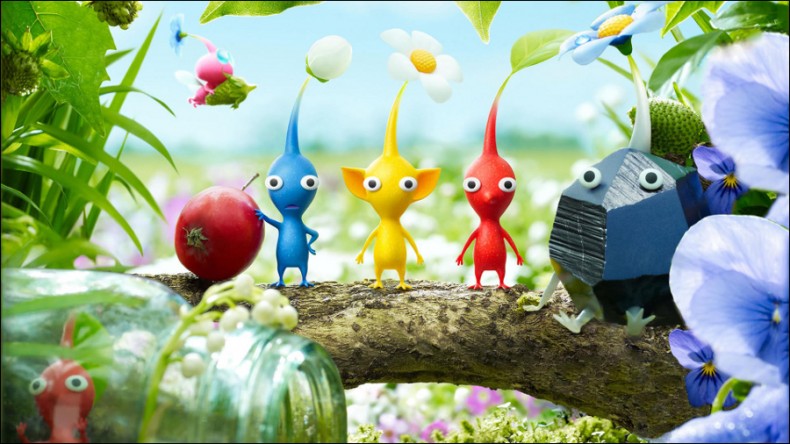 Concept
B
Fun
B+
Potential
B
Vision
A+
Total Score
B+

Nintendo is keeping everyone here at SpawnFirst as busy as a bee! With so many releases set for not only this holiday season, but Q1 of 2014 as well, we’re excited to bring to you yet another first impression.

This past weekend I got a chance to play an exclusive demo of Nintendoâ€™s much anticipated Pikmin 3.Â  How anticipated? Letâ€™s put it this way: when Pikmin 3 released in Japan they saw a surge of 30,000 Wii U consoles sold. So yeahâ€¦we’re excited.

If I had to describe Pikmin 3 in one word it would be: beautiful. I bet you an Alexander Hamilton that youâ€™ll linger on the start screen. Immediately, youâ€™ll see that Pikmin was meant for HD and itâ€™s about time it got here. Pikmin 3 is less linear than its predecessors and rewards exploration; enticing you to go off the beaten path and take a look around at the detailed micro-world.Â  The impressive aesthetics continue as you dive in. The environment and characters of the game all have realistic textures – fruits look juicy, amphibians look slimy, and stones look coarse. HD is Pikminâ€™s natural habitat. 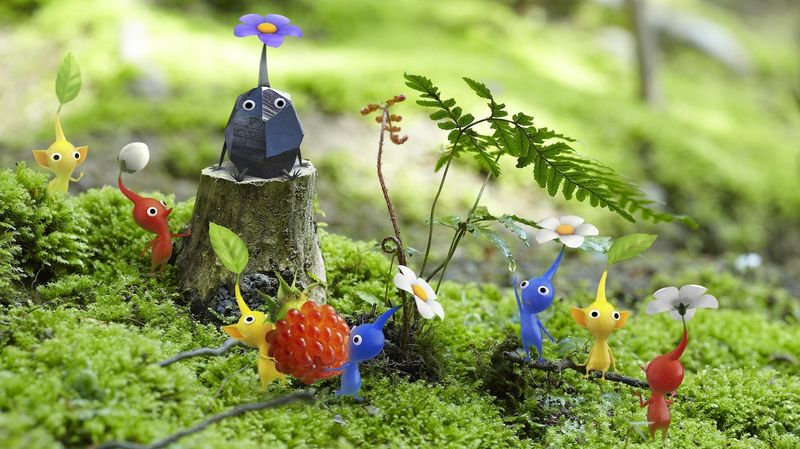 Unfortunately the demo only allowed versus and co-op play missions, but I was tipped off that the campaign boasts a free-roam environment. That aside, the multiplayer is a great expansion on what Pikmin 2 had. You can do Bingo Battle where you must collect four items depicted on a Bingo Card to win.Â  As I raced for the items I realized that I could thwart otherâ€™s players’ progress. Watching yourÂ opponent defeat a bulborb, only to have you swoop in and steal the loot was probablyÂ the most frustrating and maniacal-laughing-inducing part of the game. Many a rematch was had.

During the co-op mission, you laugh a lot less in your opponentâ€™s face.Â  Instead you team up to race against time to collect as much loot as possible. This introduced me to the new rock Pikmin, which are used to deal more damage and break down crystal walls that regular Pikmin couldnâ€™t.Â  Along with the time limit, youâ€™ll run into new enemies that will gobble up Pikmin like theyâ€™re popcorn, leaving you helpless as you watch their ghostly little souls wisp away like shimmering reverse snowflakes (did I mention the HD is awesome?). 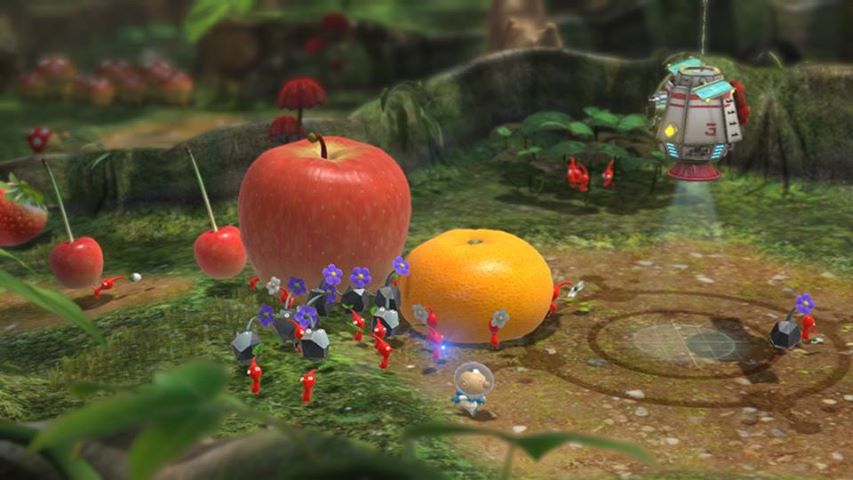 While playing all this multiplayer goodness I found an itty bitty problem: itâ€™s only local multiplayer. Nintendo, in our opinion, has long been the champion of local multiplayer.Â  I get it, you guys rule at bringing people together but I know you can do the same with online play!Â  In spite of the Wii U and Nintendo Network, they still made Pikmin 3 local multiplayer.Â  I can only hope they somehow update Pikmin 3 to allow online play because nothing would be more stressful than playing Bingo when you canâ€™t see how well your opponent is doing with a quick screen-peak. Just like Nintendo was willing to bring Pikmin into the HD world and conform with current gaming trends, Nintendo also needs to embrace today’s gaming progression and bring online multiplayer to its games. We see it in MiiVerse and Nintendo’s online communities, Nintendo still stubbornly chooses to leave itself behind in regarding such obvious advances in gaming.

But I digress. Sure I didnâ€™t get to see all that Pikmin 3 had to offer, but I do recommend having it on your radar if you’re not sure about buying it. Strong gameplay mechanics and an exciting new HD world to explore have us all enticed.Â Pikmin 3 will be available at midnight on eShop or you can grab it at your local store. I know I’ll be bearing some long lines come August 4th.

Canâ€™t wait and need to let out some excitement? Sound off in the comments below.
Details about this review
Badges
PlatformWii U
GenreAction Adventure, Open World
DeveloperNintendo EAD
PublisherNintendo
Previews, Wii U
HDNintendoOlimarPikminReal-Time StrategyWii U

Versus Mode Co-Host/Creative Co-Director Chris is ridiculous. True story: instead of paying rent one month he bought a Nintendo 3DS. Being a fan of all gaming platforms is tough on his wallet, but he's a gamer on a budget. He plays his PS Vita or 3DS while on the train to/from work and his Xbox 360 or Wii U when at home. He won his university's Video Game Olympics competition back in April of 2012 and mentions it whenever he can in conversation. His other interests include comedy, surviving Chicago, and hangin' out with his pup, Theta.
You might also like
HDNintendoPikmin