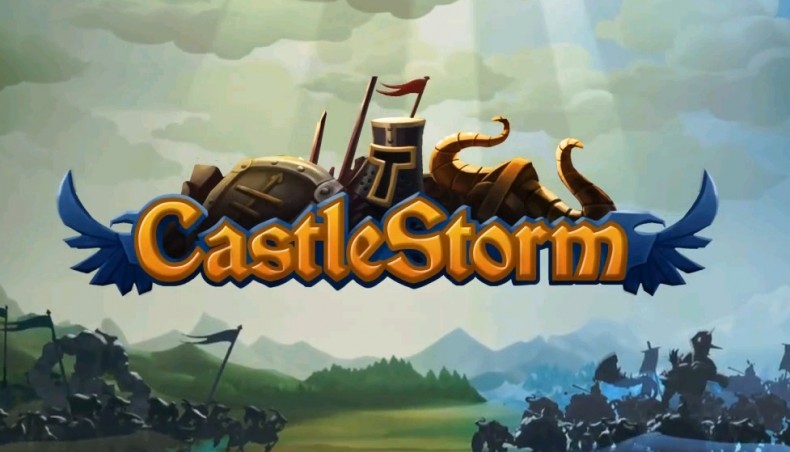 The controls take some getting used to, Some missions feel like arbitrary game lengtheners

The solid mechanics feel great once youâ€™ve acclimated to the control scheme and the castle editor allows for multiple gameplay styles. If you like tower defense games, I highly recommend picking up this solid game.

From behind the wall of your castleâ€™s battlement, you see an oncoming horde of wolves and Vikings. You man the castleâ€™s catapult and begin picking off who you can, but it doesnâ€™t take long before you realize you canâ€™t keep up. You order a few of your own soldiers to meet the enemy out on the battlefield. To provide them support you use a little magic to thin out the enemy numbers. These are the quick calculations of CastleStorm, and the gameâ€™s difficulty and strategy only ratchet up as the game progresses.

The story is simplistic; you take control of Sir Gareth a King Arthur-esque military man who has more hair on his chest than you do on your head. Taking control of your medieval kingdomâ€™s military forces, you have to defend your castle from various invasions and attacks from Vikings and neighboring threats. The quirky personality of the game easily moves you from story mission to story mission. The gameplay was very interesting, even though there are certainly some growing pains. You control all the aspects of the military; Projectiles, Spells and Troops. They blend together to make a very unique and rewarding gameplay experience, especially when you combine it with the castle-builder for a tailored play-through.

The meat and potatoes of the game is definitely defending your castle – go figure, for a tower defense game. Youâ€™re set up (not always) at opposite ends of a linear battlefield from your opponent where you send wave after wave of enemies towards one another. You mostly will be controlling the kingdomâ€™s turret defense, a projectile system that allows you to launch an impressive array of weapons from apples to sheep to boulders. Itâ€™s difficult not to get sucked into trying to always engage your enemies with the turret because itâ€™s the most direct combat, but youâ€™ll surely fail if you do. You must constantly switch between the other elements of your military such as spells and troops. You select which troops you like to send out and thatâ€™s it for your personal involvement, but thatâ€™s nothing new to tower defense. You mostly work on meta-level strategy not individual sword slices. You can also control spells which are powerful ways to turn the tide in battle from raining swords down to summoning your champion. Summoning your champion is the only way to have direct control over a troop, and it can be pretty rewarding to cut and charge through pesky enemy soldiers.

You also have a simple, if not a bit confusing at first editor system. You start with a whole bunch of pre-assembled castles or you can build your own. You have to work within your limited space to assign rooms to your castles, granting you bonuses during combat such as extra troops or boosted attack. I recommend starting from the ground up on your own castle once you have plenty of rooms to add because working from the pre-assembled castles can make it a little difficult to insert the rooms you like. The castle has to be structurally sound as well, because not only are enemies trying to blast it to smithereens, but it obeys the laws of physics, obvious as that may sound. If your ad-on is not properly supported it will fall right off, damaging your castle in the process. In a very smart move though, Zen Studios includes a test where you can see how your castle holds up to both gravity and an enemy assault. After a few minutes the editor is a breeze and you’ll be adding your own bonuses at will. 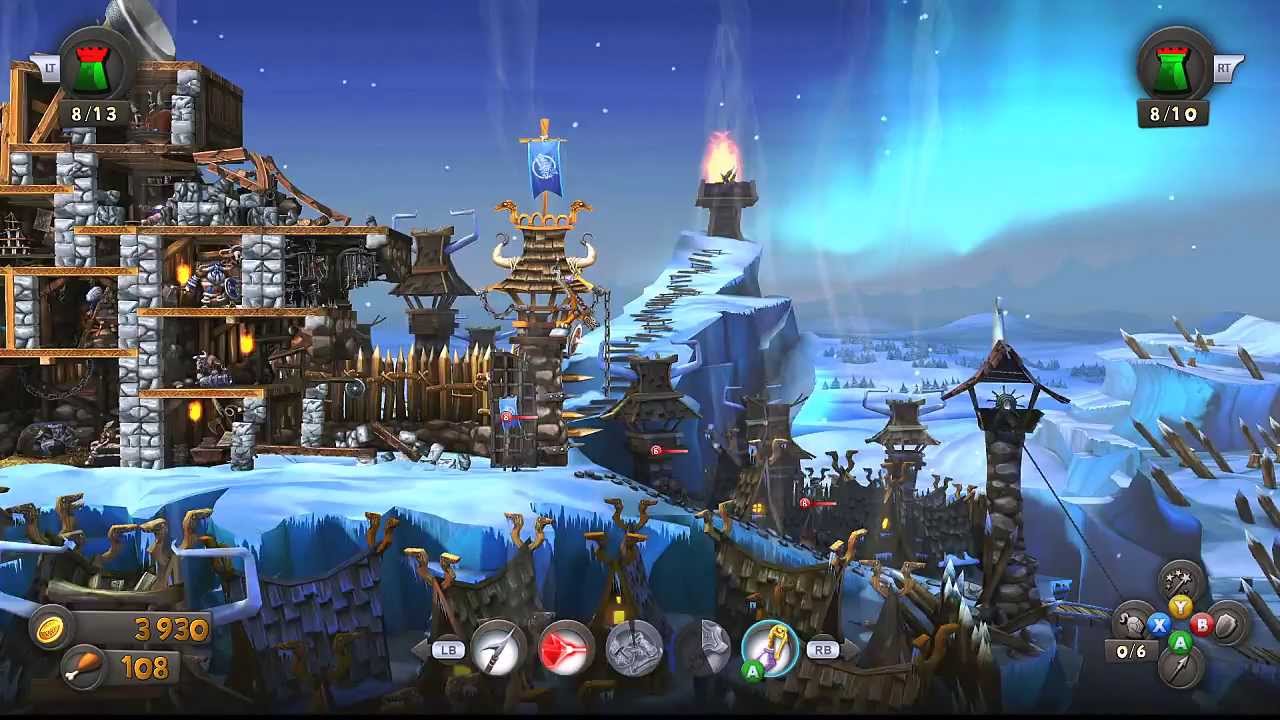 The graphics arenâ€™t going to blow anyone away but the art style definitely suits the game. The cartoony characters will win you over almost effortlessly; even if the jokes donâ€™t land. The overall spirit of the game comes across well in the attractive color schemes and definitely makes me feel all warm inside as I rain arrows down on my enemies. Even more funny is that the characters donâ€™t communicate through traditional dialogue but an affected gibberish. Their exaggerated body movements and corny dialogue do more than enough to establish the premise and solidify the mood of the game. The soundtrack itself feels a bit generic but once you enter the gameâ€™s frenzy mood it picks up a bit before falling back into a suitable, though not award-winning backing track.

If you thought the action was crazy in single-player, multiplayer stops by and completely crashes the party with glitter and copious amounts of libation. Versus is the standard mode which pits you against one other player in a battle of strategic wit and cunning; a place to test out if your single-player tactics will actually work against real players. The mode was fun in itself, but survival mode came out to be the shining star of the game. One player mans the ballista and another is neck deep in the enemy below – both fighting against the game’s AI. It’s completely thrilling and has quite a few notable moments (such as a saving spear coming out of nowhere and piercing the enemy in front of you, right before you’re about to be overwhelmed. ‘Tis a beautiful thing). Hero Survival is similar, but with both co-op players on the ground without any overhead support. All together, playing multi and co-op online was a blast, but watch out for the local splitscreen mode. Sometimes it’s very hard to see trajectories and enemies when you and a couch-buddy have to share 1 screen.

The controls took me a bit to wrap my head around, which is probably just a product of playing a game with so many things to control on a console. The mapping isnâ€™t nearly as hard to come to terms with as controlling the camera and the turret simultaneously. You often have to quickly switch from precision arrow shooting on individual targets to zooming out and finding the structural weak points in an enemyâ€™s castle. They both control with the analog sticks so you have to move along the battlefield and zoom out with the right analog stick while trying to aim with the left. This control scheme may have been the result of a limited input method but it certainly feels clunky at first. One you get into the grove by the 3rd or so level, youâ€™ll be mowing your enemies down no problem. The game also starts to feel a bit repetitive halfway through, and the arbitrary limitations that are imposed on certain missions feel more like ways to artificially lengthen gameplay. 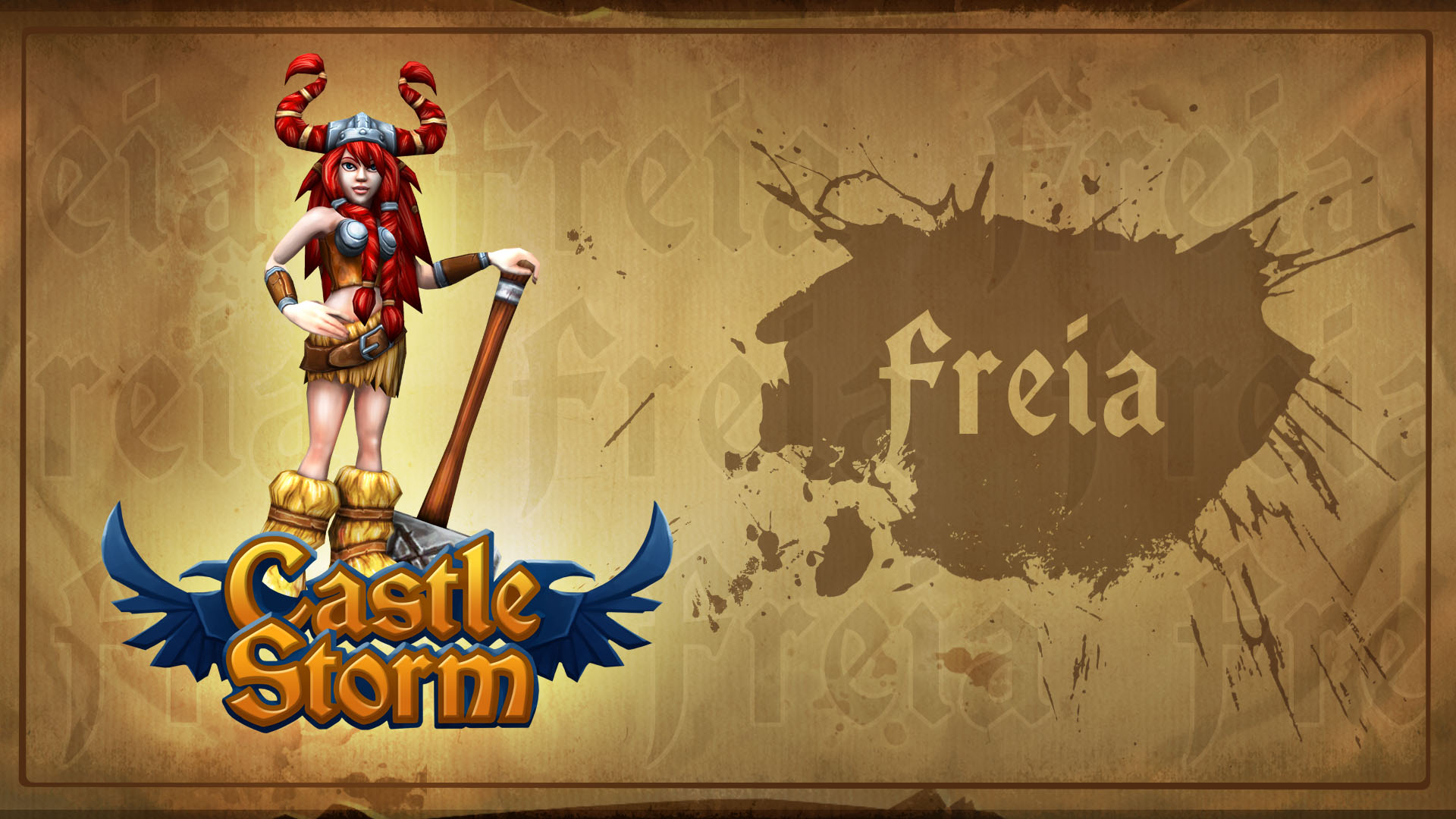 Not only does the game have two different DLC up for sale, but it also has some pretty cool extras packaged with the game. The skirmish, survival and hero survival all let you enjoy the core gameplay outside of the main campaign, adding some refreshing change onto the sometimes repetitive campaign. The multiplayer is fun but I struggled to find opponents at times.

I very much enjoy tower defense games, and playing a unique console version is a rare treat. The solid mechanics feel great once youâ€™ve acclimated to the control scheme and the castle editor allows for multiple gameplay styles. If you like tower defense, I highly recommend picking up this solid game. CastleStorm is well worth the ten dollar price tag, especially with the extra game types.

Contributor John is a third year journalism major and a fifth year policy debater, but gaming is his passion. He firmly believes that the PS2 is the finest console ever made and will defend to the death that playing Pokemon is not and never was lame. He owns every current gen console and is excited for the advent of the PS4 and Xbox One. He enjoys action-adventure and survival horror, but can hold his own in a discussion about nearly any genre. He listens to a surprising amount of alternative music and can fix a mean bowl of Frosted Flakes.
You might also like
360PCps3