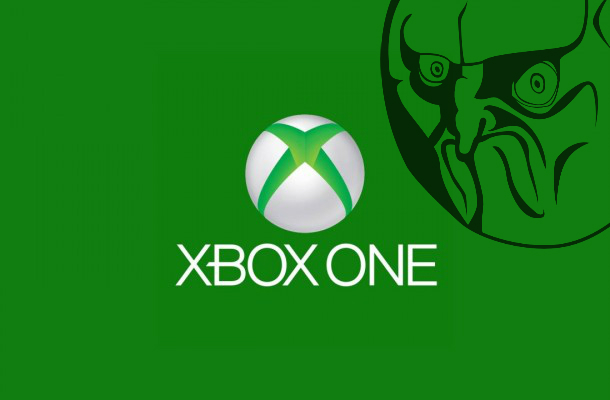 Alright, let’s just get this out of the way right now: I admit that I lean pretty heavily towards Sony, and I have ever since I was a young lad. HOWEVER, I haveÂ neverÂ doubted Microsoft’s ability as a competent (and often more successful) company, nor have I ever written off the Xbox 360 as an inferior console. Â And, for the longest time, Microsoft was a company that held my awe as it was able to steal all of my gamer friends away, leaving me with a scant few to play on PSN with, and a strong desire to invest in an Xbox console.

Now, thankfully, that urge is LONG gone. Â Exclusives likeÂ The Last of Us, Uncharted,Â andÂ InfamousÂ have me bearhugging my PlayStation like a technophile, while Xbox advertising campaigns have me laughing myself into a coma. Â Microsoft has been repeatedly trying to work out its relationship with gamers since The Great DRM Fiasco of ’13 (you have my permission to use this phrase) by changing policies andÂ altering the entire basisÂ of which the Xbox One was designed.

“For just $499, you can have a cable box, a slightly upgraded Xbox controller, and an NSA approved spy cam!”

All that’s well and good; a large company has finally heard the voice of its consumers and is changing to adapt to this on-demand world. Â But here’s the problem: Microsoft won’t shut up. Â After continually talking themselves in circles to appeal to a wider audience, it seems like they’ve finally decided to use their time and money not to make themselves look better, but to make their competitors lookÂ worse. Â Have you ever run into someone that constantly says awful things about other people, just so you forget about that person’s own faults? Â Yeah, that’s what you’ve become, Microsoft. Â And I hate those people.

The immediate argument, of course, is that ripping on competition is a common practice. Â Candy bars claim to have “50% less fat than competitors,” making people feel guilty for buying a Snickers over a Three Musketeers. Â Government elections usually come down to who committed the least amount of tax fraud, and most people only end up voting to make sure one candidateÂ isn’tÂ president. Â Even Sony received their biggest applause at E3 by showing this screenÂ about no DRM, which was basically just a giant middle finger to everything the Xbox One stood for.

What really jerks my chain, though, is the way that Microsoft has went about marketing their next-gen console. Â According to gamingbolt.com, the infamous Larry Hryb (community manager for Xbox, better known as “Major Nelson”) proclaimed that the PlayStation 4 is in no way a threat to the Xbox One. 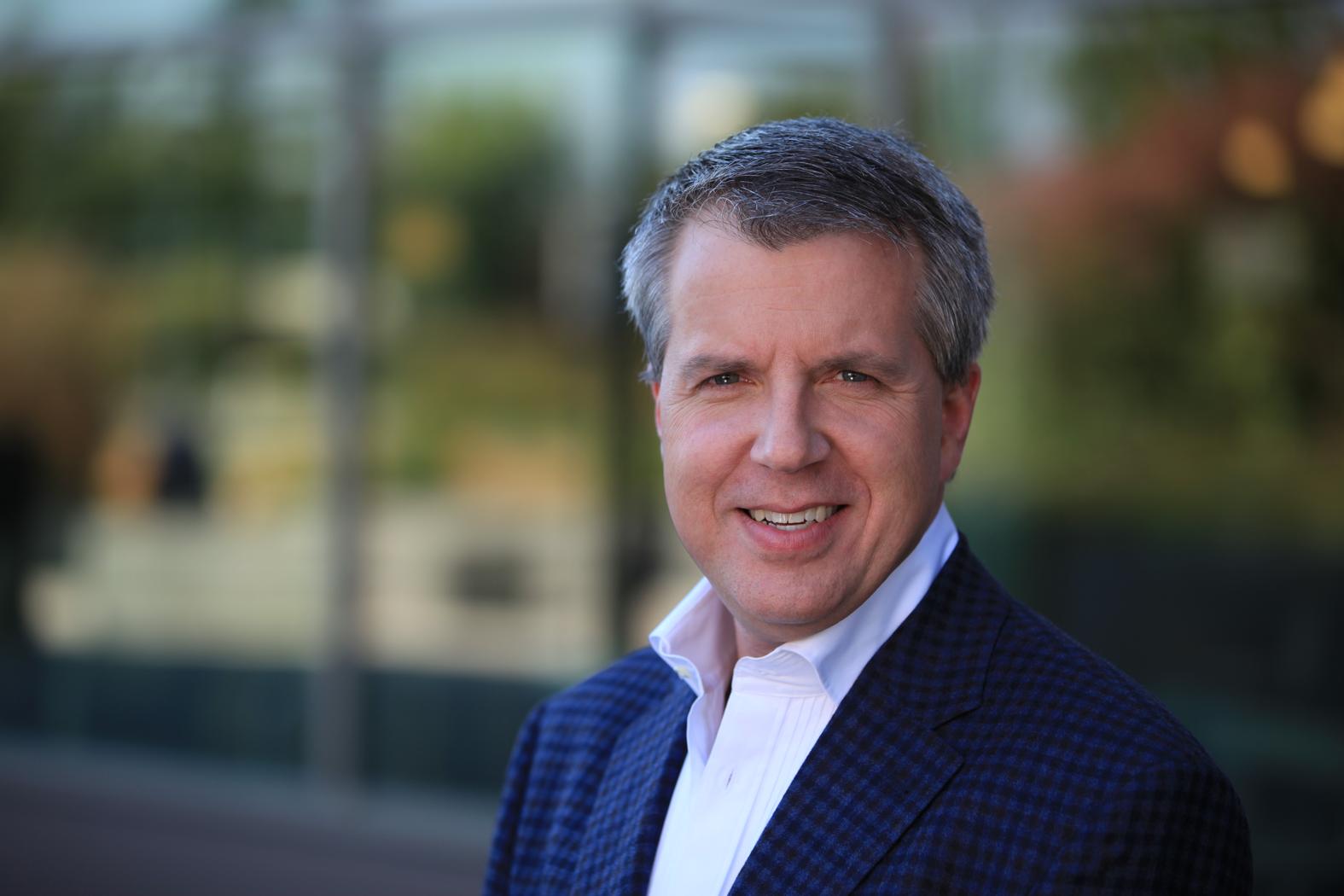 “Worried about our fiercest competitors who have a more powerful and cheaper product? Yeah, that’ll be the day.”

Keep in mind this was during E3. Â To counteract this console that “isn’t a threat,” Microsoft has 1) Completely reversed their policy on DRM to match that of its competitors (which apparently means they’ll have to redesign portions of the Xbox One), 2) Drastically alter their indie game policyÂ to match the simplicity of its competitors, and 3) Taken a cue from its competitorÂ and started to offer free games alongside their online subscription service… though these free games only last until the end of the year. Â And it turns out the two games they promoted for the service (Halo 3 and Assassin’s Creed II,Â two games anyone with an Xbox 360 has already played) were basically the cream of the crop. Â July will give Gold members something calledÂ Defense Grid: The Awakening. Â Hard to beat that deal.

So between ridiculous misdirection and now-obsolete used game policies, Microsoft was already starting to raise a few eyebrows and lower even more expectations. Â I hit my breaking point, though, with their latest foray into “Xbox One advertising.” Â On June 28, Albert Penello, head of product planning at Xbox, told OXMÂ that hardware specs are “meaningless,” and that the Xbox One is “tweaked for optimum performance.” Â Instead, he puts nearly all his emphasis on the quality of games on the console.

While the software is definitely a reason that sales spike, to downright shrug off graphical horsepower seemsÂ almostÂ like they have a disadvantage in that category… Â If specs are meaningless, then there is no right for people to go out and buy the PC gaming powerhouse Alienware rather than a standard HP, or to upgrade from an Xbox to an Xbox 360. Â So, if games are all that’s important, why wouldn’t someone spend $100 less and purchase a PlayStation? Â No valid reason is ever spoken, but Penello did make a strong argument with his statement, “Did you see Call of Duty, it looks f**king awesome!” Obviously this is the reason people want a next-gen console. Who doesn’t love dogs?

And his claim about the One’s optimum performance? Â Weak. Â Reddit user kromem did some harshly thorough researchÂ on the power output between the two next gen consoles. Â You can read the head-to-head comparison in full on your own, but his main point is that the PS4 is over 50% more powerful than the Xbox One. Â So for $499 you can preorder an Xbox One, and for the same price get the more powerful PlayStation 4, a full retail launch title, and a year of PlayStation Plus (which also includes the launch title Drive Club, for no extra cost). Â But the Xbox has… Skype? Â And TV?

This is from ‘me, the consumer’, not ‘me, the Sony diehard’: Microsoft is trying to win the console war, not by proving to be a superior console, but by trying to tell everyone, “Hey! Â We’re pretty much as good as the other guys!” Â Downplaying competing specs, morphing your own policies, overemphasizing products and features nobody cares about; say what you will, but it looks like Microsoft is already playing catch-up and falling several miles behind with every step.

This holiday season, when it comes time to put your dollar-vote where it counts, I won’t forget the underhanded tactics and bait-and-switch methods Microsoft has used to try and gain a foothold. Â I won’t be thinking of them as the ‘good guys’ that eliminated a DRM policy everyone hated, but rather as the cash-grabbing bigwigs that tried to impose a policy theyÂ knewÂ everyone would hate, but had to remove because of overwhelming negativity. Â Cue the Scooby-Doo ending where Microsoft is being loaded into a police car and says, “I would’ve gotten away with it, too, if it weren’t for you meddling consumers!”

I don’t even necessarily love Sony at this point. Â I justÂ really, reallyÂ dislike Microsoft. Â We could’ve been friends, or something so much more… but it’s too late. Â You’ve changed, and I don’t think I like what you’ve become.

Do you think Microsoft has finally gone off the deep end? Done something against the gamer code of ethics? Or do you think the world is just oblivious to the finer and more aggressive tactics in business? Tell us what you think in the comments!
9 people like this
Articles, Opinions
MicrosoftSonyxbox one

Former Contributor Nolan Alber is a college student from North Dakota. He enjoys rescuing puppies from burning buildings and beating up criminals on the streets, and often lies about his interests to make himself look better. Nolan is an avid gamer on PlayStation 3 and PC. He impulse-buys more video games than he can actually play, and is a fan of shooters and fighting games (even though heâ€™s terrible at the latter).
You might also like
MicrosoftArticlesOpinion