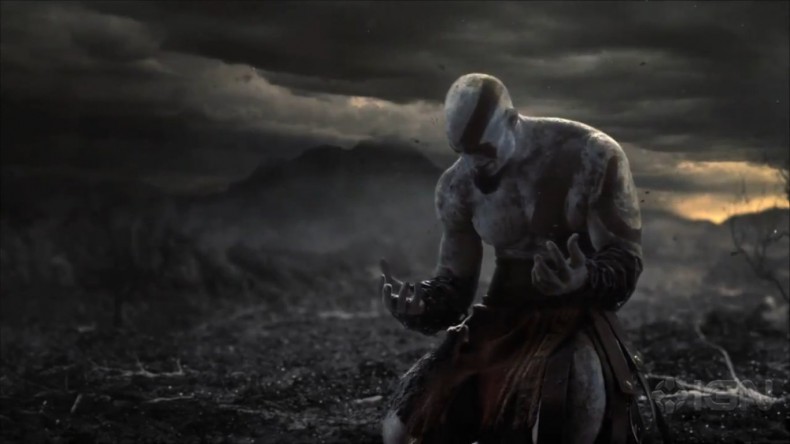 Video games are an artistic medium. What does this mean? It means they can move you. They are an experience meant to derive emotion from you. And we’ve all felt it. We’ve felt anger as Ornstein and Smough steamroll us yet again. We’ve felt like utter badasses as we take down Lance’s last Dragonite. And we’ve teared up as Aerith slowly sank beneath the water. I want to share with you the five most profound emotional moments I’ve had when gaming. I’m not talking about the emotions that come from gaming: I’m talking about the emotions that games inspire. Beware, spoilers are sure to follow.

5. Fallout 3 — Welcome to the Wasteland

Fallout 3  is one of the few games that I have 100 percent completed, but I remember the first time I played it. Stepping out of Vault 101 and into the wastes is a moment that has always stuck with me for one reason or another. You step out to a blinding light that slowly fades to reveal…nothing. The end of civilization stretches before you. It’s a big reveal that the tutorial does a good job of setting up. I was initially awestruck. Then I noticed the Washington Monument off in the distance and I was awestruck again. It was the first time I ever had a realization about not only how big a game world can be, but also how to construct a world; how to make it real and interesting. 4. God of War 3 — Revenge is a Dish Best Served Covered in Blood

It’s hard to sympathize with Kratos. When a character’s only emotions are anger and ANGER and they spend the entirety of their continuity killing their way through half of the Mediterranean, they may not be the kind of character you can relate to. But there is something we can understand about Kratos: his rage. It is what defines him and his impossible struggle against the cruel gods. The very end of God of War 3, during the final confrontation with Zeus, finally gives you an outlet to release that rage.

Kratos has Zeus pinned to the ground, the “tap Ο” prompt appears, and Kratos begins beating Zeus into a bloody pulp. Blood splatters and covers the screen to the point where you can’t even see anymore. But you don’t need to. All you need to know is that your enemy is in front of you. The button prompt never stops flashing until you stop hitting it. It’s a truly cathartic moment that represents a release of all the rage that Kratos (and the player) have built up over the course of the series. I personally found myself engaged in a primal scream at the TV screen as I bludgeoned the king of the gods for three minutes straight.

I can’t pick a single point in this game that provoked an emotional response from me. That’s because the entire game provoked an emotional response from me. Let me put it this way: Heavy Rain  gave me a panic attack. During the fight scene in the junkyard, where Norman has to escape from the car being crushed, I hyperventilated and had to pause the game and stop. The game had me so immersed I was having physical and psychological reactions to the fictional events that were taking place. Similarly, during the Shark Trial, I had a panicked moment (not quite as serious as an actual attack but still) and I was faced with the moral dilemma of killing a man to save another life. I had no idea what to do. I froze. It was a moral question that was too big for me. The game was riddled with instances like this. It does an absolutely fantastic job of not only delivering these moments, but sucking you in so they can have such a profound impact.

BioShock  is an important game. It was one of the first to show that mainstream and FPS games could have a deeper meaning and represent something greater than themselves. A lot of people will first remember Bioshock‘s  twist, and while it is a great twist, what I always remember is the confrontation with Andrew Ryan. I had been looking forward to this throughout the entirety of the game.

Ryan always seemed like a monolithic figure to me, and one whose ideals I could get behind. I thought he and I would team up to defeat Fontaine. I was wrong. Terribly wrong. Due to the mind control afflicting the main character, you are forced to remorselessly kill Ryan. Not only that, but Ryan is the one who forces you to remorselessly kill him. He orders you to kill him while spouting the immortal line, “A man chooses. A slave obeys,” just to prove a point. And it was a grisly one.

After the sequence was over, I turned off the game and left the room. I had just watched a man murder himself while everything he built collapsed around him. This was a character I had grown to really like over the course of the game and not only had I just killed him, but it was completely beyond my control. It instilled in me a feeling of helplessness that the developers I’m sure intended. Ryan was such a well-constructed character that his actions were a shock to me; not because they were unbelievable, but because they were believable and a heartfelt blow to my understanding of the way things work. 1. EarthBound — YOU are the Hero

For those not in the know, EarthBound  is a quirky Japanese game for the SNES that has a few sequels you will most likely never play unless you are actually from Japan. Ever play Super Smash Bros.? Ness is the main character of EarthBound. The game follows him as he travels around the world and he and the friends he gathers fight an unnatural horror from beyond the stars. While it is definitely a funny game and a well-crafted commentary on the values of Western society, the emotional moment doesn’t come until the very end of the game.

At one point, around the middle of the game, they innocuously ask you for your name; that is, the name of you, the player. It’s a moment that comes out of nowhere and doesn’t have any bearing on the game. Until the end, that is. Ness and company face off against Giygas, an eldritch abomination who defies comprehension. He is so alien and so powerful, whenever he attacks the game says, “You cannot grasp the true form of Giygas’ attack.” The group’s only hope of defeating him…is to pray. Until this point, pray had been a more or less useless ability that just used a random skill. Now, every time you pray, we are treated to a scene of friends and allies the group has made along the way as they lend their power to the group. After about ten times of doing this, praying again will prompt the game to announce, “The pray was swallowed up by the darkness.” All hope is lost. There is no one else to call upon for aid, no one else to help defeat Giygas.

Until you pray one more time. The group realizes there is one more person they can call upon. Someone who has been there the whole time: the player. The game calls upon you by name to pray, and you do, and it is awesome. YOU are the one who ultimately defeats Giygas and saves the day. It is YOU who is the hero and it is such a moment of jaw-dropping awesomeness and immersion that it is the moment that has stuck with me more than any other.

One of the reasons I fell in love with gaming and one of the reasons I still continue to play games is because of the stories they tell. Everyone loves stories of heroes and villains, and the only thing better is actually having a stake in the struggle. This, in my opinion, is what gaming needs: not bigger budgets and better graphics. Not more guns or racetracks or whatever the next generation pitches. It needs a reason to make you care. It needs timeless stories, believable characters, and the emotional drama that characterizes the human experience.

Evan has been a dedicated gamer since 1995 when he got his first console (a Sega Genesis). A graduate of Shippensburg University, Evan spends most of his time writing about gaming, literature, and nerd culture in general. XBL: Eftsoons PSN: HideousToshi Steam: HideousToshi LoL: Eftsoons
You might also like
BioshockArticlesFeaturesEvan Hallman