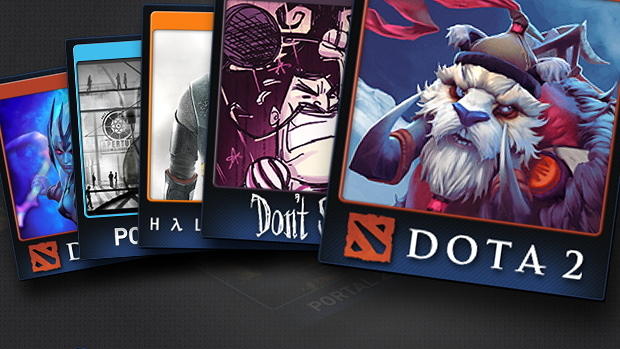 No doubt my fellow Steam users (Steamers?) were as initially perplexed by the advent of â€œtrading cardsâ€ as I was. I didnâ€™t know what the hell these things were, why I was being bombarded by them or what purpose they could serve. When I investigated via my inventory, I found I could sell them on the â€œmarketâ€ which made these unidentified pickups a lot more interesting to me. I decided to determine the use for these foreign objects and hereâ€™s the result of my diggingâ€¦

Now these cards; what triggers games to drop them is based on luck (more on that later) and on their own, really arenâ€™t worth much. No single card could cover the cost of a game. You can, however, collect a bunch of them, sell them and make a few dollars, which in turn can be used to purchase more cards or even some games. So yeah, okay, you can buy and sell them? That’s it? Well no, not exactly. As I dug deeper, I found that these items transform the actual steam app into a meta-game. Yeah. I know right? 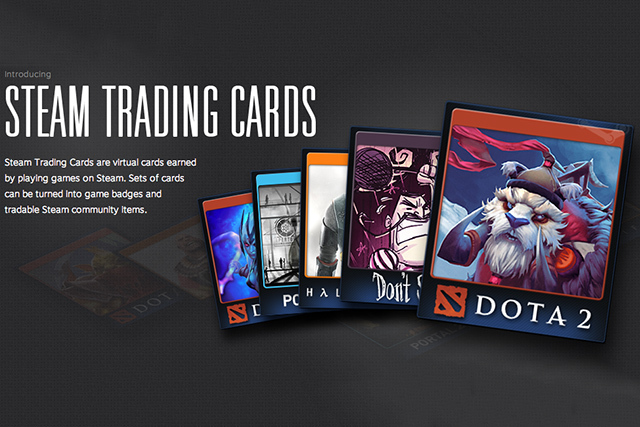 Trade ALL the cards!

Once you can get your head around the video game-ception Valve has created on their most popular platform, itâ€™s easy to understand their logic behind it: Money. Lots of money. Â For example: You buy the games (From Steam) to get the cards (to trade on Steam’s market, which they get a cut of) and then buy more games (so the money earned has to go to them anyway). So you see, all roads lead to Good ol’ Gabeâ€™s pockets and you will spend far more on the games than you will earn from the cards. Which is fair enough, I mean they are running a business and technically, you can get some games cheaper or free-ish, if you had enough cards already from the games you bought before the system was implemented. But they’ve also implemented a ranking system, XP and â€œcraftingâ€ into the program and barely anyone noticed. The cards themselves only serve as tradable pickups to craft â€œbadgesâ€ with to help you achieve XP to level up.

With that in mind, Steamâ€™s end-game seems to be that you achieve top â€œSteam Levelâ€ and are recognized as a badass throughout the interwebs, but thereâ€™s the same slant as before: Valve are in it for the moolah you will generate for them from the sale of your excess cards, once you reach the top level. The best part of this is that when you’re at the top level, your games’ “drop chance” percentage is at 100%, so instead of attaining half the cards per game, you get all of them. Pretty much exactly when it becomes useless. Clever Valve.

Former Staff Writer Fraser enjoys long walks on the beach, and doesn't like rude people. He also plays a ludicrous amount of games on both PC and PS3 and is Studying Computer Games Development at college in Scotland, U.K., and of course games journalisming with these fine fellows you see above and below. His wallet fell seriously ill in 2009 of a Steam Sale and has never recovered since, leading to many, many games. He has high hopes that he can suitably inform and entertain many of you fine people, and play a part to make SpawnFirst-a great website, even better. As ever, feel free to add his steam account.
You might also like
SteamArticlesOpinionFraser McIntyre