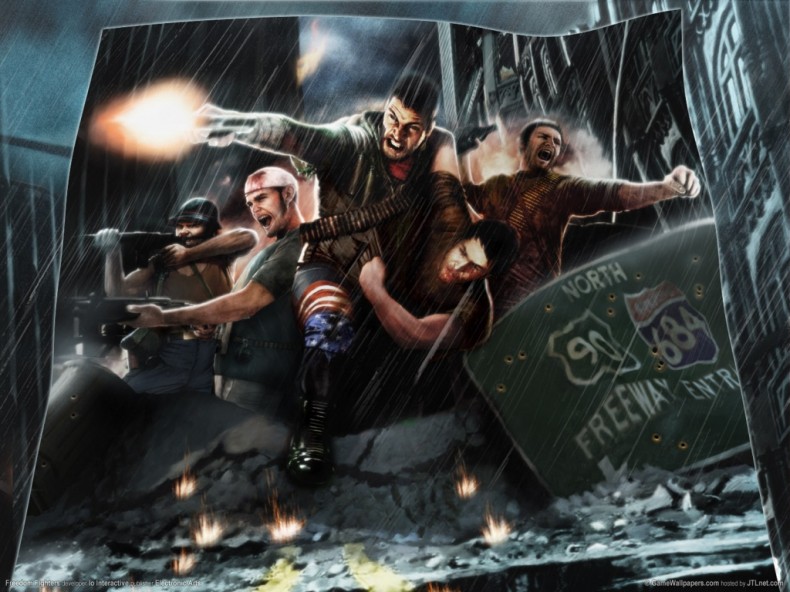 Welcome to SpawnFirst’s new article series ‘Where’s My Sequel?!’ where I take a look at games that either never got a sequel although I felt they deserved one, or a series that hasn’t had a new installment in 10+ years and is long overdue for a new addition. For the first installment of ‘Where’s My Sequel?!’ we’re going to be taking a look at one of my personal favorite games: Freedom Fighters. 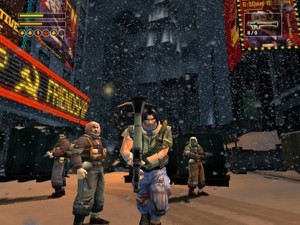 Launching in 2003 on the PS2, GameCube, Xbox, and PC, this tactical third-person shooter was grossly unappreciated for its time. The main campaign takes place in an alternate reality where the Russians had dropped the atomic bomb on Berlin and won World War II. Over the following decades, the Soviet empire started to spread across the globe, bringing us to the present day where the USA is the last free nation on Earth. The story takes place in New York City and follows Chris Stone and his brother Troy (who are ironically plumbers; sound familiar?). The game begins with a routine house call that goes horribly wrong when it is discovered that the apartment they’re called to is owned by the leader of the Russian resistance, which results in Troy getting captured when the Russians come knocking. As the Red Army lays siege to the city, Chris joins up with the resistance to help free the city and get his brother back.

Gameplay featured a ‘charisma’ system where, as you played through the campaign, you would gain charisma by completing missions and helping people. The higher your charisma level, the more freedom fighters you can recruit to your squad. You can then, in turn, use your squad mates tactically, having them either follow behind you, defend an area, or assault a specified location. This allowed for a player to approach a problem with a bunch of different options all while roaming a partially destroyed New York City. 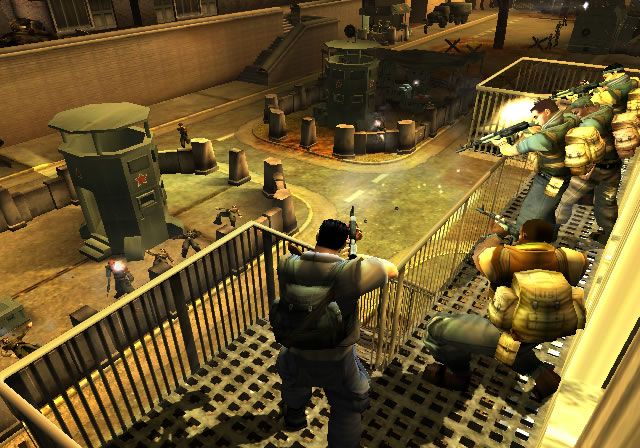 Why This Game Rocked

Freedom Fighter’s awesomeness comes mostly from its compelling story. The voice acting was, at the time, impressive (although now it’s a little cheesy) and made you heavily invested in the characters. More importantly, it plays off of American pride to keep you invested. Now I know that sounds corny, but seeing the Statue of Liberty in ruins and New York under marshall law, it’s hard not to get fired up. The patriotism a player feels (especially an American gamer) adds to the emotional resonance of an already bleak game.

The other reason Freedom Fighters always stood out to me was its simple but extremely fun multiplayer. It consisted of only one game mode, Capture the Flag, but it put a unique spin on the classic game type. Instead bringing the enemies flag to your flag, Freedom Fighters had one flag located at the center of the map. Players would then fight for control of the flag, and the first one to reach the specified time of possession wins. There were a bunch of different strategies on how to take the flag: you could try a direct assault and get mowed down by the enemy bases surrounding the flag (assuming you didn’t own them first), or you could try taking all the bases and starving your enemy of new troops to recruit, but letting precious time tick away in the process. It was an intense multiplayer experience that required a lot of strategy mixed with split second decisions and troop commands. It’s the reason I wanted a second Freedom Fighters.

So What Happened To It? 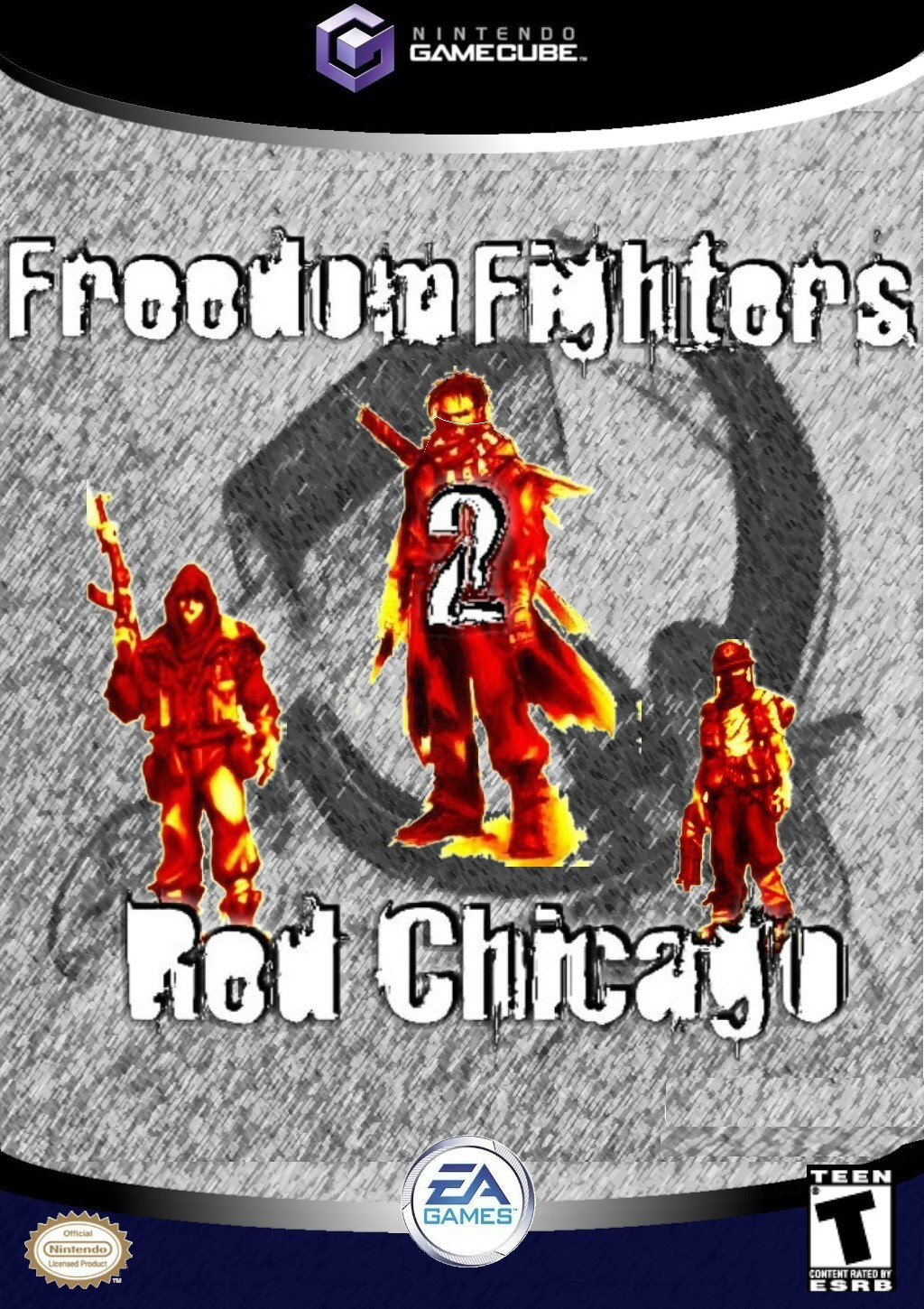 Despite the first game’s positive reception, Freedom Fighters 2 was one of those games that the developers kept saying they wanted to do but never did. I did a little googling and found that a Freedom Fighters  sequel WAS announced in 2004, but then the developers got distracted by the first Kane and Lynch. After that, the project was abandoned and left all the gamers who played the first Freedom Fighters  (including myself) heartbroken. Who knows? Maybe someday we will see a sequel, but I wouldn’t hold my breath.

Had There Been A Sequel?

If Freedom Fighters 2  had ever come to fruition, there are a couple things I would have had liked to have seen in the game. First off, it would have to take place in another major city, like Washington or Los Angeles. I for one wanted Chicago for the second game, and even made the game cover for a high school art project. Seriously, that’s it there to the right. Secondly, I would have loved to have seen more weapons, and a larger selection of muliplayer maps. Beyond that, I can’t think of any other ways to make the sequel more awesome than the original.

So lets shed a tear for Freedom Fighters and hope that one day it finds its finds it way out of the black hole it got unjustly thrown into. Until next time, thanks for reading ‘Where’s My Sequel?!’

3 people like this
Articles, Features, Opinions
Freedom FightersgamecubePCPS2Wheres My Sequelxbox

SpawnCast Co-Host/Creative Co-Director Brian is member of the University of Mary Washingtonâ€™s class of 2012 and graduated with a BS in Computer Science. He has been gaming since the first day he held an original GameBoy in his hands and hasnâ€™t stopped since. He now plays mostly shooters and RPGs on his Xbox 360 but will occasionally work in some sports or fighting games when heâ€™s in the mood. He is also a huge fan of playing marathon sessions of Legend of Zelda when the opportunity arises.
You might also like
gamecubeArticlesFeaturesBrian O'Donnell