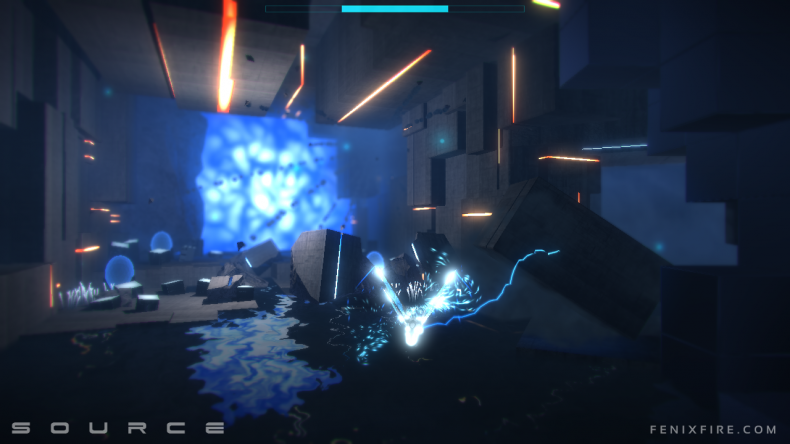 Before we start, I just want to throw this out there, this sadly has nothing to do withÂ Counter Strike: Source. Independent games developer and publisher, Fenix Fire, announced that they are heading to PAX East, in Boston, to reveal exclusive details about their upcoming arcade adventure game, Source. Fenix Fire’s game has received a lot of love, some even calling itÂ “The Holy Grail of arcade adventures.” The game’s powers do not extend into the realm of immortality, but it might make some hardcore fans vomit rains, which is equally impressive. It is currently in development for the PC, Xbox One and PlayStation 4.

Safe to say, this is one of the most unique games in its genre. The player controls a cybernetic firefly-like creature in an alternate dimension, tasked with the noble objective of dispersing energy to every living being, all in a breathtakingly beautiful world that is bio mechanical and radiant with light. In return, energy can also be received. All is not just flying around in a stunning parallel universe full of everlasting joy for everything, though. An ancient darkness that appears to have originated from some kind of vortex, spawned legions of creatures intent on devouring this delicate world. Like the dark beings in the psychological thriller game, Alan Wake, this world and everything in it has only one way of surviving and fighting back: using light. And it is the destiny of the player’s firefly to combat the threat, often times at great personal danger.

The world itself will indulge players in a Metroid style environment, complete with puzzles that are sure to fry the brain a little, and large open worlds to explore full of creatures to purge for the greater good.

The game will be showcased at PAX East’s Indie Megabooth.

Check out the teaser trailer of the game from PAX down below.

Senior Staff Writer Rudolf is a Journalism graduate who has an obsession with video game collectorâ€™s editions, which is matched only by his objective of moving to Canada and firmly establishing himself as a games journalist. His taste for adventure can only be satisfied by action-adventure games, sizzling steaks and dreams of gliding through the air on a snowboard.
You might also like
alan wakemetroidMetroidvania