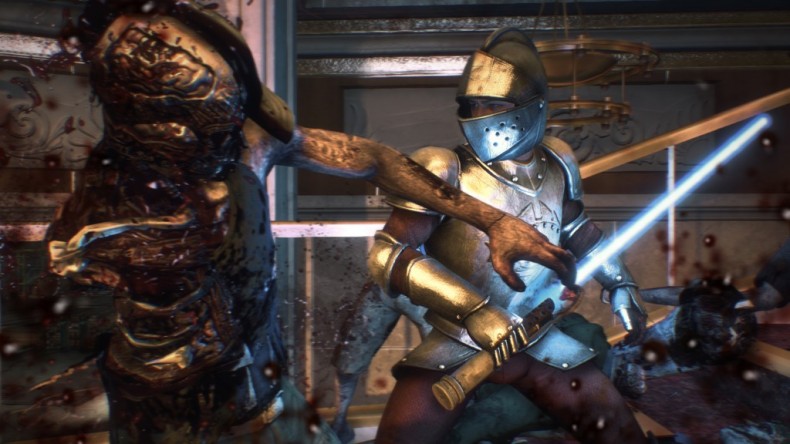 A new gameplay trailer released for Dead Rising 3 shows off a few weapons and costumes to be found throughout the world. Shown is a suit of armor and a tuxedo (a black one and a white one) and a suit of armor. Aside from the costumes, they also show some of the weapons; both handheld and vehicular. You can see a crossbow with fireworks and a flame spitting bull mascot head. They also show the flaming steamroller that was shown at Gamescom as well as an ambulance fitted with monster truck wheels and a gun turret.

You can also see the game stays true to its goofy nature by having Nick dress up in a shark outfit. You can be a flame spitting bull when the game releases with the Xbox One on November 22nd.

Former Editor-in-Chief Angie has a passion for gaming. She has never been able to put the controller down since first picking up an SNES controller at the age of 3. She loves researching anything gaming related and talking games amongst her friends.
You might also like
CapcomDead Rising 3Microsoft