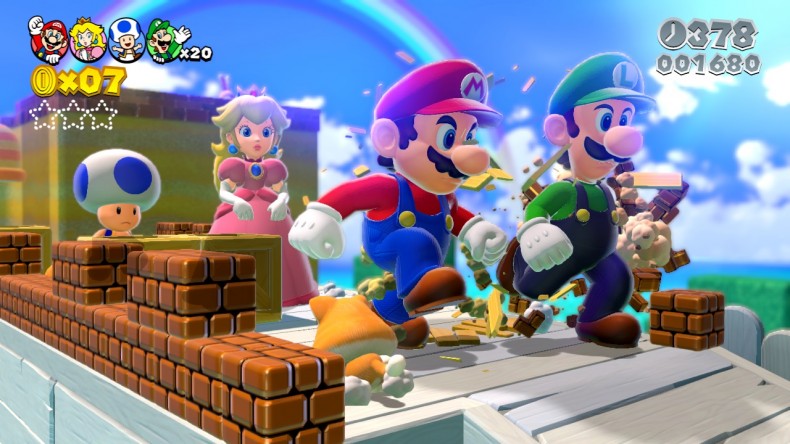 Not to be outdone by two big launches in one week, Nintendo’s dripping some of the hype juice to Wii U and 3DS eShop users this week.

I will be sipping 2 very big drops.

Those choices are the openers for the midnight release of Super Mario 3D World. Looking so far to be one of the best Mario games in a very long time, the title brings 4 player 3-D platforming, colorful visuals, and a ton of new power-ups and ideas. The game can be had for $59.99; look for our review in the near future.

On the 3DS side of things:

The big hitters on the handheld include Mario Party: Island Tour for $39.99…

and the sequel to one of the best 2-D adventures ever, The Legend of Zelda: A Link Between Worlds. The game repurposes the setting of A Link to the Past and adds a new item rental system, height puzzles, and a new 2D Link mechanic. We’ll have our final opinion of the game in the coming weeks.

Seriously, though. Main series Mario and Zelda on the same day. 2 new consoles in a week of each other. It’s definitely November. And I’m running out of money.

Contributor Geron's been into games for as long as he can remember. From fighting Octoroks to studying graphic and game design at GMU, the guy's been around the block when it comes to interactive entertainment. When he's away from a console, he's working on his next piece of art. Fun Fact: his first published artwork was in issue #144 of Nintendo Power Magazine, when he was only 10.
You might also like
eShopLaunchLink