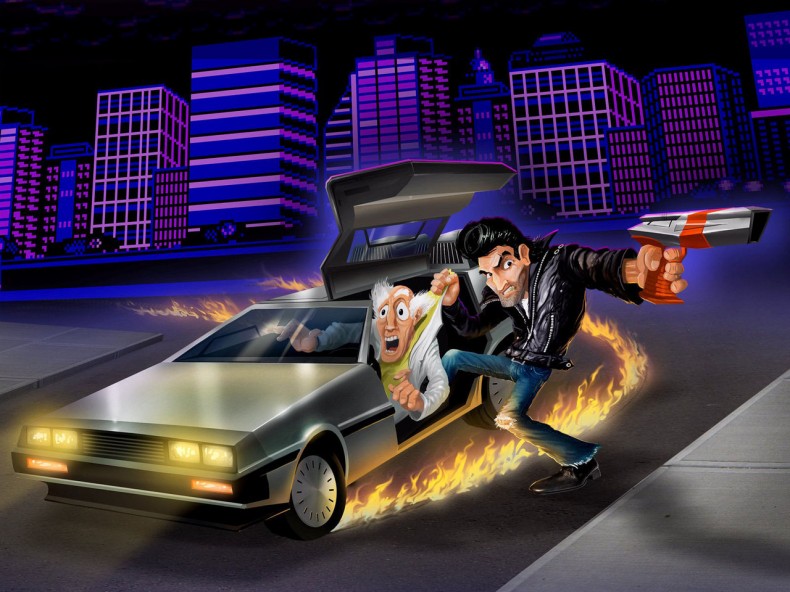 Vblank’s off-the-wall, 8-bit, open world game is coming to the 3DS sometime in Q1, 2014. For just $9.99, buyers in North America, New Zealand, Australia, and the UK will be able to get their grubby hands on Retro City Rampage, courtesy of the Nintendo eShop. Seeing as how Brian Provinciano, the game’s lovable creator, has stated that the PS Vita version of the game was one of the most profitable, I think it’s fair to say the 3DS version should bring in a reasonable amount of sales. The game’s pick up and play style is perfect for handhelds, and I may fall to the temptation of buying it once more, just to experience it on the go.

Not to be forgotten, the PC version of the game has gotten some nice updates. RCR on PC now has mouse and PS4 controller support, as well as a myriad of handy in game updates, such as enemies now appearing on the minimap, and increased frame-rate customization.

Vblank has also announced that they do allow the creation and monetization of videos involving all Vblank games. This should come as a relief to many Let’s Players who have been living in fear since last week’s Youtube sweep. Now they can stream videos of 8-bit mayhem without the constant pressure of copyright claims to worry about. Â Also, I hope more developers, indie or otherwise, take note of this and allow the same kind of creative freedom with their games. I’m not holding my breath, but a boy can dream, right?

Senior Staff Writer Colton Steury is a musician, writer, and fervent gamer who enjoys most any games, but is especially fond of RPGs, platformers, third-person shooters, and indie games. When he's not writing articles, composing songs, or gaming, you could probably find him eating potato chips and petting a cat. Generally, he is willing to accept potato chips/cats as currency.
You might also like
3DSPCport