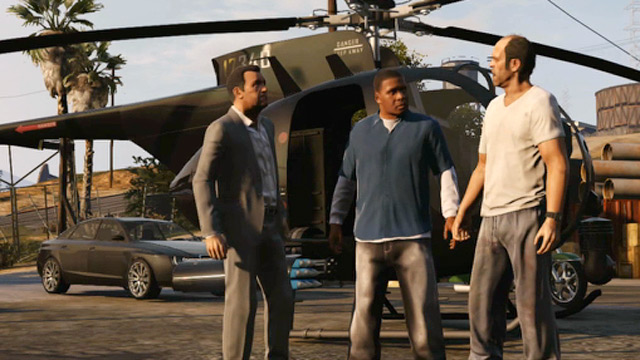 Eurogamer Portugal reported that retailer Worten is currently accepting pre-orders forÂ Grand Theft Auto V on PS4, and another retailer SuperGamer Czech is accepting pre-orders for the Xbox One and PC versions. Those who felt that GTA V originally belonged on next-gen consoles will most likely be able to breathe a sigh of relief if these iterations come to fruition. Keep in mind, however, that these are solely from the stores and is not confirmation from Rockstar themselves.

Worten does not have a release date listed for its PS4 pre-orders, but SuperGamer Czech has a release date of June 13 listed. Make of this what you will, but until Rockstar officially announces that the game is definitely headed to next gen consoles, it’s not safe to start holding your breath just yet. We’ll keep a close eye on this story and update as needed.

Former Editor-in-Chief Angie has a passion for gaming. She has never been able to put the controller down since first picking up an SNES controller at the age of 3. She loves researching anything gaming related and talking games amongst her friends.
You might also like
Grand Theft Auto VRockstarrumor