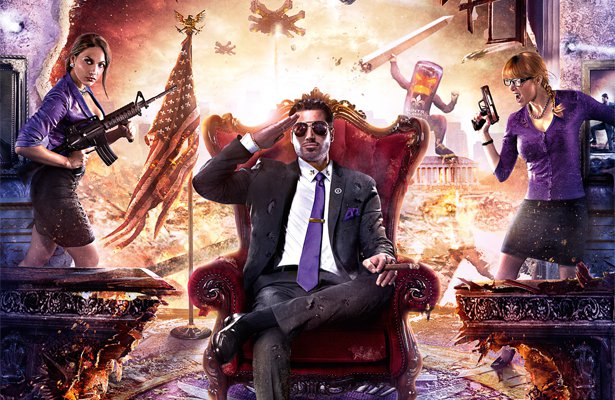 The strange, yet appealing, Saints Row IV will be getting even more absurd in the collectorâ€™s edition. The Super Dangerous Wub Wub Edition will cost $99.99 and will contain in-game content as well as some strange extras. 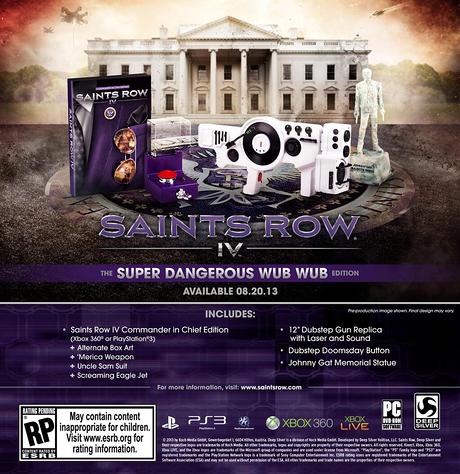 Yeah…I’d say these collector’s editions are starting to get a little too absurd.

A replica of the â€œDubstep Gunâ€, measuring 12 inches, will come with the collectorâ€™s edition of the game. The replica will play the same music as it does in-game and will also have a laser sight attached onto it. However, I donâ€™t see myself running around playing dubstep from a replica gun while pointing my laser at pedestrians. The thought of it is ludicrous, but I love it! Along with the replica gun, fans will also get an 8 inch Johnny Gat Memorial Statue and a pocket-sized Dubstep Doomsday Button to drop the bass whenever they like. 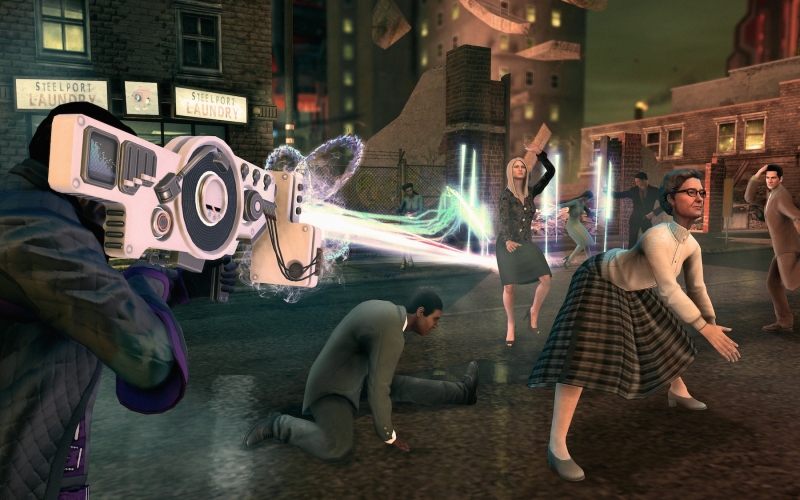 The Wubly Dubstep Gun in action in-game. I’m not too sure what effect the gun would have in real life, but disapproving head-shakes sounds about right.

The collectorâ€™s edition will have in game content too, not just dubstep themed memorabilia. All items from the Commander-in-Chief edition will be available in-game for The Collectorâ€™s Edition. These items include an Uncle Sam suit, a Screaming Eagle VTOL and the â€˜Merica gun.

TheÂ The Super Dangerous Wub Wub Edition is now available for pre-order. Saints Row IV will be releasing on PC, Xbox 360 and PlayStation 3 on August 20th in the US, the 23rd in the UK and the 22nd in Australia.

Former Staff Writer Mark is an Irish student passionate about games. He enjoys playing sports such as soccer and rugby, but loves playing video games at any time possible. Mark plays mostly on the Xbox 360, but also plays on the PC from time to time. He is a multiplayer manic and also loves to delve into deep storylines within RPGs.
You might also like
Saints Row 4Volition

Can Saints Row IV Kill Its Own Spark?

Saints Row IV and the Art of Stealing Thunder