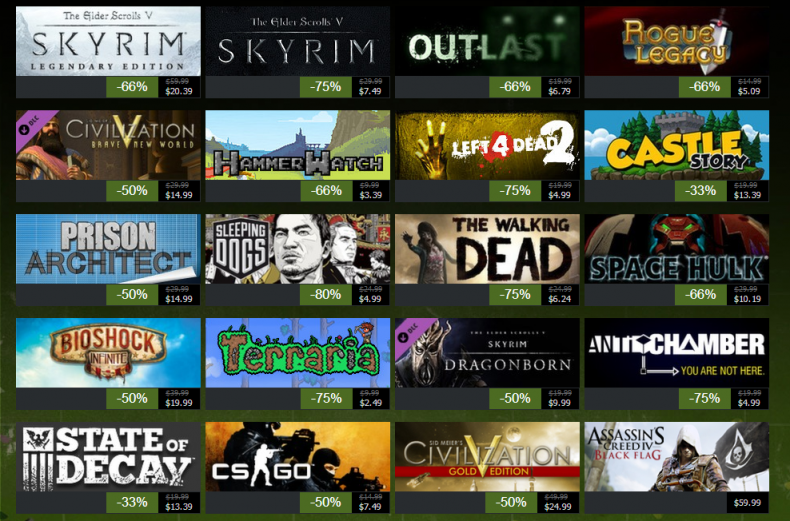 Reddit user SharkkillerÂ leaked a post yesterday detailing how developers will soon have control over when and for how long their games go on sale.

Developers will now be able to set weeklong deals, and even custom length deals with their chosen percentages of discounts. They will also still be able to opt in and out of official Steam sales as well.

Sales must be two weeks apart, and can only last for a maximum of two weeks. This makes sense, since never-ending sales can clog up the specials page on Steam, reducing the incentive to price a game higher and then have sales just to gain exposure.

This could still open the door to more frequent and lengthy sales on games and allow developers to gain more exposure on the Internet’s most dominant gaming platform.

Editor-in-Chief Zac is a Communication/Journalism major at Shippensburg University and the man in charge of SpawnFirst. He is a lover of all games and platforms, but loves to grind through a good ol' RPG.
You might also like
Steam