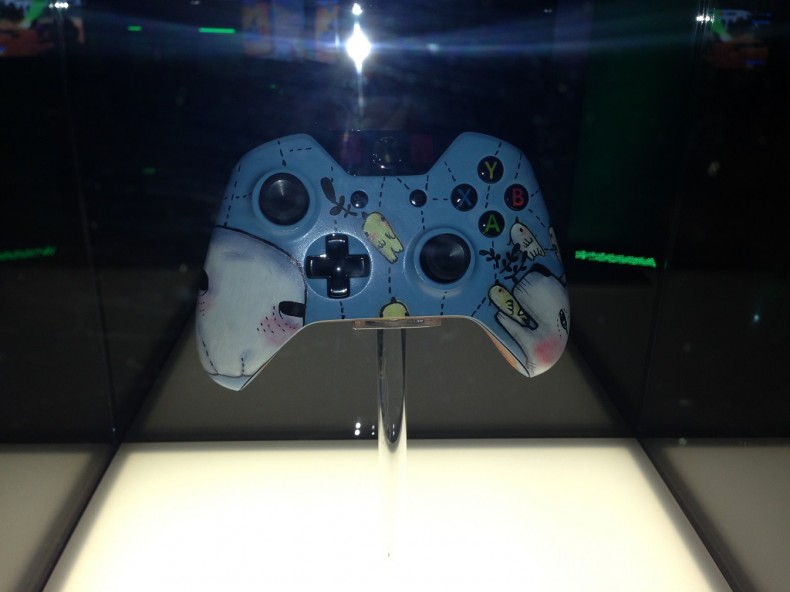 So today I had a chance to stop by the Xbox One Tour in Atlanta, Georgia. Outside of the games available to try out like Ryse, Battlefield 4, Forza 5, Dead Rising 3, and many more, there were also some pretty cool controllers designed by artists on display as well. Officially, these controllers aren’t planned for production, but from what I was told by a Microsoft rep onsite, “You never know…”

Check them out below:

The “Cthulhu” controller was interesting, although not my style. Still, it had a certain panache. 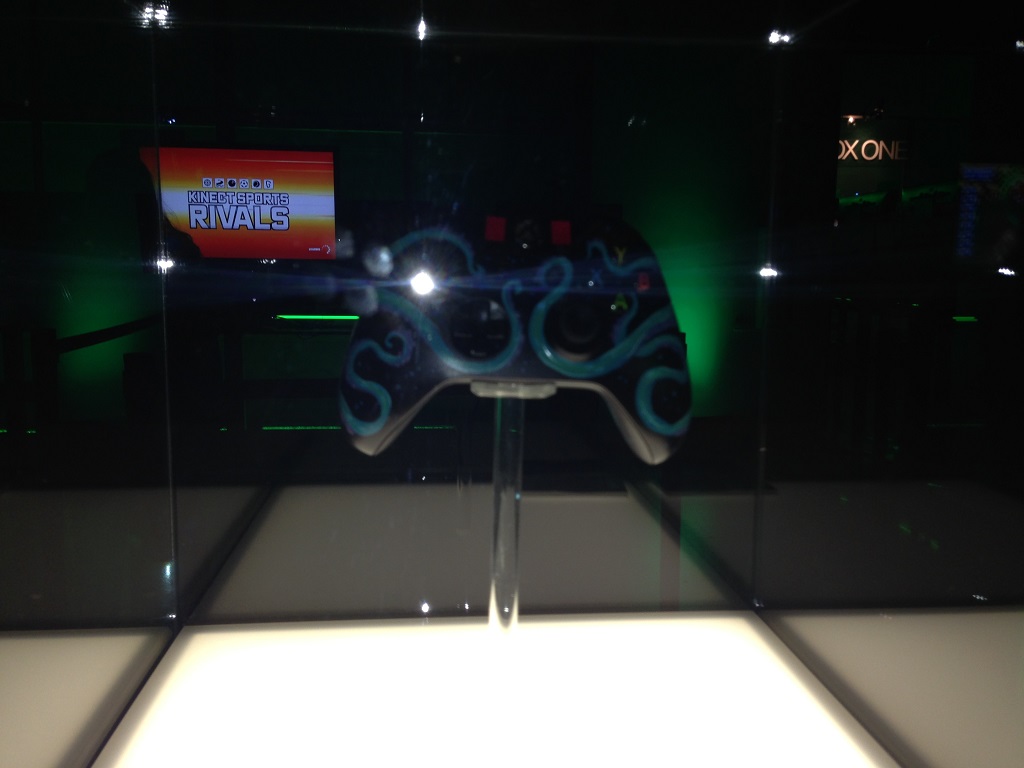 Would. Buy. The simplistic yet humorous cartoons on this controller, coupled with the classic white shell Xbox controller color made this one one of my best pics of the show. 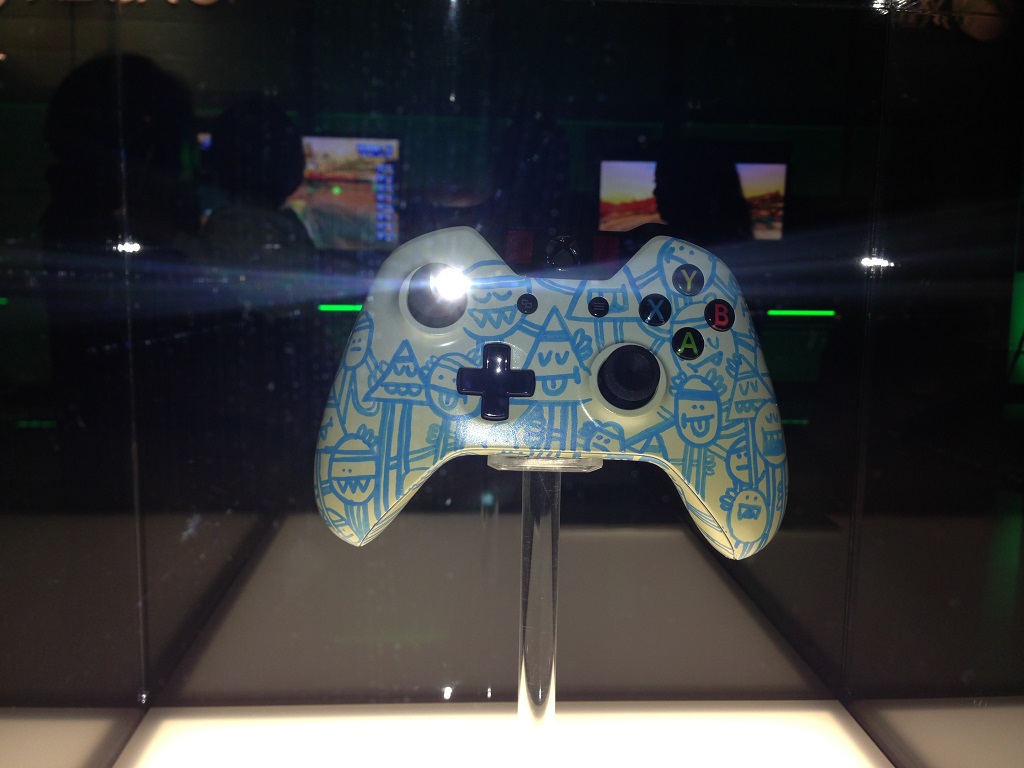 This textured controller was very nice to look at, though I think the raised designs would be a hindrance when playing games. The Xbox One controller doesn’t need more issues with it (as you read about in the follow-up Xbox One tour article coming up soon). 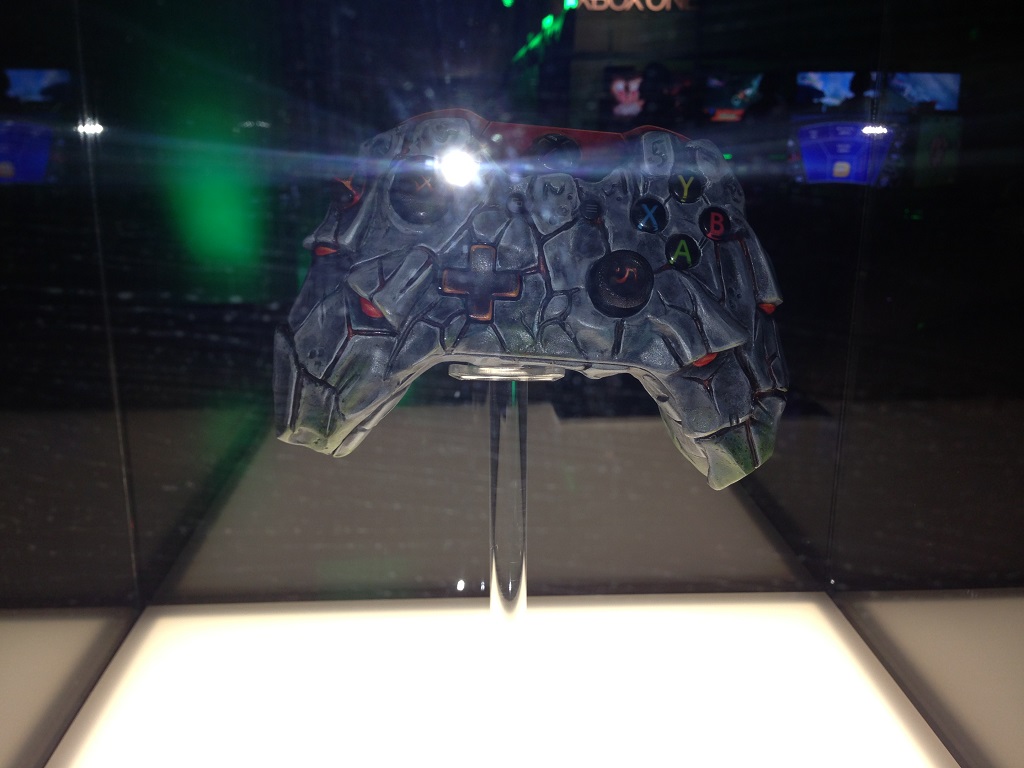 Bad graffiti mixed in with a Mass Effect color scheme. Burn it with fire. 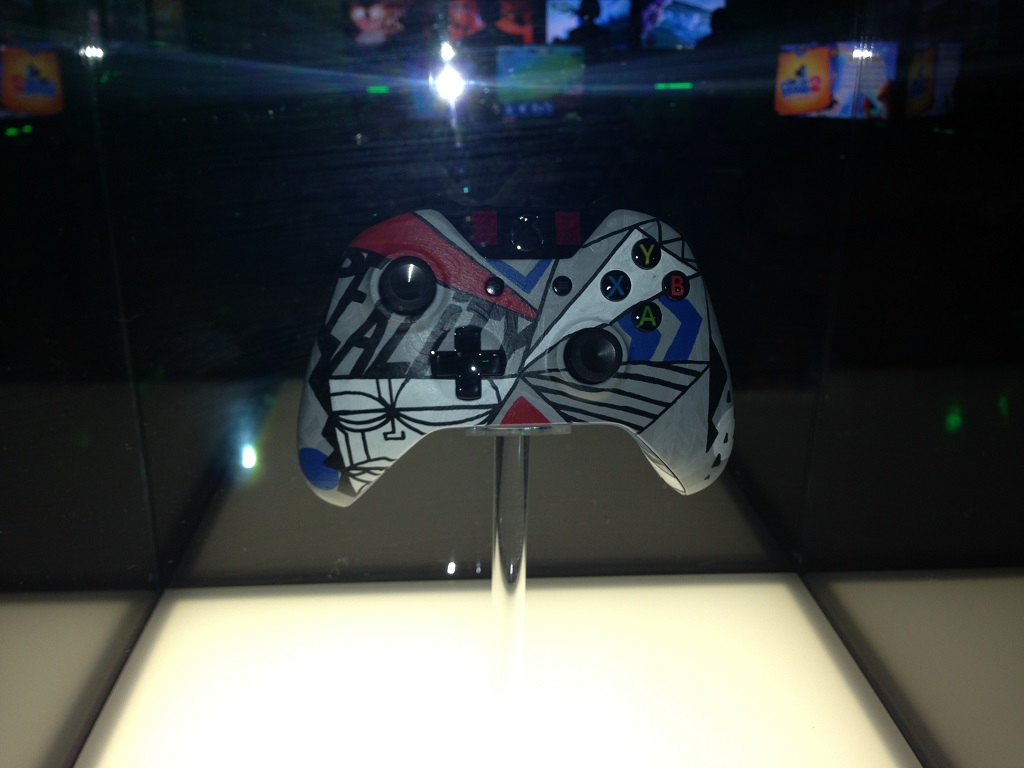 I actually liked this one too. Simple, yet interesting graphics, a mild color scheme, and it would look pretty damn good sitting next to my Xbox One. 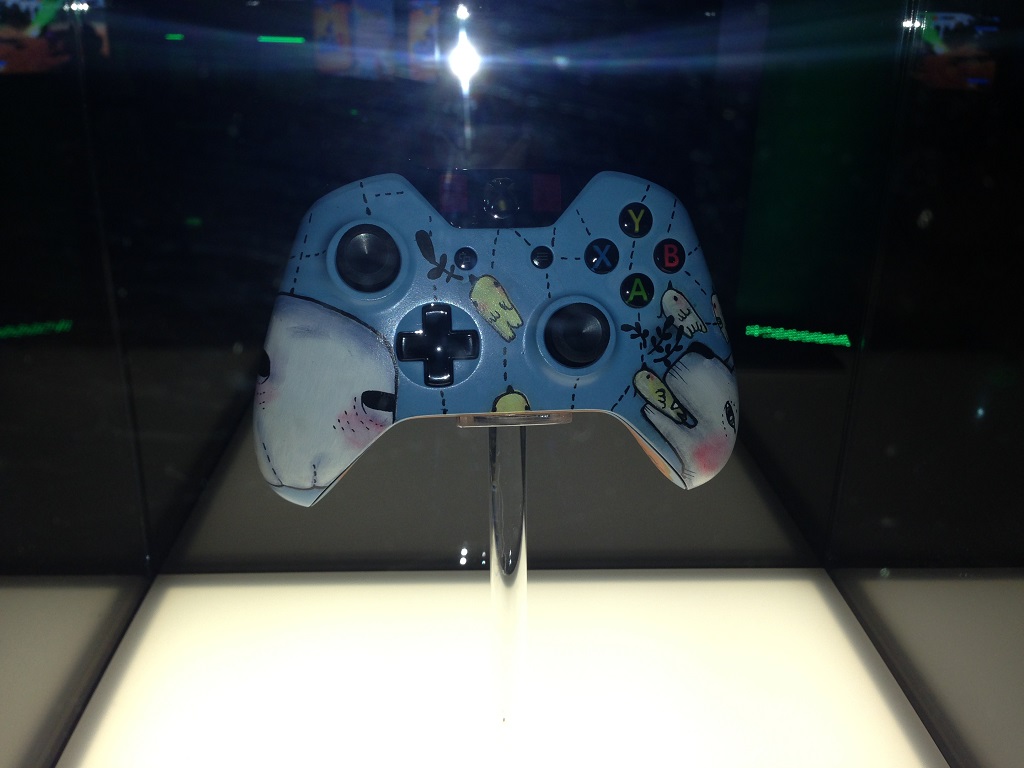 The design on this one was okay, and you can see the acrylic paint standing out on the controller, which really didn’t do much to make it aesthetically pleasing. 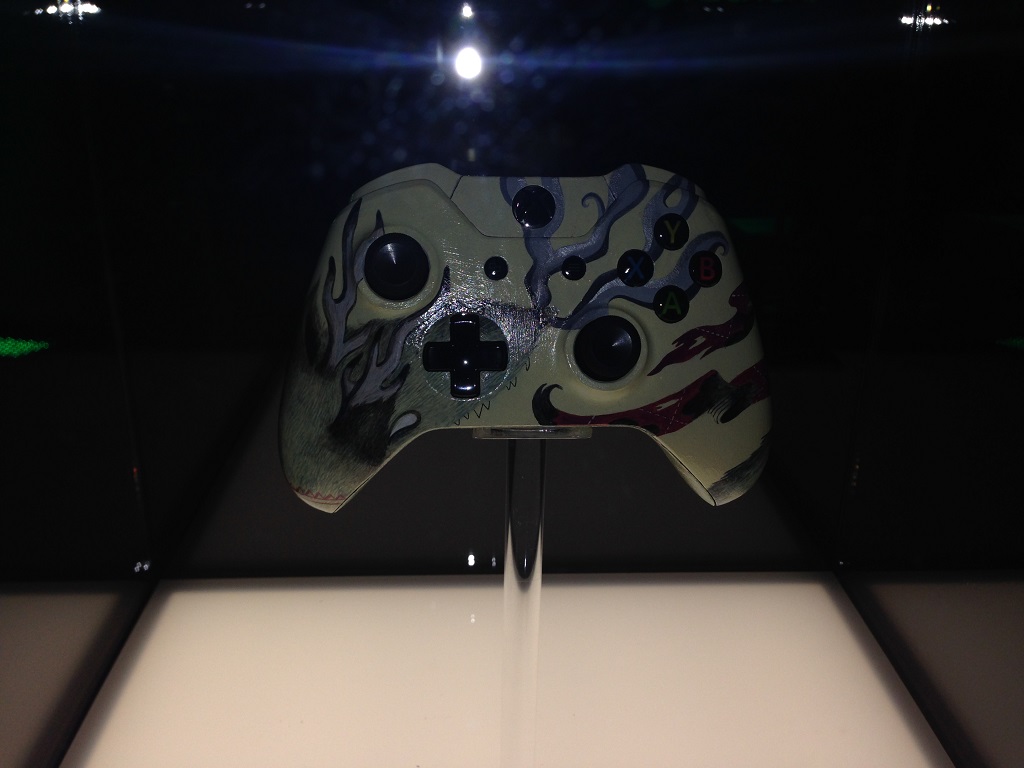 The Incan-design-meets-street-hieroglyphics made this work of art another one I would consider purchasing if it ever goes into production. 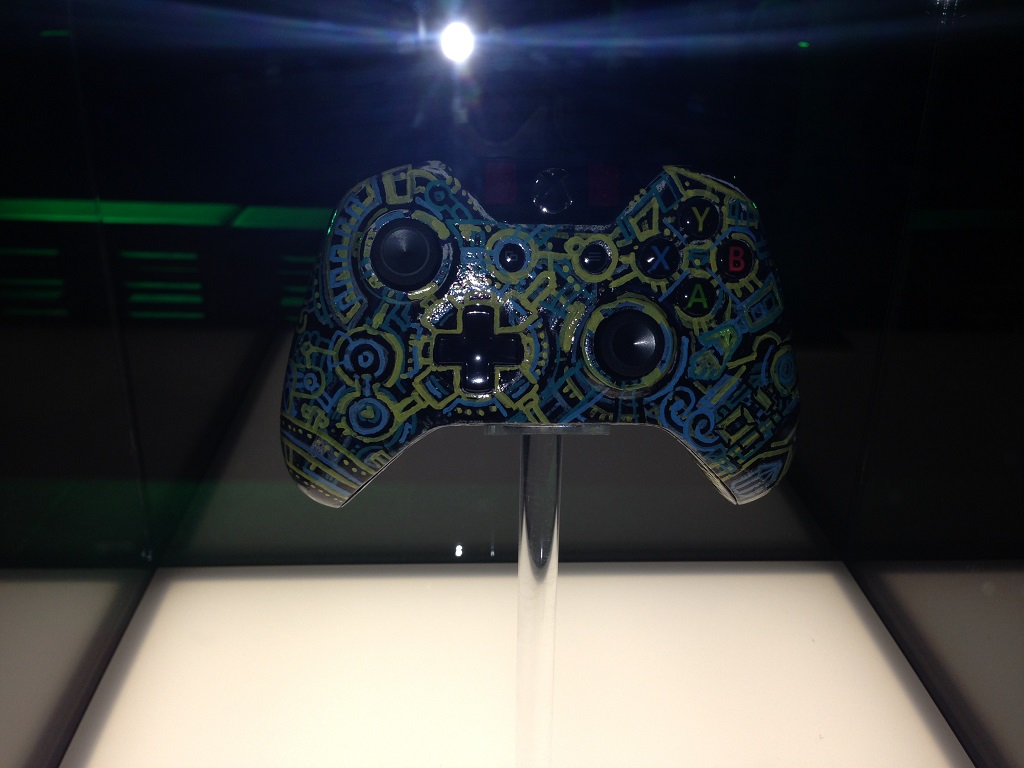 The oriental snake design on this controller was interesting, and the white shell made it pop out. Even though it doesn’t look like much in the picture, IRL it looked pretty damn impressive. 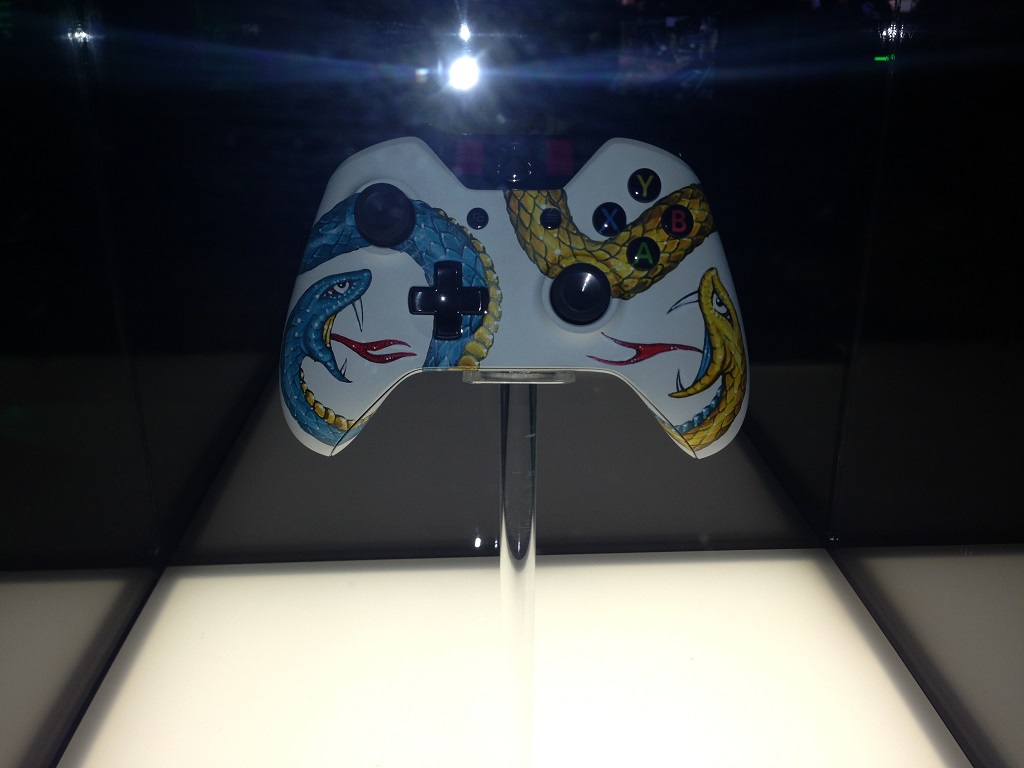 Well, there you go folks; pictures and impressions of the artistic controllers on display at the Xbox One Tour. Check back soon for my full impressions of the demos of Forza 5, Ryse, Battlefield 4, Dead Rising 3, Killer Instinct, and many other games. And I do have a bit of an issue with the new Xbox One controller, which you’ll hear about in a bit.
News, Other News, Xbox One
ControllerXbonexbox oneXbox One Tour

Founder/Consultant Growing up in different countries, Karam has a unique global perspective about gaming. He brings with him that set of eyes and ears that can look at the state of gaming from afar. His gaming loves cover just about every genre, and he is a constant presence on Xbox Live and PSN. Karam is a Systems Administrator by day and lives in Georgia with his wife and three children. By night he transforms into Aye Karamba (Live) or Aaqiloon (PSN), and his virtual aliases live online.
You might also like
Controllerxbox oneXbox One Tour