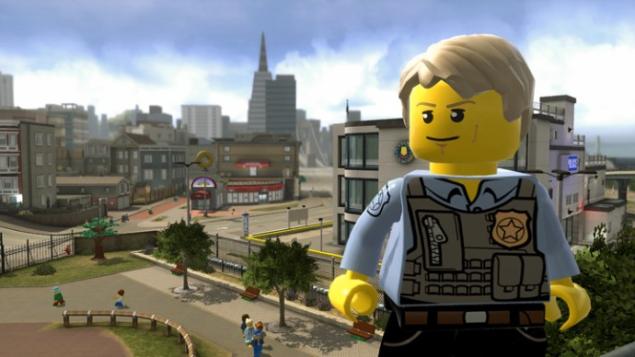 It's funny and clever; Discovering new locations is refreshing; Objects look good close up, but...

...textures constantly pop up; It's foggy as heck; Most of the in-game dialogue is delivered via text boxes even though the cutscenes are fully voiced; It's just plain boring

I can't recommend LEGO City Undercover: The Chase Begins to anyone, not even a kid. It's not the full LEGO experience. It's like buying a 1,000-piece jigsaw puzzle and later discovering it only contains 500 pieces.

Not a Good Way to Begin the Chase, Chase

I have a soft spot in my heart for LEGO games. I know they’re simplistic, silly and primarily for children, but I’ve still had hours of fun with Traveller’s Tales’ most successful franchise. However, even if the games are marketed for a specific audience, I still expect certain things from them. I expect them to be at least fun.Â LEGO City Undercover: The Chase BeginsÂ doesn’t even attempt to live up to anyone’s expectation of what a LEGO game should be as it can’t even meet that one basic requirement.

The events inÂ The Chase BeingsÂ take place two years before the ones inÂ LEGO City UndercoverÂ for Wii U – Thanks Wikipedia! Anyhow, the player controls Chase McCain, a cop who works for the LEGO City Police Department. He is tasked with bringing criminal mastermind Rex Fury to justice. The story is easy to follow and harmless. I even chuckled a few times. As I’ve already mentioned, LEGO games are aimed at a younger demographic, and their creators are not striving to provide meaningful, metaphorical tales. Making fun ofÂ Grand Theft AutoÂ and getting from point A to point B will do.

InitiallyÂ The Chase BeginsÂ plays like any other LEGO game. Players must solve puzzles, beat up bad guys and build stuff using LEGOs. However, inÂ The Chase Begins, this pattern keeps repeating itself and never stops. It literally plays out like this: travel to a waypoint, help out an NPC, solve a costume-related puzzle, defeat a few enemies and return to the waypoint. The only changes are the costumes. After a few missions and a cutscene Chase gains a new costume that he must swap to sometimes.

The little bit of challenge that exists in other LEGO games, which admittedly isn’t much, has been completely removed fromÂ The Chase Begins. I didn’t die (aka burst into LEGO pieces) once while facing any enemy in the game, including bosses. It’s nearly impossible to die because every enemy can be taken down with just a few button presses. I didn’t even get hit that much. The combat system is really, really terrible and boring.

Nearly everything aboutÂ The Chase BeginsÂ is boring. Driving a vehicle is boring because exploring is boring. When I play LEGO games I usually become hooked on hunting down collectibles. It’s just fun to do, but inÂ The Chase BeingsÂ that feeling is nowhere to be found. It’s a shell of a LEGO game without all the (excuse the pun) pieces in place.

The only excitement The Chase BeginsÂ offers is in its locations. I looked forward to travelling to a new area because I knew it would at least mean a change in scenery. I also thought the structure of missions would change at least a little bit, but the credits started rolling and it still hadn’t occurred. The entire game is just a whole bunch of average averageness. A sense of laziness permeates the entire experience.

I understand that visuals are going to take a hit on a handheld device, but what I don’t get is when I keep taking a hit from a car that wasn’t even in my way two seconds ago. To drive around LEGO City inÂ The Chase BeginsÂ is to get a hands-on lesson in how not to port a game. Vehicles and NPCs appear out of thin air constantly (every few seconds). Plus, a fog that would make the inhabitants of Silent Hill feel at home lingers over the entire city. Everything looks fine close up, but the LEGO City inÂ The Chase BeginsÂ is quite frankly a poorly rendered world.

The voice acting in the cutscenes is good and fits the silly tone, but it’s the only voice acting that exists in The Chase Begins. Every bit of the other dialogue in the game is delivered via text boxes. I didn’t realize characters in LEGO games are still incapable of speaking with their own mouths. The soundtrack is annoyingly repetitive, relying on the same three or four songs for the entirety of the game. It’s pretty obvious that TT Fusion just borrowed a few sound clips from the Wii U version. Â I can’t recommendÂ LEGO City Undercover: The Chase BeginsÂ to anyone, not even a kid. It’s not the full LEGO experience. It’s like buying a 1,000-piece jigsaw puzzle and later discovering it only contains 500 pieces. To borrow from Walter White, it’s a tepid, off-brand, generic cola while TT Fusion’s parent company, Traveller’s Tales, is out there making Classic Coke. Do you really want to live in a world without Classic Coke?

Features Editor Buddy was a journalism major at the University of Alabama. He now spends his days writing novels that will probably never get published and wishing he were an extra in an Anthony Hopkins film. He's been gaming since he can remember and has owned every console from the NES to the TurboGrafx-16 to, yes, even the Phillips CD-i. He loves all games, but his favorite genres are shooters and RPGs. His favorite game is The Legend of Zelda: Ocarina of Time.
You might also like
legotraveller's tales