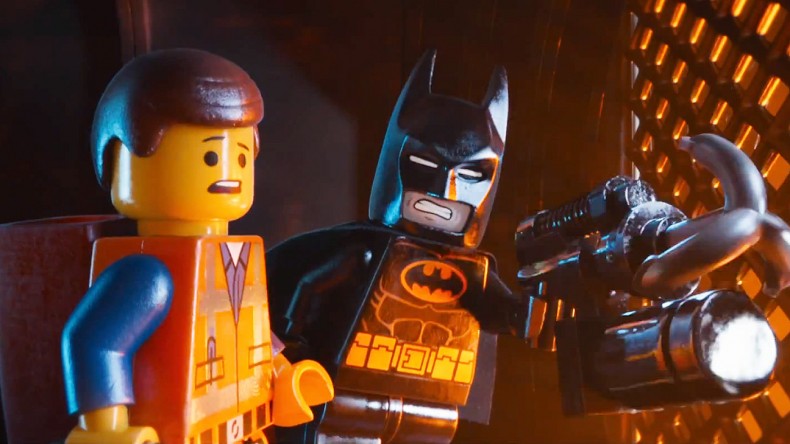 Everything is composed of Lego bricks and looks beautiful; It's fun in small doses

It feels rushed; It's padded; Story missions and side quests are lacking

I had a lot of hope for the The Lego Movie Videogame even though it arrived soon after the best Lego game, Lego Marvel Super Heroes, and is based on The Lego Movie. I was confused when I finished it because somehow it manages to be fleetingly fun and also entirely forgettable. It's the weakest Lego game in years.

Traveller’s Tales is great at handling licenses. They’ve done a better job of creating well-known worlds out of plastic blocks than most other developers have done with other resources. I had a lot of hope for theÂ The Lego Movie Videogame Â even though it arrived soon after the bestÂ Lego Â game,Â Lego Marvel Super Heroes, Â and is based onÂ The Lego Movie. Â I was confused when I finished it because somehow it manages to be fleetingly fun and also entirely forgettable. It’s the weakestÂ Lego Â game in years. Levels inÂ The Lego Movie Videogame Â are loose interpretations of the events ofÂ The Lego Movie. Â Anyone who hasn’t seen the movie is going to be completely lost while playing the game. The cutscenes in the game are just scenes pulled directly from the movie, which is fine, but they are presented in a way that absolutely slaughters the movie’s story. The actual game’s visuals are of course a step down from the movie’s wonderful art style, but they are pretty great nonetheless. In keeping true with the movie, Traveller’s Tales completely ditched using realistic elements alongside Lego blocks. This time everything in the game is composed of Legos and the results are quite remarkable.

As great as the sights may be, the world in The Lego Movie Videogame Â is lacking. Gone is the hub fromÂ Lego Marvel Super Heroes, Â which is fine (not everyÂ Lego Â gameÂ has to be open world), but the cramped spaces in the latest game are lifeless. They’re at least varied, but NPCs offer side quests that too often are extremely similar, which was also an issue I had withÂ Lego Marvel Super Heroes. Â Here, though, very few side quests exist, and the ones that do are dull.

But they are optional, which can’t be said about the story missions. The missions are still based around solving puzzles like they have been in everyÂ Lego Â game. A few freefall and on-rails sequences and a couple of boss fights are tossed in. This time, though, something feels off. The puzzles start to become wearying after only a few missions. A sense of tedium crept into the gameplay that I haven’t felt in a while playing aÂ Lego Â game. Everything is, well, average (as I pointed out in my kicker in an attempt to be clever), but everything is also limited. The same puzzles are used over and over again, often more than once in a single mission. The boss battles, of which there are only two or three, lack the inventiveness found in the series before. For some reason there are dance-offs in the game and they all play like extra horrible versions of Britney’s Dance Beat Â and only use the song “Everything Is Awesome”.Â Â Like several other movie games,Â The Lego Movie Videogame Â is extremely padded, like Traveller’s Tales just had to stretch it out so it would have 15 missions. It feels rushed, lackluster, and half-baked, and that’s a shame. It made me sad as a huge fan of all Lego things (I love the movie!).

So onward toÂ Lego The Hobbit. Â Will it be a worthy follow-up to the very awesomeÂ Lego The Lord of the Rings? Â I hope so. Traveller’s Tales knows what they’re doing even if they do stumble every now and then. I would trust no other developer dealing with the Lego name as much as I do them.Â The Lego Movie Videogame Â is one of my least favoriteÂ Lego Â games, but you can’t win ’em all.

Features Editor Buddy was a journalism major at the University of Alabama. He now spends his days writing novels that will probably never get published and wishing he were an extra in an Anthony Hopkins film. He's been gaming since he can remember and has owned every console from the NES to the TurboGrafx-16 to, yes, even the Phillips CD-i. He loves all games, but his favorite genres are shooters and RPGs. His favorite game is The Legend of Zelda: Ocarina of Time.
You might also like
lego