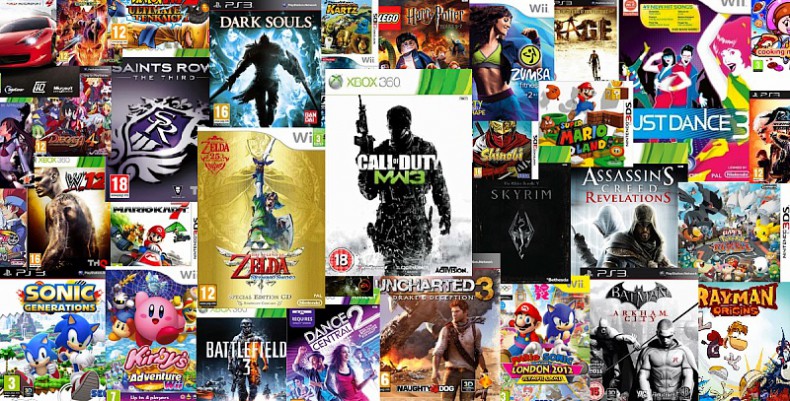 So E3 has come and gone again. Games were revealed, journalists exhausted themselves, and the shiny replicant people that always seem to get the presentation jobs at the conferences have presumably headed back to the mothership to refuel. However, a cursory glimpse at the list of games revealed, detailed, or at least passingly mentioned at this year’s conference reveals a strange if not entirely surprising trend. Of all the many games revealed at this year’s E3 convention, over 40 are sequels, spin-offs, and tie-ins. Add to this comments from people like Strauss Zelnick, CEO of Take-Two, who recently said in an interview that “it seems quite obvious that Red Dead (of Revolver and Redemption fame) is a permanent franchise.”

Sequelization is nothing new in video games of course. Nintendo has been guilty of churning out dozens of each of their major franchises over the years and the current crop of developers and publishers are heading in much the same way. It’s easy to roll your eyes and complain about companies like EA and Ubisoft iterating their largest money makers into oblivion, but is the practice of multi-sequel franchises really as bad as it seems? The answer, like the answer to most questions, is both yes and no. and also maybe.

Before we can talk about the problems that sequels have, we need to mention why it is that they’re so popular. Put simply, the real answer is marketing. Video game publishers have no real attachment to IP other than what will bring in gallons of dollars they need to fill their solid gold money swimming pools. If the economics of the market mean that creating a new franchise every year would net them more profit then you can bet they wouldn’t ever bother making a second game, compelling narrative, intricate worlds, and interesting mechanics be damned. But video games are often very expensive to produce, whether it’s building a game engine, making the art assets, or marketing the finished product. And if they can save money reusing the same character models and texture packs, then they will. Not to mention the most common factor, brand recognition. Someone actually does own an actual dollar sign swimming pool…

Companies like Nintendo and Square Enix have been using this for years. Trusting consumer‘s attachment to a franchise title will prompt a purchase before they’ve even had a chance to think about whether it was a good idea. I’m looking at you, Lightning Returns: Final Fantasy XIII  and Metroid: Other M. If a company has already spent a crap ton (metric, not imperial) on marketing a game, then they’ll get a lot more mileage from the same budget on the sequel once people have already heard of it. This is also the reason sequels tend to make more money than the original, because people have already bought and enjoyed it, or they’ve at least heard enough positive things about the original to make the new one seem like an attractive proposition.

The word ‘sequel’ can certainly have a lot of baggage attached to it. Although it’s not always positive. For example, when people think of the sequel to something, there’s often the suggestion that the game is little more than soulless cash in on the name or style of the previous game, a quick cash grab by the creators to trade in on past success. However, that argument doesn’t always necessarily stand up to closer analysis. Plenty of second or third games manage to be worse than the title that preceded them, however, I don’t know if the idea of the sequel as cheap product designed purely to net the developer and publisher money is necessarily accurate. That’s more of a hangover from film and television, where a popular IP would be given a rush job of a sequel using less famous names and lower budgets to make a quick buck. But even then, that doesn’t happen very much anymore. Very often, the sequel will be given an even bigger budget, allowing the developers to cram even more features, content, and ideas into it. It remains to be seen whether or not these are good decisions, but that’s a different argument.

But assuming that the second in a series is not automatically lesser than the original, there are still lots of other problems with making sequels upon sequels. Most of which stem from the fact that sequels can lead to a lack of innovation. Look at games like Call of Duty, which has iterated almost once a year since the release of Modern Warfare, but has yet to introduce a single new gameplay mechanic since that happened. Granted, games in the FPS genre tend to stick by ‘if it ain’t broke don’t fix it’ principles, but the CoD model of shooters has precipitated an entire legion of clones and imitators, doing exactly what CoD has always done, only worse. This also leads to saturation of the market by those same titles, which creates a vicious cycle of lazy game development. Military shooters are popular because they’re all that’s available and they’re all that’s available because they’re popular.

However, the passage of time has proved that this practice is unsustainable at best. Call of Duty  has been falling in popularity for years, with the latest title ‘Ghosts’ having some of the lowest sales figures since the series began. Yes, it’s true that creating the same game over and over again will work for a little while, but sooner or later the lack of any new mechanics or noticeable improvements take their toll. But this problem is exacerbated by the practice of yearly sequels.

Yearly sequels are a trend that come close to proving the point about quality I made earlier. Series like Assassin’s Creed iterate every year, and although they don’t suffer in any major way for it, there’s a definite lack of any significant changes to justify the whole new game. Now with a franchise like Assassin’s Creed a yearly release schedule could almost be argued to be permissible. The series is a saga that spans decades and multiple characters and so multiple games are made to tell all of the stories necessitated by that narrative choice. Leaving aside the fact that this is a slightly self-defeating argument, the whole idea runs a little hollow. For example, the Ezio story, which encompasses Assassin’s Creed 2, Brotherhood, and Revelations, follows the same character across a few different locations using basically the same engine. Both Brotherhood  and Revelations  are virtually identical to the second game, barring a few added mechanics. They could have been released as standalone DLC, a la the excellent Blood Dragon  expansion to Far Cry 3. But instead they were fully priced sequels that did nothing new and simply served to vacuum more money from customers’ wallets into Ubisoft’s pockets. There’s nothing wrong with AC being a series that iterates every year and uses the same mechanics to advance the story. Unless that story comes in at $60 a chapter, in which case it can stick its hidden blade where the sun doesn’t shine.

But for all the Brotherhoods and Call of Duty: Ghosts, the practice of sequels does give us gems like Borderlands 2  and Protoype 2. Gaming, like any industry, is ultimately controlled by the people holding the purse strings. If a publisher gives a developer or even a small team within that company a small (by the standards of modern game design) budget to allow them to do whatever it is they feel creatively inclined to do, then great ideas, concepts, and mechanics can be pioneered. Then the game is released, and (hopefully) becomes a commercial success. This means that the aforementioned purse string holders are likely to give the same or more of those creative types even more money to make a second game. And that’s where the true brilliance of the games becomes apparent.

My favorite games, quite possibly of all time, are Borderlands 2, The Darkness 2, and Saints Row 2. None of those games would exist in the state in which they did had a smaller, quieter, less expansive game been made before them. Those first titles paved the way for the improvements of the sequels and allowed the games to live up to every promise of their potential. That’s what sequels are good for.

The word ‘sequel’ has picked up a lot of negative connotations over the years, but the truth is that adding more titles to a series is not, in and of itself, a bad thing. The problem is that greed, stupidity, and laziness have given the practice a bad name. But if the powers that be were willing to reduce their cash stream just a little, then maybe the idea of the fifth Assassin’s Creed game would actually mean something significant, instead of just another in an annually increasing roster. Instead of feature creeping across three of four games that serve as little more than expansion packs, put some effort in and allow the people with proven ideas a little more room to work, and we might all be surprised. Plus there’ll be less Call of Duty games. Which would be nice.

Staff Writer Reuben is a student, a nerd and an all round SpaceBadass. When heâ€™s not playing games in his free time he reads anything he can get his hands on, is an aspiring stand-up comedian and makes gaming videos on Youtube. He decied to try writing because it was neater than leaving all of the words in his head, where they were liable to clutter the place up. Heâ€™s owned every iteration of the Pokemon franchise (he usually chooses the Grass starter, except Chikorita, because why would you?), completed Borderlands 2 more times than can possibly be good for his mental health and owns a worryingly large collection of gaming reference t-shirts. He usually plays both PS3 and Xbox 360 games, but is probably going to jump to PC for the next generation. He hopes to contribute as much to SpawnFirst as he can, and he feels really stange about writing in third person. He may also have over written his bio. Xbox Live: CruelCoffee, PSN and Steam: RoboFish_MkII
You might also like
assassins creedArticlesFeaturesReuben Williams-Smith