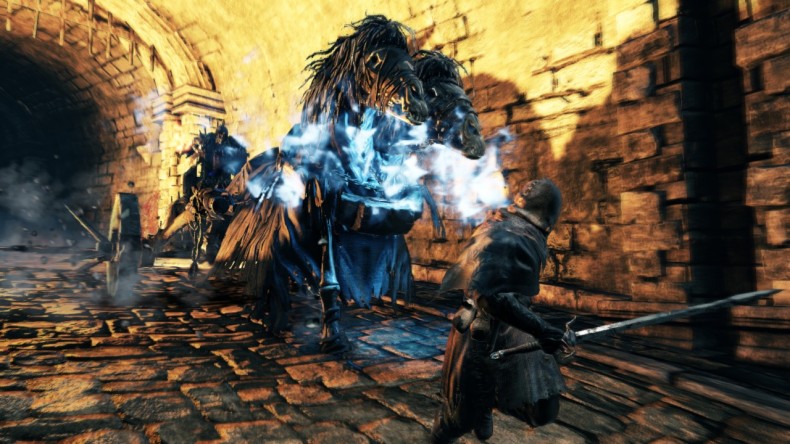 Back in the far off days of the 1980’s, video games were simple. Run from left to right, put the blocks in a line, collect the cherries and don’t get caught by the ghosts. But they were also difficult, the blocky graphics, awkward controls and sheer spite on the part of the designers conspiring to create interactive experiences designed to test their opponents mettle.

Men were men, women were men and Goombas were whatever it is that Goombas are. But fast forward to the early 2000’s and video games had gone soft. Set piece action, fluid controls and cowardice on the part of gamers had made them easy to pick up and play, and even

succeed, with out hours of practice, trial and error and the reflexes of a hyperactive cheetah. It was a dark time for video games, a time of unprecedented accessibility and joy for all concerned. Thank heavens then, for Demon’s Souls. A game which stomped onto the scene in the closing months of 2009 and proceeded to get Medieval on everyone’s asses. Combining a dark fantasy aesthetic with a gloomy, dank atmosphere and a difficulty level that would make even the most old school difficulty snob run crying to their mother.

Demon’s Souls gave gamers something most never knew that they wanted. And when the formula was refined even further by it’s spiritual successor Dark Souls (and that game’s sequel, Dark Souls 2) it launched a whole new genre of video game, the despair simulator. 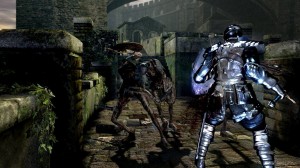 As popular as the the Souls game’s have become, Dark Souls in particular, the arrival of similar games was all but inevitable. Bound by Flame is the game that is quickly becoming the potential comparison of choice when looking at the future of Dark Souls and it’s ilk.

Whether it is truly trying to emulate the current king of the frustration-’em-up genre remains to be seen, but the similarities are undeniable. It features a fantasy realm laced with darkness and blood, a crafting system and a certainly level of inbuilt despair. It even has a lead character who’s struggling to cling to what remains of his humanity, although the various story trailers and artwork makes it clear that this is a mechanic central to the very present story, rather than a thing simply implied by the environment and NPCs, a laÂ Dark Souls. In fact, it does seem rather likely that Bound By Flame will be adhering to more of the familiar RPG tropes and ideas, which given Dark Souls‘ penchant for dividing potential players firmly into the love or hate categories, might be the best thing for it.

Regardless of your feelings towards it, however, there’s no denying that Dark Souls is a game unlike almost any other. In a world where the idea of putting off potential players with unfamiliar ideas or complicated mechanics is anathema to most developers it dares to fly in the face on convention.

I’ll be honest, I’m not personally a huge fan of Dark Souls. It’s just not my cup of tea. But I can appreciate that it is a perfect game of it’s type, a type that really didn’t exist in current gaming before Demon’s Souls was released. With the PR machine working overtime on getting Dark Souls 2 out to the masses, it seems that the title might be well on it’s way to becoming a household name. 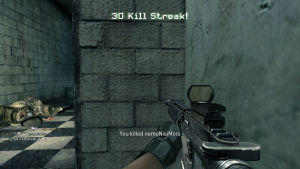 Whilst a fantasy RPG with a grim atmosphere, a lack of true competitive multiplayer and a difficulty curve about equal to open heart surgery will never beat the CoDs and Battlefields of the world sale wise (in the current climate anyway, but I like to live in hope), if Dark Souls becomes a big name franchise, then we can expect a large number of games increasing their own difficulty in order to horn in on some of the Souls’ market share in the hard-as-nails RPG department.

I’m sure many people will consider this a good thing. Plenty of people enjoy their current AAA titles for the spectacle, the shiny graphics and the feel good, relaxation factor. Dark Souls has plenty of the first two and absolutely none of the latter, which is probably it’s biggest barrier to household name status. And they’re not wrong. I like challenge as much as the next self-respecting gamer, but a world in which every game available is determined to punish you for breathing incorrectly might get a little exhausting. Although as mentioned earlier, that’s largely unlikely to happen. Probably.

But in truth, it might not be the worst thing in the world. As nightmarish as a world composed entirely of Dark Souls rip offs would be; an increased focus on deep, involving single player titles with engaging and complex mechanics, an interesting world and a story delivered through exploration rather than exposition would be serious change in the line up of the average gamer’s library.

And at the risk of sounding snobbish, encouraging players to think a little might not be the worst thing in the world, especially when compared with the “press A to win” attitude of plenty of games. Dark Souls is difficult, absolutely, but it’s also (mostly) fair. If the increasing popularity of Souls games causes games developers to change the way they approach the implementation of challenge in future titles, then it’s probably no bad thing. Worst case scenario: it accidentally creates a generation of gamers who can’t enjoy games unless they’re constantly dying. Which will hopefully make the death matches much easier for the rest of us.

Staff Writer Reuben is a student, a nerd and an all round SpaceBadass. When heâ€™s not playing games in his free time he reads anything he can get his hands on, is an aspiring stand-up comedian and makes gaming videos on Youtube. He decied to try writing because it was neater than leaving all of the words in his head, where they were liable to clutter the place up. Heâ€™s owned every iteration of the Pokemon franchise (he usually chooses the Grass starter, except Chikorita, because why would you?), completed Borderlands 2 more times than can possibly be good for his mental health and owns a worryingly large collection of gaming reference t-shirts. He usually plays both PS3 and Xbox 360 games, but is probably going to jump to PC for the next generation. He hopes to contribute as much to SpawnFirst as he can, and he feels really stange about writing in third person. He may also have over written his bio. Xbox Live: CruelCoffee, PSN and Steam: RoboFish_MkII
You might also like
Bound By Flame