Have you ever dreamed of immortality? Well, you know what the say,Â immortality is overrated. 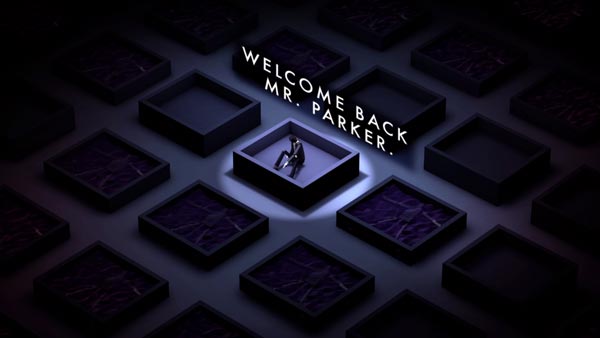 In Sam Farmers new game, Last Life, the player is thrown into a noir-style deceive story where the main character, Mr. Parker, is trying to solve his own murder. Wait… What? Solve his own murder? Well, lucky for him, he was gunned down right before the annual Dead Man’s Party, a day where all the recently deceased are brought back to life (with the use of 3D printing) to enjoy one final night of fun at the customary gala. After the party ends, Parker has no intention to return to his eternal slumber. Instead, he decides to go after his murderer. He has just four hours to break out of the 3D printing facility, investigate and solve the case of his murder, and possibly uncover some of the worlds darker secrets. It’s a race against time that he shouldn’t have.

The world around Parker is just as important as the protagonist himself. Set 11 years after the destruction of Earth, Parker finds himself living in the seemingly perfect streets of MarsTopia. This apparent martian utopia is run like clockwork by the squeaky-clean United Corps. Like in all good dystopic fiction, Parker is set on a path that will allow him to uncover the dark inner-workings of the United Corps.

As Mr. Parker, the player will work their way through the mean streets of Mars. Parker’s primary quest is personal, he is trying to find his murderer. But, his investigation will lead him into the darkest recesses of MarsTopia; from AI corruption to corporate espionage, and possibly to the conspiracy that led to the destruction of Earth, Mr. Parker’s final hours on the big red planet are sure to be memorable. 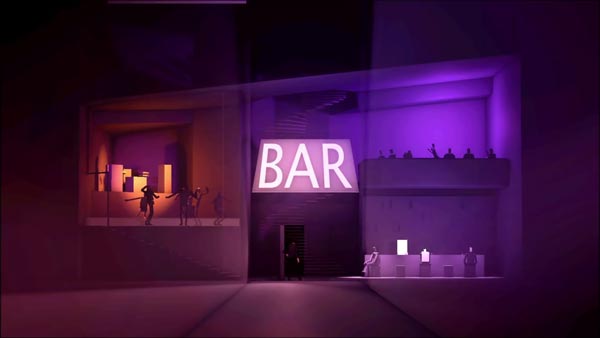 The game will play as a point and click adventure game, taking inspiration from modern games such as The Walking Dead and Broken Age. The game will consist of three episodes, this kickstarter campaign will only fund the first episode.

As a big fan of noir-style movies and TellTale’s games, I am am literally pounding on my keyboard as I type this out of excitement. The story takes on a science-ficitony noir style that seems to hold on to some tropes of the noir genre, while breaking new barriers the hybrid genre of sci-fi noir. The music alone gives a sense of foreboding and suspense, I cannot wait to see how the tension builds within the seemingly masterful story.

Currently, the game is already funded. Any excess funds should go into the production of the next two episodes. With a story as engrossing as this one, I am sure we will all want to see the end of Mr. Parker’s story.

Last Life will be released on PC, Mac, and Linux with a release date TBA.

For even more information on the game, check out the website!

Associate Editor Jake is a graduate from Central Michigan University where he earned his B.A. in history. He loves reading, writing, and playing video games (of course!). He's a sucker for a good single-player experience and devours video games at a ridiculous rate.
You might also like
indieArticles