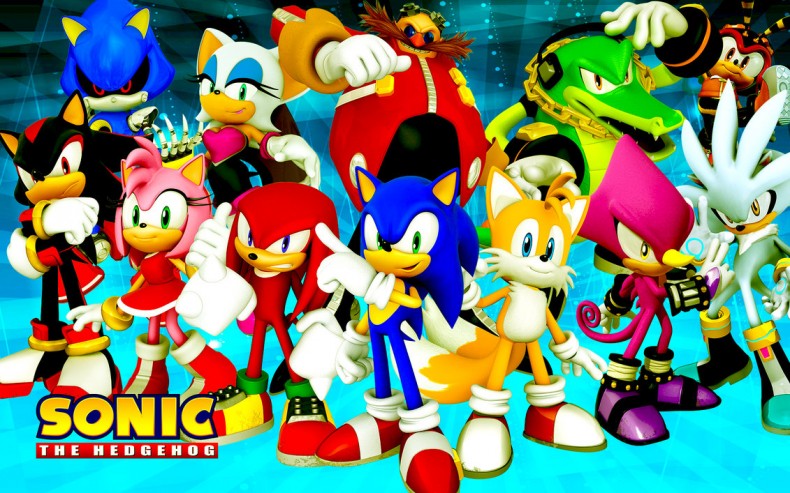 I’m yet to play Sonic: Lost World on either the Wii U or 3DS, but when it arrived in November it nevertheless managed to fill me with a sense of disappointment on two levels. The first reason was something that as a Sonic fan of nearly twenty five years I should have known better than to expect anything to the contrary: it was received fairly poorly. I know, I know; it shouldn’t have come as a surprise, but after the sublime Sonic Generations I honestly hoped that Sega was getting Sonic back on track. Instead, Lost World was criticized for committing the same old mistakes while – in its mission to leech off some of Super Mario Galaxy‘s success – incorporating level designs that oftentimes slowed Sonic down to a crawl. The more I read and watched after the reviews began rolling in, the less enticing the game became.

The second reason Sonic: Lost World disappointed me? It wasn’t on Vita. If it had been then no doubt the temptation to pick it up would by now have proven to much to resist. Unfortunately for me, the chances of a new Sonic game gracing my handheld of choice in the foreseeable future are slim at best thanks to a three-game exclusivity deal between Sega and Nintendo concerning newÂ Sonic the Hedgehog titles. This basically means that Sonic: Lost World, this year’s Mario & Sonic at the Sochi 2014 Olympic Winter Games and an unannounced third game will remain solely within the Nintendo ecosystem for as long as the exclusivity deal is in effect, so it’s not too big a stretch to imagine that a Vita installment wouldn’t surface until 2015 at the very earliest.

This saddens me, because I really want a Sonic game on the Vita. Sonic & All-Stars Racing Transformed was pretty awesome, but it’s no substitute for a bona fide adventure starring everyone’s favourite blue hedgehog. I’ve even reachedÂ the point where I’d be willing to put aside my opinions that porting home console games to the Vita is bordering on sinful and happily make do with one of Sonic’s less woeful outings making the transition from living room to portable OLED. These are the games whose Vita ports would have me jumping for joy. Sonic 3 & Knuckles: the best Sonic has ever been and likely ever will be.

There were drawbacks to this otherwise stellar compendium of Sonic’s golden age of platforming, however. The game was irritatingly rife with bugs – prone to sound hiccups and all out crashing – and the framerate sometimes chugged something chronic. It’s likely that poor emulation was the culprit here; it’s not like the DS isn’t capable of seamlessly running games from the 16-bit era.

If Sonic Classic Collection was to make its way to the Vita, I’d never moan about the absence of the blue blur on Sony’s handheld platform ever again. With ample effort made to make the transition from Genesis to Vita smoother than the move to DS, this would be an essential purchase for anyone with a Vita in their possession. Released across 2010 and 2012 in an episodic format, Sonic the Hedgehog 4 was Sega’s attempt to get the fans (myself included) off their backs – for just a short while at least – by caving in and giving us a brand new 2D Sonic the Hedgehog adventure to sink our teeth into. Problem was that Sonic 4 wasn’t entirely new at all; the vast majority of the Zones, standard enemies and boss encounters were recycled from Sonic’s Genesis days.Â Nonetheless, the content that was new was pretty cool – the final boss aboard the Death Egg mk.2 being a standout moment – and in all fairness Sonic 4 was a decent enough game, but it could be improved upon for a Vita release.

While Episode IIÂ featured the slick and fluid gameplay you’d expect from a 2D Sonic title, its predecessor’sÂ physics were seriously out of whack. Sonic felt less like the blue breaker of sound barriers and more like the hedgehog entails you might find clinging to the wheels of your car, which made it incredibly difficult to build up any momentum. Also, theÂ running animation when Sonic was going full pelt in Episode I failed to convey the sense that you were zipping around at the speed of sound. Both of these issues were thankfully rectified in Episode II; by transferring the physics and animation from the latter episode into the former, Sonic the Hedgehog 4 would not only play more favourably but also present a game with far more cohesion.

Finally, the pricing needs a serious rethink. When it originally released on the Xbox 360, for example, both episodes would have set you back a staggering 1,200 Microsoft Points (the equivalent of around $15 US) apiece, which is nothing short of criminal. Not even Episode Metal, an exclusive bonus for customers who purchased Episode I and Episode II on the same console, could counterbalance the woefully off-kilter price structure, as its four levels could be blown through in the wrong side of thirty minutes. Sonic the Hedgehog 4 on the Vita should represent better value for money than its home console counterparts; bundling together Episode I, Episode II and Episode Metal for, let’s say, $15 would maks it a far more enticing proposition. Why can’t every Sonic game be this awesome?

Ah, Sonic Generations. If ever there was a game that perfectly embodies precisely what heights Sonic can soar to whether he’s placed in an old school 2D platformer or a lightning fast 3D action game, then this is most certainly it. In 2011, Generations was a fitting celebration of the twentieth anniversary of Sega’s mascot, as well as a nigh on flawlessly executed love letter to the legions of Sonic fans the world over, bringing together old and modern Sonic the Hedgehog gameplay mechanics into what proved to be the most successful outing for the blue blur in well over a decade. The only bad thing about Generations is that it puts a spotlight on how bad Sonic games generally are.

In fact, Sonic Generations is such a tour de force of how not to balls up a Sonic the Hedgehog title, a potential Vita port would require very little tweaking, save for a slight graphical downgrade in order to keep the framerate silky smooth. Oh and, Sega, if you’re reading this: if a Vita version of Sonic Generations is indeed on the cards, please don’t cheat us out of the most enjoyable, well constructed and generally not crap Sonic title in ages; we’ll take the home console version and not the 3DS game, if you’d be so kind. Extra Vita-exclusive levels wouldn’t go amiss either. Just sayin’. The Internet is chock full of people who are only too glad to recklessly toy with my emotions.

There’s a small catch to Sonic Adventure HD Collection putting in an appearance on Vita: it doesn’t actually exist. The image to the right is actually a screenshot taken from a fan-made trailer I stumbled upon a while back – while scouring the Internet for any news on a potential Sonic Adventure 3 – created by some inconsiderate, thoughtless, maniacal, sadistic asshat who has no qualms about raising my hopes up to almost nerdgasm levels, only to bring them crashing back down to Earth like the Death Egg during the finale of Sonic & Knuckles (see? I really am a nerd). So as much as I would love having Sonic’s duo of Dreamcast outings on Vita, for the time being it’s not happening.

Former Staff Writer Mark hails from Cardiff in the UK and his interests include videogames (obviously), Marvel Comics and playing Pathfinder with his wife. Yeah, his wife. You WISH your wife was that much of a nerd. He also has an unhealthy obsession with Sonic the Hedgehog, which has resulted in him listening to the Sonic Generations soundtrack on a loop since he bought it. He no longer has any neighbours.
You might also like
FeaturesArticlesFeaturesMark Reece

Players May Be Able To Have PS3 Vs PS4 Multiplayer Games