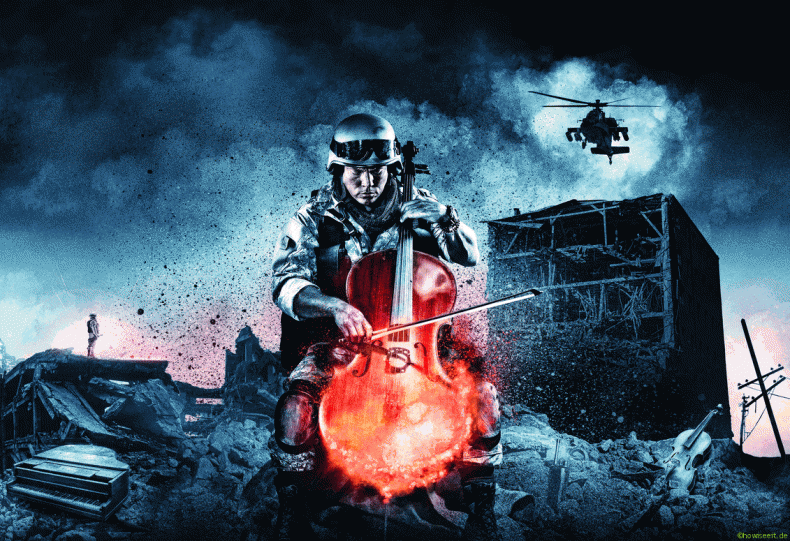 Can you imagine playing a video game that had no sounds or songs? It would extremely boring, dull, and just plain weird wouldn’t it? Songs make the difference between a dull dust collector to an always in the disc tray title. When one thinks of songs and themes in games most think of the iconic Pokemon, Mario, or Mega Man themes but there is much more to it than that. Songs relay emotions and they really determine how you feel about a certain game or an event in that said game. You want a great theme or intro to every game as well as great battle music and random background music that plays as you explore and adventure. Songs in games make a huge impact and the SpawnFirst staff got together to pick our top 5 songs we love from our favorite games. Laura Chandler – Mass Effect 3: “An End, Once and for All”

I’m the type of person who can indefinitely run something into the ground, I guess you might say I have an addictive personality. This rings true whenever I indulge in one of my favorite activities, which are video games. Mass Effect is my one true love; I don’t think I’ve ever been this obsessed with a series before. So every morning I wake up to songs from my favorite video game series. The one song that stands tall above the rest is “An End, Once and for All” by Clint Mansell and Sam Hulick from Mass Effect 3.

It’s so hauntingly beautiful and reminds the player why they chose to stick with the game for so many years. You truly feel like the sacrificial savior of the galaxy. The melody is slow and reminiscent of the song “Leaving Earth,” where your Shepard was forced to leave his/her home behind to save everyone. It also reminds the player of all the characters lost; don’t lie to me and say you didn’t cry when Mordin Solus went to cure the Genophage. Bioware does an outstanding job of creating unforgettable characters that impact us when we play their games. Their songs are right on par with their writing as well, able to construe a mass effect to the feelings of the player. Yes, pun intended.

The song perfectly summarizes the Mass Effect Trilogy; it begins slow and beautiful and ends with a loud, and an almost scared sounding, chaos. Shepard has touched the lives of those in the game and out of the game. “An End, Once and for All” is not only for the in game characters who have lost their beloved and heroic leader, but for the players who have experienced one of the most interesting and heart-wrenching game series. Whenever I hear the song I immediately remember my specific experience with the game and almost tear up from it. You can say I’m a little more than obsessed. Time seems to pass slower as a child, and looking back now it’s hard to believe I only waited two years for “Ocarina of Time.” 1996 was the year I received my first personal console, the Nintendo 64; my parents basically purchased every game that was available, along with a subscription to Nintendo Power…and that’s when Legend of Zelda became front and center. Each issue I would flip to the last page to see any release information, but nothing.

Finally, Christmas 1998 came and the paper couldn’t hide the box’s shape. I tore through the paper, ran to my N64, and popped the golden cart in.

It was an explosion of all the hype and expectations of two years released in one soothing song. This is what the Nintendo 64 was capable of; living up to my hype through only a start screen. For over half an hour I just let the title roll, watching Epona gallop as the music played behind. The track on its own is amazing, but the memories of a simpler time in life and gaming will always catapult it to my mind’s forefront. Let me preface this by saying that The Legend of Zelda series far and away has the best music in the video game genre. That being said, its too easy for me to just pick my favorite Zelda song for this list. I wanted to think about another game where the music wasn’t only memorable but also made me emotional. After I thought about this, it was easy for me to choose the Ethan Mars theme from Heavy Rain.

Heavy Rain is one of my favorite games on the PS3. Some may argue that it is hardly a game and to that I would agree in a sense. Regardless, Heavy Rain is probably the most emotional game I’ve ever played. Just hearing this song makes me remember the sadness and despair that Ethan felt while looking for his kidnapped son. The bleakness of the game is directly in corrolation with this song.

Any time I hear the three main chords in this piece it makes me feel like I just got hit by a freight train. To this day, Heavy Rain is one of the few games I’ve ever played that put me on the cusp of tears. If it weren’t for this song however, I don’t think it would’ve had the same effect on me.

On one last note, the game’s composer Normand Corbeil passed away last year and I would just like to personally thank him for his fabulous work on not only Heavy Rain but on his many other projects. You will be missed, Normand. It’s no secret that I’m a fan of the Metal Gear Solid series, in fact Metal Gear Solid 3: Snake Eater is my favorite game off all time. Everything about the game blew me away, the voice acting was great, the graphics amazed me and the soundtrack was perfect. The music, the cinematography, everything in the game resonated with me. From the initial H.A.L.O jump I knew it was going to be one of the best games I had ever played. To this day I can still fully recall the music featured in the game, composed by Harry Gregson-Williams and others. There’s one song in particular that has stuck with me all these years and that’s the Main Theme from the game.

There are several points in MGS3 where the Main Theme is used but the one that sticks out to me the most is when Snake is escaping from Groznyj Grad, through the sewers, after being heavily tortured. You have no weapons, bar a fork and a revolver with no bullets, and are being chased by Ocelot and his men, the music kicks in and heightens the tension tenfold (begins at 3:20).

There’s another part of the Main Theme that I really enjoy, it’s played during the end credits for MGS3 (begins at 5:10). It matches the mood of the final moments of the game perfectly and brings the game to an end in a very fitting way. When it comes to video games a couple things really make a game stand out such as graphics, story, gameplay, and soundtrack. A games soundtrack can easily be its strong point as the form of music can relay an extreme amount of emotion to the listener and player especially during a battle or a cut scene.

One of my favorite games of all time is definitely Final Fantasy X and rightfully so as this game delivers in every category. With a large world to explore, many foes and bosses to defeat, and an incredible soundtrack this game kept me entertained for years as I found myself replaying this game multiple times. Since this game was just released on the PS3 / PS Vita as an HD Remaster I have found much joy in reliving all of the great sounds this game has to offer. The sounds you hear when you enter a battle is very important in games as it will deliver a sense of power and really pump up the player. If the game has soft battle music then I would not want to battle as it would make me feel calm and bored, however if the game has an upbeat battle theme then I would feel more excited to get into battles each time and feel like a badass when I defeat each enemy.

Final Fantasy X has a great soundtrack all around but the battle theme in particular really got stuck in my heard the most. It has a great upbeat feel to it and many sound elements through out the entire song. Mixing great variety of sound elements with and upbeat and fast paced tone really makes for some intense and addicting battles in the world that is Final Fantasy.

Avid hockey fan & lover of the Chicago Blackhawks. Most of my time, when I am not trying to figure out who Tyler Perry is, I am gaming, working, learning, watching hockey, or spending the day with loved ones. I believe in greatness from small beginnings. PSN: http://psnprofiles.com/darlingharbour
You might also like
heavy rainArticlesFeatures

Which Console Has the Best Exclusives?