Try Not to Screw This Up, WB Montreal 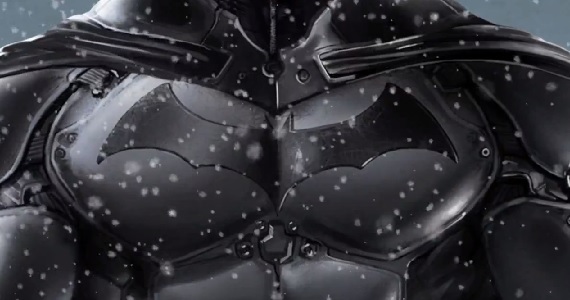 Never have I had such a drastic change in emotions than when I heard the news a few days ago.Â  A new Arkham game was announced?Â  F#@$ YEAH!Â  Butâ€¦ itâ€™s not being developed by Rocksteady?Â  Well, hereâ€™s a delightful video that accurately describe my reaction.

WB Montreal, the team said to be working on the title, has a lot on their plate right now.Â  They have to live up to the ludicrously high bar set by the previous installments of the Arkham series, which means making an action-adventure game thatâ€™s great fun and accessible to everyone, but still a Batfanâ€™s erotica.

And if Anne Hathaway isn’t in it, I’m returning the game

Not many details have been released to this point, except that (spoiler) youâ€™ll be playing as a millionaire orphan that runs around in the middle of the night dressed as a ridiculous black bat.Â  And he has some James Bond gadgets.Â  And personally knows Morgan Freeman.

Also known as the only black person in Gotham

Even with a great formula for success already laid out by Rocksteady, WB Montreal could easily crank out a mediocre iteration full of bugs, a muddled story, boring gameplay, or just straight-up give the gaming community a middle finger and have Batman fly through hoops to save the day.Â  So, in short, the Arkham series could become just another video game based on a superhero.

Or, they could put some effort into it and it could be awesome.Â  Itâ€™s their call, really, but Iâ€™d really appreciate the latter.Â  But just in case Warner Bros. Montreal is browsing gaming websites looking for suggestions, hereâ€™s what I want to see from Batman: Arkham Origins.

A Plot to Pull You In

A premise of the story was given when the title was announced: Batman is being hunted by assassins, namely the one who looks like Deadpool, in a hit organized by the Black Mask.Â  His motive is unclear, but we can only assume that heâ€™s pissed off at being stuck with the incredibly unimaginative name â€˜Black Mask.â€™ 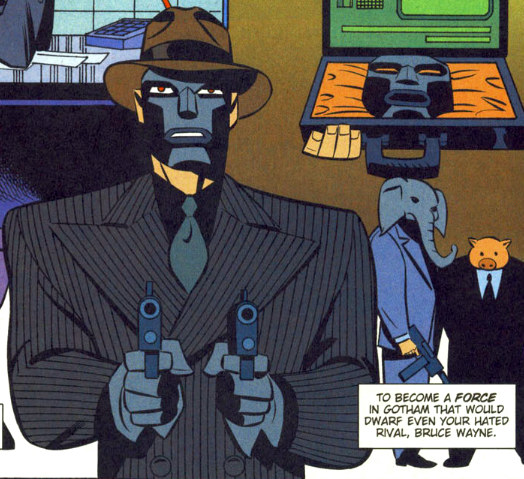 WB Montreal has yet to announce if his sidekicks, Elephant Mask and Pig Mask, will be also play a role in the story

While the stories in the first few Arkham games were nothing phenomenal, they were definitely a cut above most storytelling.Â  The cutscenes added much-needed spice, a great cast of Batâ€™s villains was used to set the stage, and the dialogue was great.Â  If, however, WB could manage to flesh out a story as fantastic as some of the animated adventures (like the splendid Under the Red Hood), then Iâ€™d be more than willing to pick up the game on day one, but mostly just so the dirty internet canâ€™t spoil the ending for me.

After racking my brain to come up with that delicious subheading (Iâ€™m on a roll with these puns), I started to realize how perfectly done the side missions were in Arkham City.Â  They featured villains in their natural habitat, like the Riddler and Deadshot, going through their ordinary affairs in the midst of Gotham.Â  That is, until Bats intervenes and puts a stop to all of their tomfoolery.

The side missions could easily have been my favorite part about the Arkham series.Â  No other game has utilized a creative license so well, digging deep into the universe of A-listers and squibs (sorry, Madhatter) alike to form a living, breathing dystopianÂ  world.Â  If the scope of these missions increased and WB Montreal tossed a few cutscenes into them for good measure, Iâ€™d be overjoyed.

Iâ€™m not sure why this picture exists, but I love that it does

Itâ€™s already been stated that Origins will have a bigger map than either of its predecessors.Â  Thatâ€™s all well and good but, as I tell ladies everywhere, sizeÂ isn’tÂ everything.Â  An enlarged map might be cool, but Iâ€™m more concerned about broadening the spectrum of the best aspects of gameplay.

Like in the shift from Arkham Asylum to Arkham City, Iâ€™ll be expecting a plethora of completely new free-flow combat moves, predator abilities, costumes, challenge missions, and the all-important arsenal of gadgets (although I wonâ€™t be too torn up if they leave out the classic Shark Repellent Bat-Spray).

This is exactly what I want when I say bigger, and I think we could all get on board with this.Â  The gameplay elements that the series is famous for (like the combat and gadgets) need to bring something new to the table, and not just repackage what we’ve seen in prior games.Â  WB could make the map bigger than anything we’ve ever seen, but I wonâ€™t be staying in it long itâ€™s not fun to zip around between buildings, freeze baddies with ice bombs, and punch Penguinâ€™s stupid face in. 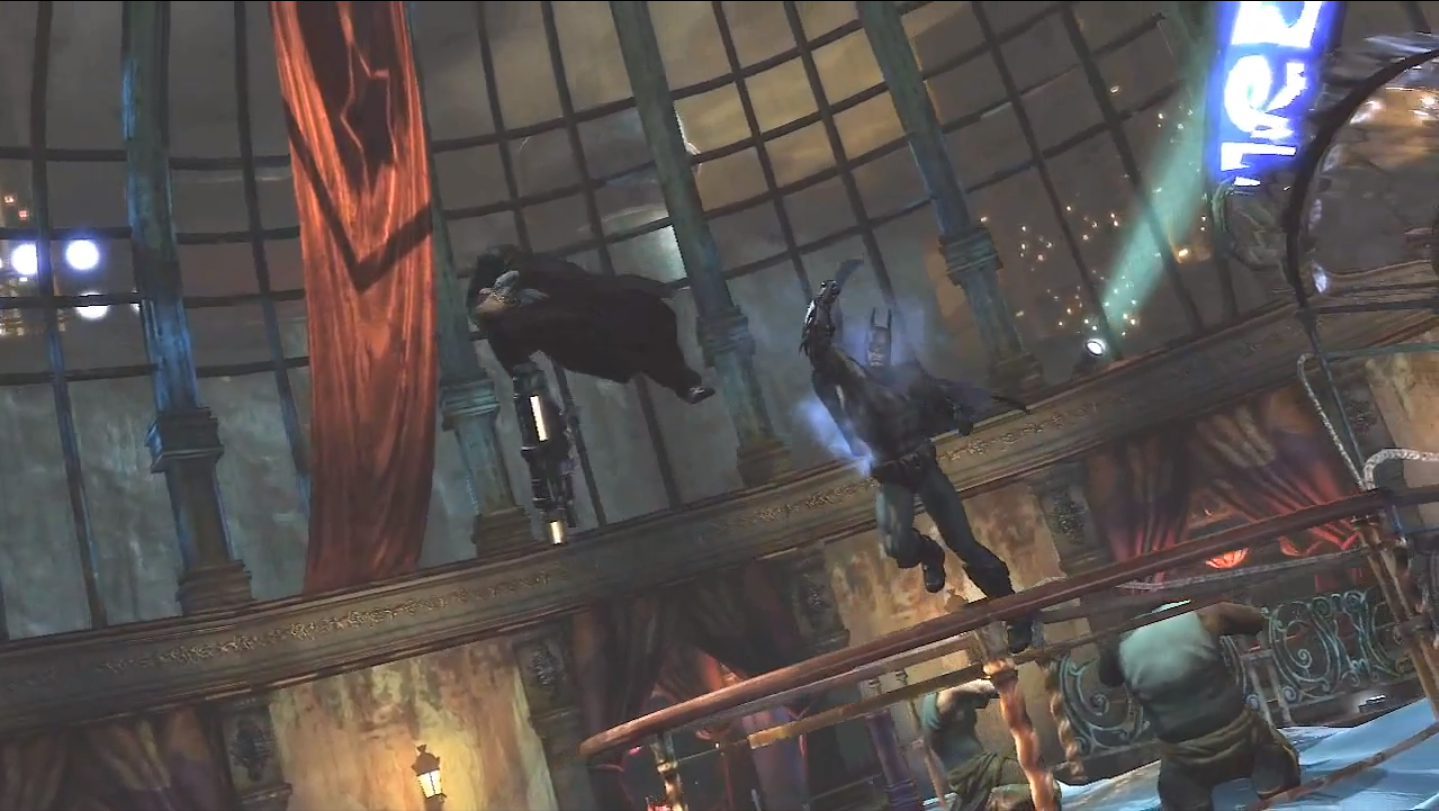 I was going to make a joke about a penguin learning to fly, but then I realized Iâ€™m better than that

Taking over a great franchise is tough, especially when the world is staring over your shoulder like a little kid watching someone play Pokemon. Â Theyâ€™re going to criticize every move you make, and if you screw up once, youâ€™ll never hear the end of how poor of a decision it was to keep tail whip as one of Blastoiseâ€™s four moves.Â  Screw you, Timmy, itâ€™s there for a reason, and Iâ€¦Â  Wait, what was I talking about before?

If this game turns out to be nothing more than DCâ€™s follow-up to Superman 64, I will be slightly agitated.Â  Iâ€™m pulling for you to make a quality title, WB Montreal, do not disappoint me. Â And at the very least, just please,Â pleaseÂ don’t turn this into Batman & Robin.

Former Contributor Nolan Alber is a college student from North Dakota. He enjoys rescuing puppies from burning buildings and beating up criminals on the streets, and often lies about his interests to make himself look better. Nolan is an avid gamer on PlayStation 3 and PC. He impulse-buys more video games than he can actually play, and is a fan of shooters and fighting games (even though heâ€™s terrible at the latter).
You might also like
batman arkham originsArticlesOpinion