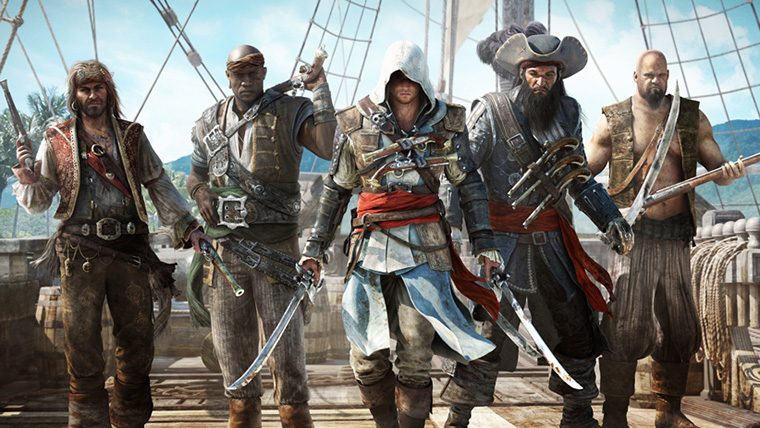 YouTube userÂ RajmanGamingHD has released anotherÂ Assassin’s Creed IV: Black Flag video. This time, comparing the PS3 and PS4 versions graphically. A side by side comparison video of the opening cutscene to Sequence 3 (replayed 3 times, fittingly enough). It doesn’t contain spoilers per se, but for all intents and purposes, here’s my official spoiler warning.

You can see a major difference between the two videos; the background is fully realized on the PS4 whereas on the PS3 the water and the trees in the far background are blurred. Even the opening to the cutscene has enhanced graphics on the water in the PS4 version. While Edward and Adewale are speaking to one another, a boat passes in the background; it looks to be two different boats between the consoles. On the PS3 version, it looks to be a simple sail boat with one sail whereas on the PS4 version it has 3 sails. Not a major difference but still something I felt the need to point out. Clearly the PS4 version is graphically superior. However, the gameplay shouldn’t be affected greatly by this difference other than in the visual department.

Former Editor-in-Chief Angie has a passion for gaming. She has never been able to put the controller down since first picking up an SNES controller at the age of 3. She loves researching anything gaming related and talking games amongst her friends.
You might also like
Graphics